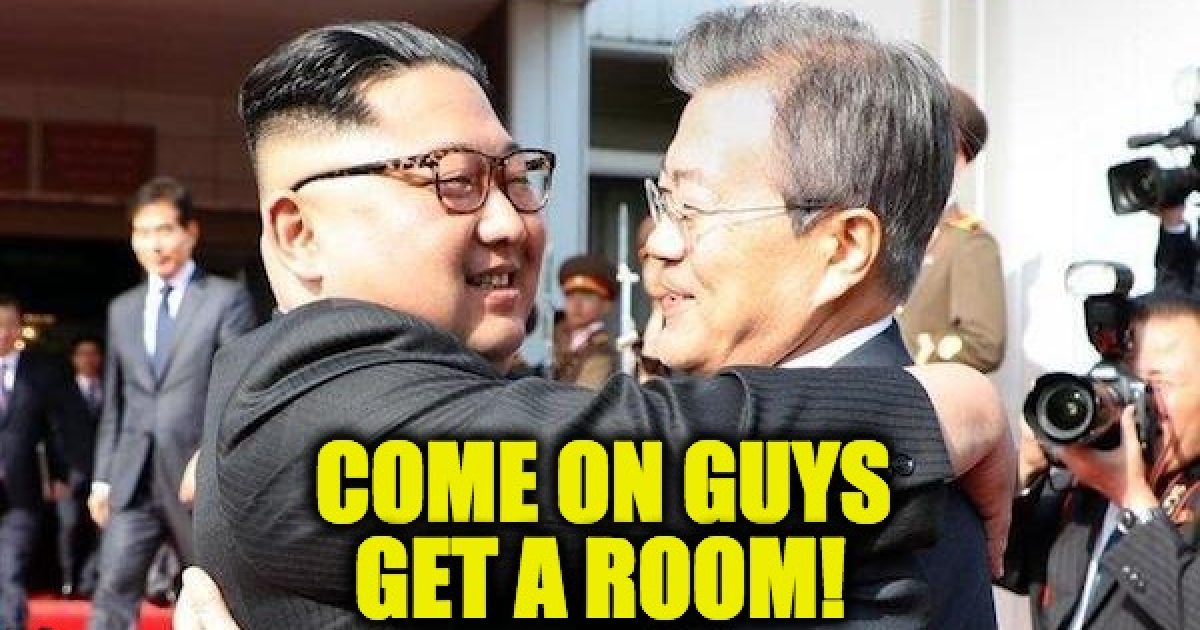 South Korean news service Yonhap news reports that North Korean despot Kim Jong Un intentions are back to where he was before his meeting with China. After a surprise meeting between the two Korean leaders requested by the North Korean leader, South Korean President Moon reported that the tyrant with the lousy haircut has reaffirmed his willingness to denuclearize and hold a summit with President Trump. In other words, President Trump’s withdrawal from the June 12th meeting had its desired effect, reigning in the North Korean dictator.

“Chairman Kim Jong-un has once again clearly expressed his commitment to the complete denuclearization of the Korean Peninsula following his pledge in the Panmunjom Declaration and expressed his willingness to end the history of war and confrontation through the success of the North Korea-U.S. summit,” Moon said of his latest summit with the North Korean leader held Saturday.

“We two leaders agreed the June 12 North Korea-U.S. summit must be successfully held,” he told a nationally televised press conference.

Sunday’s meeting was held on the North Korean side of Panmunjom which sits on the border of the two Koreas. The previous meeting between the two on April 27 was the south side of the line dividing the inter-Korean truce village of Panmunjom.

A few days before President Trump withdrew from the June 12th 3-way summit, North Korea canceled a meeting with the South. It is no coincidence that after Trump pulled out that Kim changed his mind and wanted a meeting with Moon.

“While explaining the outcome of my summit with U.S. President Trump held last week, I relayed the message that President Trump is firmly willing to end his country’s hostile relationship with North Korea and enhance economic cooperation should Chairman Kim make a decision on complete denuclearization and implements it,” Moon said.

“Also, as both Chairman Kim and President Trump sincerely wish for the success of the North-U.S. summit, I stressed the need for the two sides to remove any misunderstanding through direct communication and to hold enough dialogue on agenda issues that need to be addressed at their summit,” President Moon said, adding, “Chairman Kim also agreed.”

“Chairman Kim Jong-un once again clearly affirmed that his commitment to complete denuclearization remains firm yesterday. What remains uncertain to Chairman Kim Jong-un is whether he can trust the U.S. promise to end their hostile relationship and guarantee North Korea’s security once the North denuclearizes,” the president added.

Based on President post-Kim-meeting words and President Trump’s words in the days since he withdrew from the meeting, I wouldn’t be surprised if June 12 actually happened.  If it does happen, it’s only because of “The Art Of The Deal.’ However even if the meeting happens, we may not get the desired result. But last week cemented my confidence that unlike Obama, President Trump will walk away from a deal that is bad for America—he’s already done it once.