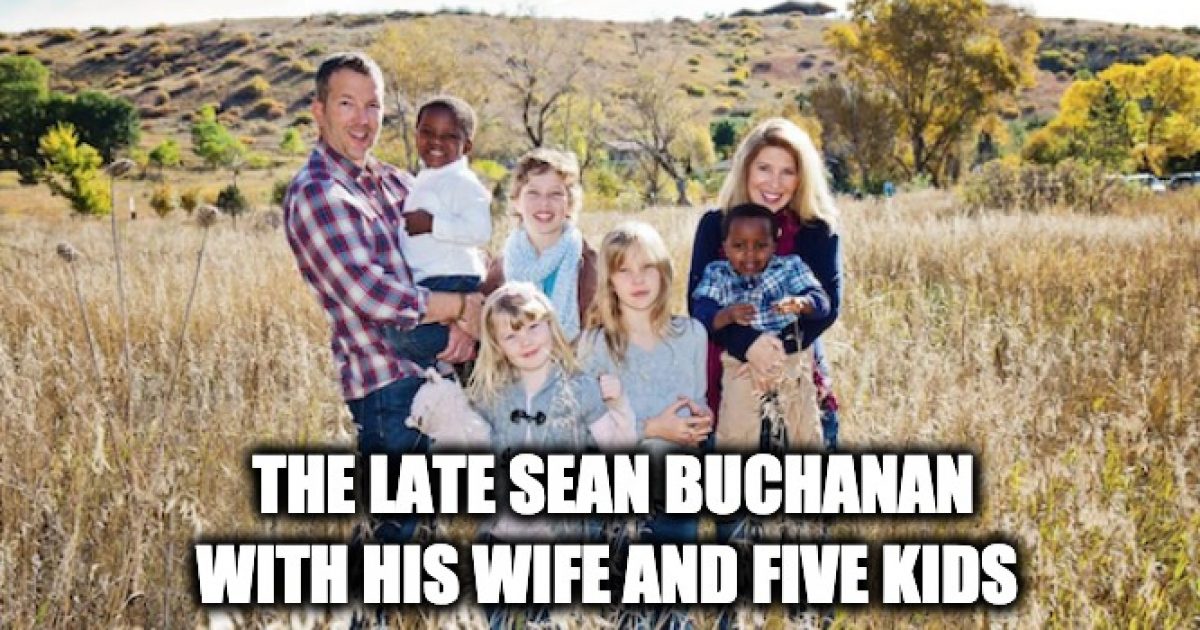 Back in January, as the government faced a potential shutdown over Democrats’ unwillingness to compromise on border security, CNN profiled one of the “victims” of the right’s “indifference,” the plight of an illegal alien who was already ordered to be deported. That illegal alien is now accused of killing a father of five.

His name was Miguel Ramirez Valiente, and CNN wrote:

An undocumented immigrant in Colorado says he’s taken shelter in a church because the government shutdown leaves him with no other choice.

Miguel Ramirez Valiente is facing a deportation order — but his lawyer says right now he has no way to fight it.

Most immigration courts are shuttered because of the shutdown. Judges are only hearing the cases of detained immigrants, while other cases are being postponed. But Immigration and Customs Enforcement’s fugitive operations and removal divisions are still operating.

So Ramirez Valiente stood at the pulpit at All Souls Unitarian Universalist Church in Colorado Springs, Colorado, on Wednesday and told reporters he was seeking sanctuary to fight for the chance to remain with his wife and three children.

And where is Ramirez Valiente now? He is still in the U.S. with his three children, and he has managed to skirt the law so far. As a result, five children from a different family are now without a father. 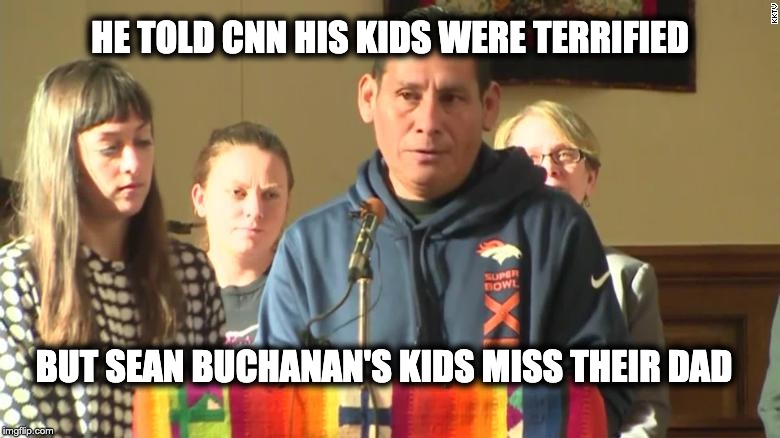 On Aug. 2, Ramirez Valiente struck and killed a man named Sean Buchanan while driving recklessly and without a valid license. According to Colorado State Patrol troopers, the father of five was riding his motorcycle on Highway 83 in Colorado Springs when Ramirez Valiente swerved into his lane and killed him.

Sean Buchanan just got a new job in Denver and was moving his family to a new home in Castle Rock. “Having five kids you have to be able to pour in a lot and he gave and he gave. He loved his kids so much,” his wife Kathy said.

Last Friday morning, the couple planned a romantic drive together to move some things to their new home. Sean made a last minute decision to ride his motorcycle so he could drop it off as they prepared to do a full move the next day.

“At the last minute he goes, ‘Oh, I should bring the bike up’ and I kinda felt cheated out of my date,” Kathy said.

Kathy drove up I-25 and Sean took Highway 83. They planned to meet at the new home and drive back together.

“He thought it was safer with all the construction on 25,” Kathy said. “He never showed up.”

“When I saw the lights and I saw an overturned truck and I saw his bike and I knew,” Kathy said.

Colorado Gov. Jared Polis, a Democrat, signed legislation in May that granted driver’s licenses to residents of the state, regardless of their immigration status.

“No matter where you come from you should be able to drive to work and take your kids to school without fear,” state Sen. Dominick Moreno, also a Democrat, said at the time of the bill signing.

Buchanan, his wife, and his five children should have been able to enjoy the same freedoms, which have now been denied them.

Despite a prior criminal record and no license, El Salvadoran illegal Miguel Valiente hit and killed an American in Denver killing a father of five

RT if you’re sick of Americans dying at the hands of illegal aliens!

Surely the media and leftists will now rush to Buchanan’s home to interview his wife and speak to the children, asking them what it’s like to grieve because of the actions an illegal alien.

If you perform a search of CNN’s website, you’ll find the original story about the plight of Ramirez Valiente but nothing about the family whose lives he permanently altered for the worse.

Aside from the obvious reality that had Ramirez Valiente entered the country illegally and was never deported despite an order, his acquaintances are coming forward to say he wasn’t quite the sympathetic person CNN made him out to be.

He had arrests for reckless endangerment in 2011 and 2016, along with a guilty plea of driving under the influence in 2017. One day before killing Buchanan, Ramirez Valiente had his probation for that same DUI extended due to his not having completed community service and alcohol therapy according to ABC Denver. He was not, however, suspected of being drunk when his truck hit Sean Buchanan on his motorcycle,

“This family deserves to know who they’re dealing with,” a close acquaintance of Ramirez Valiente said of the Buchanans. “He’s an alcoholic and an abuser.”

On Aug. 1, one day before the deadly crash, his probation for that DUI was extended because he had not completed alcohol therapy and community service. On August 9th ICE had him in custody, But he was in ICE custody before.

Ramirez Valiente was first discovered in the U.S. in August 2005 after he entered the country illegally in El Paso, Texas. He claimed he was from Mexico at the time and he was removed back to the country that day, Smock said.

It’s unclear when he re-entered the country, but he was again picked up by ICE after his April 2011 arrest in Douglas County for reckless endangerment – a charge that was later dropped. Smock said Ramirez Valiente was issued a notice to appear in immigration court and that he was released from ICE custody after he posted bond.

Since that April 2011 arrest, he has been fighting deportation.

And he never should have been in the damned country to begin with. Where’s the justice for the Buchanans?  Democrats do you have an answer?