The REAL Kids at the Border Problem: Kids Purchased By Illegal Aliens to Help Stay In U.S. 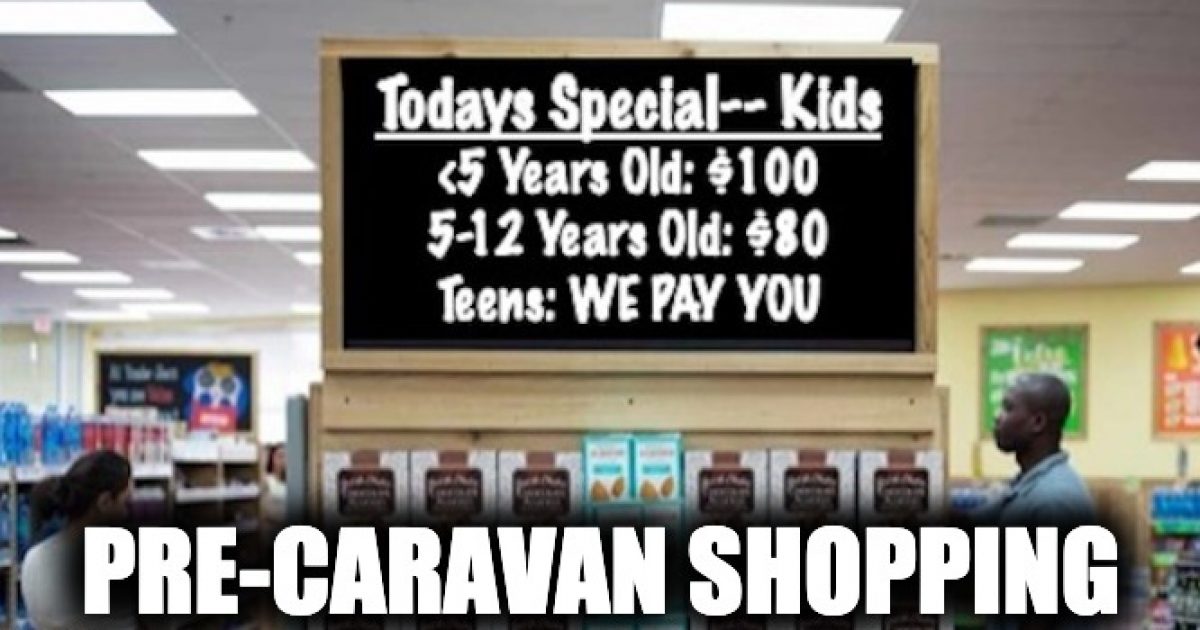 If liberals really cared about the kids in detention centers they would care about the kids purchased by illegal aliens to help them stay in the U.S. Eventually many of those children are sent home where they are recycled and sold or rented to a different illegal about to make the trip north.

As Angel mom Mary Ann Mendoza said in response to Alyssa Milano’s video where she feigns crying about separated children:

The percentage of trafficked children is so much higher than those separated. Thank goodness our Border Patrol men and women are aware of this and are helping those children whom Alyssa has never mentioned,”

The truth is that too many of these children are being separated from their families long before the walk to the U.S. begins.  The Epoch Times interviewed the Acting DHS Secretary about South and Central American children are being bought, sold, stolen, and “rented” over and over again to illegals trying to force their way into our country. Some of these babies as young as a few months and as old as five or six have been through the U.S. border over and over again after being sent back for some other illegals to pretend to be their parent.

“We’ve had indications … that it could cost anywhere from a few hundred—or even in some cases, less than $100—up to $1,000 or more,” said Kevin McAleenan, acting secretary of the Department of Homeland Security (DHS), during a congressional hearing on July 18.

McAleenan said in one case, a 51-year-old illegal alien had purchased a 6-month-old baby for $80 in Guatemala so that he could easily get into the United States. The man, a Honduran national, confessed to border agents when he was faced with a DNA test.

Back in May, this site reported that A DHS pilot program using rapid DNA testing at the border has found that nearly a third of Adults bringing kids across the border weren’t biologically related to the children in their custody. We’re not talking about step-parents, adoptive parents, etc., it is all about kids being used as a tool to get across the border. It’s time for that program to be examined.

Homeland Security Investigations, a division of Immigration and Customs Enforcement (ICE), sent 400 agents to El Paso and Rio Grande Valley, Texas, in mid-April to interview families that Border Patrol suspected were fake. In the past eight weeks, HSI special agents have identified 5,500 fraudulent families—about 15 percent of all cases referred.

McAleenan said agents have uncovered 921 fake documents, and 615 individuals have been prosecuted for trafficking or smuggling a child.

“That tells me that we might be scratching the surface of this problem and the number of children being put at risk might be even higher,” he said.

“Everybody knows that if they bring a child, they’ll be allowed to stay in the United States—they call it a ‘passport for migration.’ I heard that directly from a gentleman from Huehuetenango, the westernmost province of Guatemala.”

Children are being used as a “get out of jail free” card for illegal aliens to get into America. Adults, even unrelated adults know if they have children with them, they will probably be allowed to stay in the country.  Border agents have also encountered recycling rings, where innocent kids are used multiple times to help aliens gain illegal entry

“If they have an individual who wants to go to the United States and someone else has a child that they might want to make some additional money renting [out], or they want the child delivered to a relative in the United States,” they’ll buy fake documents and then get smuggled to the border.

“The vulnerabilities in our legal framework [are] incentivizing smugglers and families to put children at risk. The recycling problem is maybe the worst manifestation of that,” he said. Recycling refers to when a child is used by an adult to get across the border easily as a “family unit,” then sent back to be used again.

Folks this is child abuse! If the liberals want to fix the problem of children at detention centers they should stop blaming ICE, they are the ones taking care of the kids when they are dragged across the border by a total stranger. If they want to help they need to change the law so bringing a child along is no longer an illegal immigrant’s free ticket into the US. But the truth is that they don’t really care about the kids, they only care about politics.