Trump Is Correct! Kerry Violated Logan Act-More Than Once 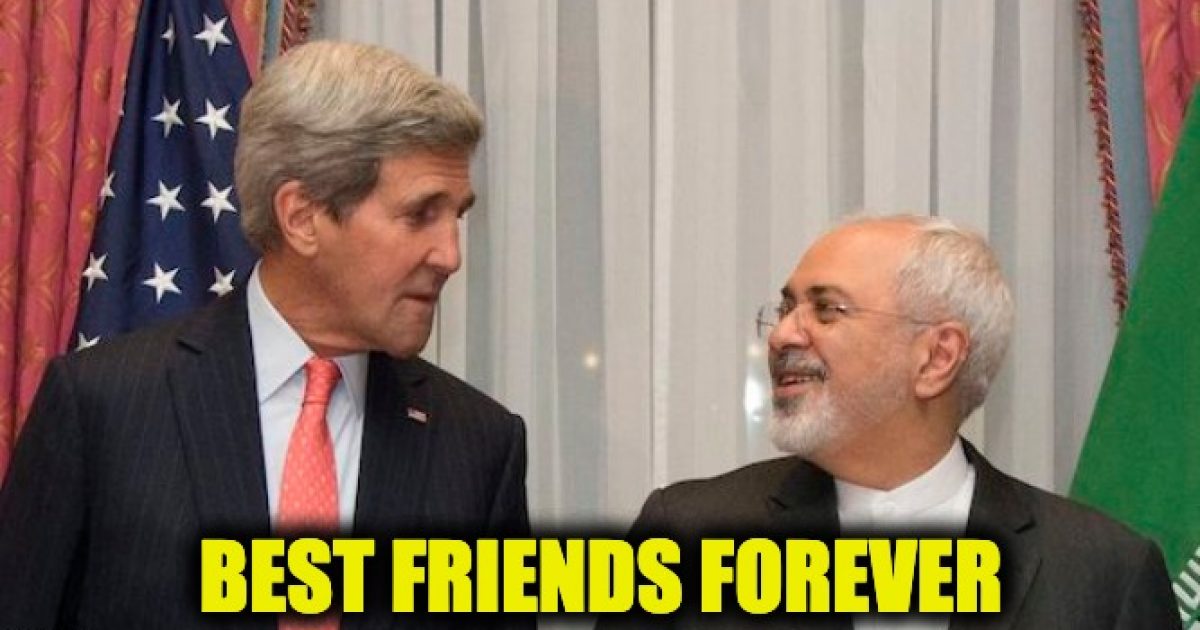 “You know John Kerry speaks to them a lot, and John Kerry tells them not to call. That’s a violation of the Logan Act, and frankly he should be prosecuted on that, But my people don’t want to do anything, only the Democrats do that kind of stuff. If it were the opposite way, they’d prosecute him under the Logan Act,”

But it will never happen because violating the Logan Act is a Democratic Party tradition.

During interviews to promote his new book this past September Kerry told an interviewer that he has met with Iranian Foreign Minister Javad Zarif three or four times since leaving office and that their talks touched on the international nuclear agreement which Kerry negotiated and President Trump withdrew from because it was such a bad deal or America. This was the first time Kerry admitted this violation, but in May of this year, the Boston Globe reported that he had been secretly meeting with the Iranian foreign minister and European leaders, advising them on how to save the flawed JCPOA. The President is saying that Kerry’s meetings were a violation of the Logan Act. And the stepfather of the Heinz Ketchup fortune has violated the Logan Act before.

In January 2018 Israeli Newspaper Ma’ariv reported that John Kerry had given a message to Palestinian Authority Pres. Abbas, “that he should stay strong in his spirit and play for time, that he should not break and will not yield to President Trump’s demands,” because Trump will be out of office within the year.”

There are those who say Senator Tom Cotton’s March 2015 open letter to the Iranian regime was an example of breaking the Logan Act. But the message wasn’t a negotiation, it didn’t even discuss possible terms of a deal. The Cotton letter signed by 47 Senators simply explained how the constitution worked and that any agreement that wasn’t ratified by the Senate could be overturned (which is precisely what happened).

John Kerry isn’t the only Democrat who became a foreign policy rogue. When Saddam Hussein’s forces invaded Kuwait on Aug. 2, 1990, before Bush’s invasion, the former peanut president  Democrat Jimmy Carter wrote to members of the United Nations Security Council and asked them not to support the use of force against Hussein.

When Saddam Hussein’s forces invaded Kuwait on Aug. 2, 1990, before Bush’s #41’s invasion, former the peanut president Jimmy Carter wrote to members of the United Nations Security Council and asked them not to support the use of force against Hussein that Bush was trying to get approved by the Security Council.

Even Barack Obama! Five months before the 2008 Election, Barack Obama secretly told Iraq to stall on the Status of Forces Agreement they were negotiating with Bush #43. Amir Taheri reported in the NY Post, “

After Obama became President the negotiations failed (some say on purpose) which opened up the door for ISIS to grow in Iraq.

However,  instead of being seen as a traitor who tried to ruin what eventually became a successful strategy to win the cold war, Ted Kennedy is seen as a great senator, “The Lion of The Senate,” he should be called the “Lying of the Senate.”

BTW the Logan Act was named after  Dr. George Logan, who took it upon himself to negotiate with France in 1798. It has nothing to do with the X-Man character Wolverine who is called Logan because it was the last name of his biological father.

CNN’s ‘Cult Expert’: All of America Needs Deprogramming Because of Trump
January 19th, 2021 The Mental Recession

Leading The People To Empty Promises: ‘Q-Anon’ Just Another Psyop To Keep You Distracted
January 19th, 2021 Sons of Liberty Media