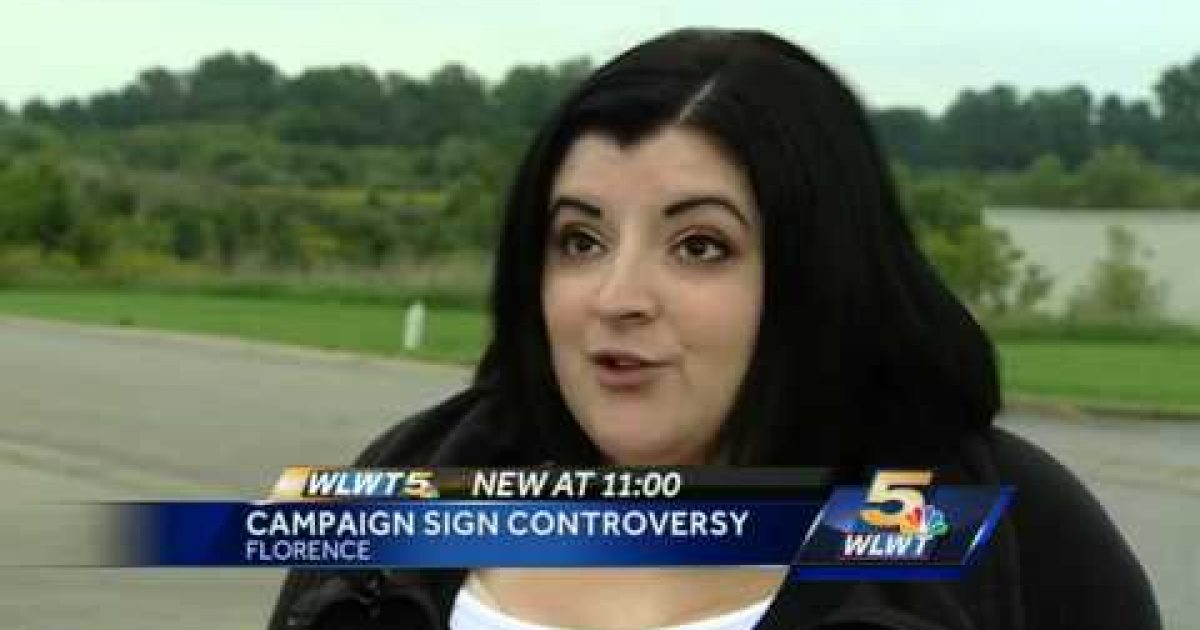 Robert Ransdell, is campaigning as a write-in U.S. Senate candidate in Kentucky. Emblazoned on his campaign signs is the hate-filled slogan, “With Jews We Lose!” While Ransdell knows he can’t defeat Mitch McConnell or Allison Grimes, he says the purpose of his campaign his to spread his anti-Semitic message.

TV Station WLWT in Kentucky began to investigate signs after receiving phone calls informing the station about the slogan.

The signs placed at US 25 and Mount Zion Road in Florence caught one driver off guard. “It’s ignorance. Complete ignorance and hate,” said Drea, who is disgusted with the campaign.

About 20 other signs are around Northern Kentucky and Ransdell said he hopes to roll out about 200 more in the coming weeks.

Drea, who wants to keep her last name private for fear of her family’s privacy, said she felt sick to her stomach after seeing the signs and wanted to speak out. “I could drive by it and act like oh whatever it’s just some idiot but when does one idiot become 20,” Drea said.

Online we have had a lot of positive feedback. Like I said, we’re going to find out what kind of feedback we get once we go out and take it to the people here in the state of Kentucky.

He added, “I believe that there is no such thing as racial equality. You see that in our cities everyday.”

In addition to posting his anti-Semitic signs, Ransdell has been wreaking general havoc. Last Wednesday, he appeared at the University of Kentucky’s Constitution Day event. He was removed from the stage after delivering a white nationalist screed, while displaying his campaign signs, to an audience of high school and college students expecting to hear a speech about the principles of the constitution.

“I was about to get to the Constitution before I was cut off,” Ransdell told a reporter for WKYT. “But I intended after traveling – I’m up here near Cincinnati – after traveling that far to be forthright about something I believe in.”

Ransdell is receiving campaign help from at least one other notable white nationalist. Kyle Hunt, the organizer of the “White Man’s March,” which took place nationally, and feebly, last March, registered Ransdell’s campaign website domain on Sept. 5. Hunt had been quiet since a bizarre April post in which he suggested using Easter egg hunts to promote white supremacy.

There is a bright side to the story of this creep running for office.  As bad as the people who run our government are…Ransdell proves it could be a lot worse.