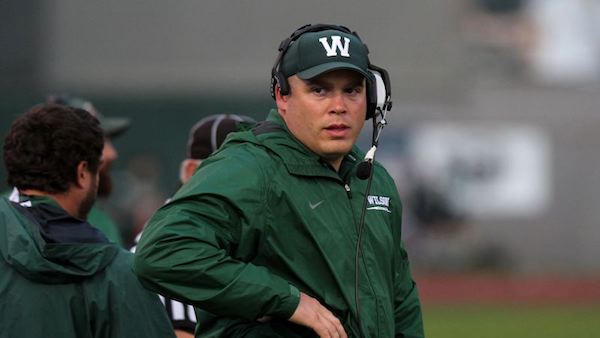 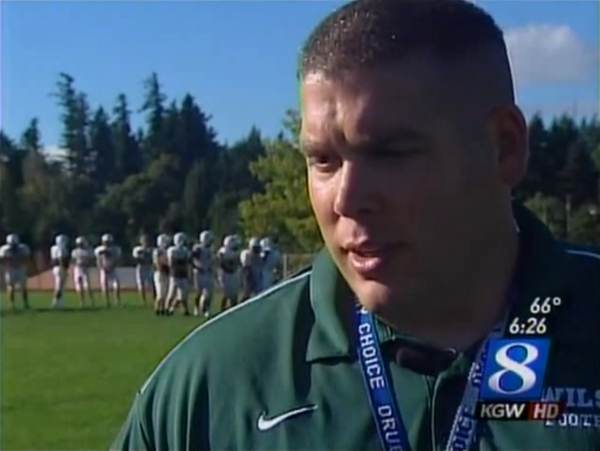 Sgt Duilio believes that outsiders pressured the school into firing him. He was hired for the coaching position in 2019, and news reports from then said that likely team would become a powerhouse with him at the helm. He was a coach who never wanted “to see a kid fail.” Here’ s report from his previous position at Wilson High School:

The school district denied that his dismissal had anything to do with his other job. But coincidentally (if you believe in coincidences) fliers with Duilio’s picture on them suddenly appeared stapled to telephone poles around Portland recently. The fliers associated Duilio with past police incidents. Past —like twenty years ago. Duilio says that some of the information on the fliers was “distorted.”

Duilio was one of three off-duty officers assaulted by at least five gang associates outside a downtown Portland restaurant, according to a 2001 story from The Oregonian. The assaults were thought to be retaliation, with previous contact between the assailants and the officers, who at the time were working in North Portland. Two officers were hospitalized from the attack, but Duilio was unharmed.

A separate incident, also nearly 20 years ago, involved Duilio’s shooting of Bruce Browne. The July 2001 shooting, which was a case of mistaken identity, resulted in a $200,000 settlement, The Oregonian reported. Duilio responded to a call about a man with a gun at a convenience store gas station on Northeast Martin Luther King Jr. Boulevard. Browne had wrestled a 9mm handgun from the man in question. Duilio mistook Browne for the man who had had the gun and shot and wounded him. A Multnomah County grand jury found no criminal wrongdoing, but Police Chief Mark Kroeker called the shooting “regretful” and visited Browne in the hospital.

A week ago, Duilio was called into the school district office and asked to resign. He respectfully declined. The third time he was requested to resign, he was dismissed and his contract was not renewed. All of which was a total surprise to the rest of the Cleveland High School community.

“He’s built relationships and partnerships with people and youth in the community. He lives in Portland, raises his family in Portland and has helped direct dozens of kids who may otherwise be going a different direction were they not playing football. It is a shame and unfair that they fired him based on the fact that he’s a Portland police officer. It is discriminatory and contrary to what they should be teaching kids in school.” Daryl Turner, president of the Portland Police Association

Duilio has been a coach for many years in various districts within the Portland area.  He’s worked at the Portland Police for 23 years and was a veteran coach working the Portland Interscholastic League (PIL) since 2006. Will he ever coach again? He’s open to the idea because he loves working with the kids. He says that coaching ties in with what he does, and someday he hopes to return to it.