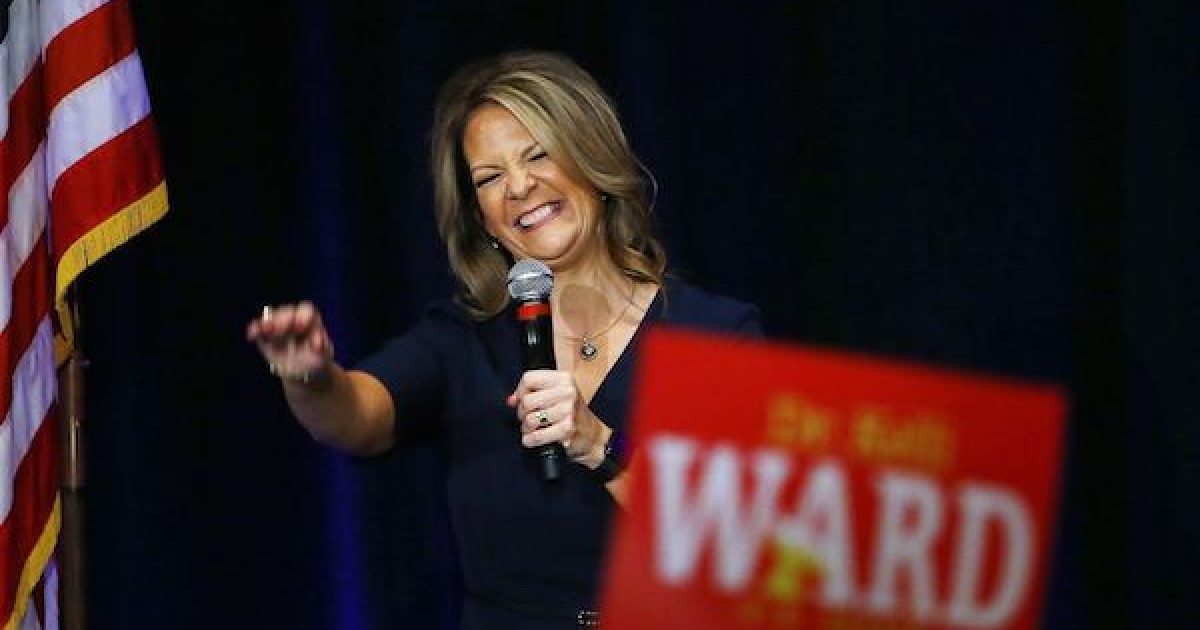 Did John McCain stop his medical treatments and die just to screw up Kelli Ward’s bus tour of Arizona in support of her candidacy for a seat in the U.S. Senate?

On Friday McCain’s family announced that Senator McCain had discontinued medical treatment for brain cancer. In other words, his brain cancer had advanced to the stage where medical treatment would no longer help and that he was a death’s door. John Williams, a Kelli Ward campaign staffer, wrote:

I wonder if it were just a coincidence that Sen McCain released his statement on the kickoff day of Kelli Ward’s bus tour or if it was a plan to take media attention off her campaign? I am not saying it was on purpose but it’s quite interesting.

Okay, so Williams is an a-hole that believes McCain got stopped his medical treatment to screw up Ward’s campaign. Well, he is just a staffer,  one would expect the candidate herself to disavow that statement ASAP and possibly fire Williams. She didn’t. Instead, she dug the hole deeper.

I think they wanted to have a particular narrative that they hope is negative to me.

Really?  They announced that McCain was about to die just to upset her candidacy?  Is she nuts?  Is it possible to be that full of one’s self to think that the McCain family made this decision to stop medical treatment only to interfere with your bus tour? That alone should disqualify Kelly Ward from holding office.

“The media loves a narrative. I’ve said, again and again, to pray for Senator McCain & his family. These decisions are terrible to have to make. I feel compassion for him and his family as they go through this. It’s not the McCains creating a narrative – it’s the media making something out of nothing. The media, the left, and the Establishment have the agenda. They’ve been attacking me over fake stories for a year on this issue. I ran against Mr. McCain. I don’t agree with his voting record and rhetoric. I pray for him as a man who is suffering.”

There is a time for political battles, and there are times for prayer.  This is the time for prayer and to comfort the bereaved. John McCain is an American hero who spent five and a half years in a North Vietnamese POW camp being tortured. He spent twenty-three years in the Navy, four years in the House, and almost thirty-two years the Senate. In other words, so far he has served fifty-seven years serving this country and should be honored for that service.

Politically John McCain was always the one to disappoint conservatives at the worst possible time, such as the 2008 campaign, or last year when he voted against the Obamacare-killing bill at the last possible moment.  But it doesn’t matter anymore. The guy died just a few hours after the Kelli Ward thread. 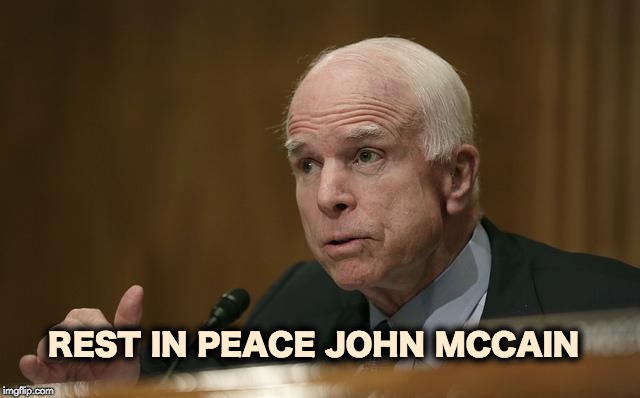 Personally, I have never been a big fan of McCain’s politics and if I lived in Arizona would have probably voted against him every time he ran. But as Kelli Ward should have known this isn’t a political issue.  John McCain was a human being, and he has mourners who love him dearly.  There is no reason for someone to make such a stupid comment like the one by Ms. Ward and her staffer.

Whether one agreed with him or not, John McCain was a man who dedicated most of his life to serving this country. May God protect the soul of John McCain, and may the Lord comfort all of his friends and loved ones who mourn for him today. May his memory always be for a blessing and may the people who have trashed him as he lay dying or after his death, learn the error of their ways.

Below is the tweet that exposed the Ward narcissism.

WHAT IS WRONG WITH YOU?@kelliwardaz staffer: I wonder if John McCain’s trying to steal attention from Ward’s bus tour by announcing his life is coming to an end.
Ward: Yup, it’s all about me. #AZSEN pic.twitter.com/AXKAOhKYkU