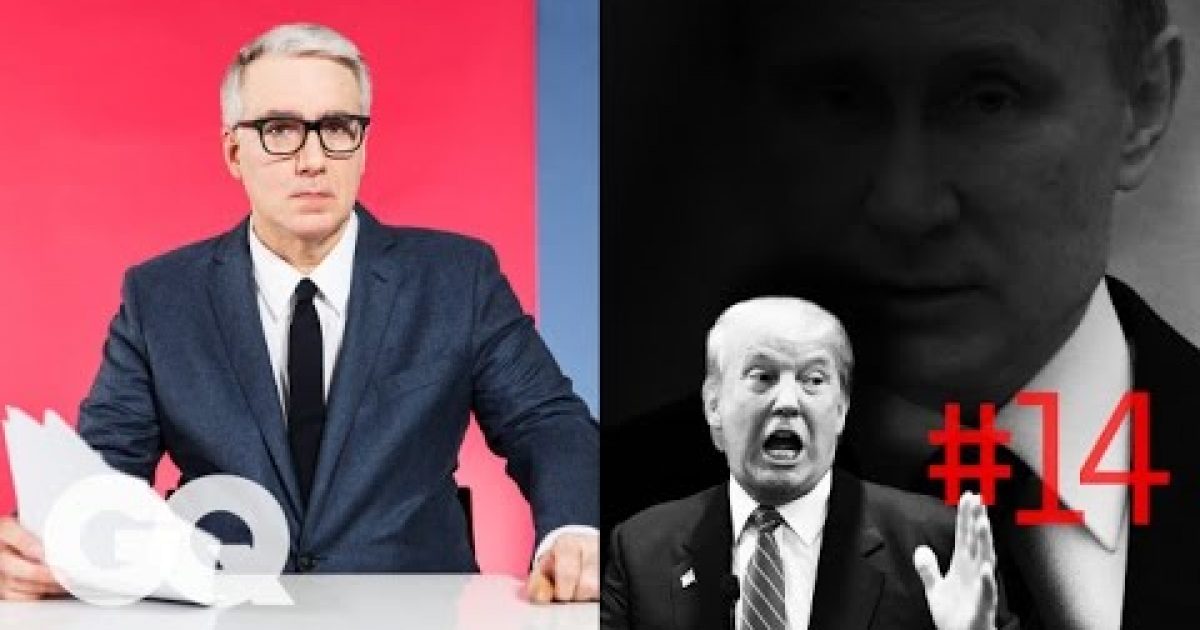 Keith Olbermann has gone on rants before but this is may be his most frothing-at-the-mouth-tin-foil-hat-crazy rant ever.   The inept commentator, who lost his marbles so long again that marbles were still in beta still cannot accept the results of the presidential election.

In nine minutes this long-overdue candidate for an industrial strength straight jacket and a nice padded room spews out almost 100 conspiracy theories (the guy has serious issues).

This screwball’s latest tirade includes the demand that people refuse to call the 45th President by his title–“Never address Trump as President. He is Trump. Just Trump. Never president.” Gee that will hurt President Trump’s feelings….almost as much as Hillary’s feelings were hurt that her corrupt keister was rejected by the America three times in the last five weeks; on election day, during the recounts and most recently the electoral college vote. Hey Keith you may not want to call Mr. Trump president, but guess what? You will never be able to call Hillary Clinton president!

Olbermann’s other demand is that liberals remind Trump supporters every single day daily that their candidate lost popular vote.  Hillary the non-president did win the popular vote.  In fact isn’t it so cool that in his first political campaign, President-Elect Trump, a supposed political amateur knew how to win, but Hillary Clinton who has been running for president for the past ten years didn’t know the popular vote meant nothing?  One of the reasons Hillary lost traditional blue states and the electoral college because she didn’t pay enough attention to those traditional blue states! In other words Keith, the fact that Clinton lost the election may be an indication that she has an I.Q. somewhere between idiot and the wood in the desk my computer sits on.

In the video below, Olbermann a sanity-challenged former sportscaster rants about resistance to Trump, and how it will continue, despite the Electoral College “failing to do its duty.” He said that “our long national nightmare is starting,” and that “Russia’s puppet is probably now ‘puppet-elect.’”

Perhaps it’s because Christmas is just a few days away, because I can’t come up with any other reason that GQ gave a platform to this fruitcake. The only people who watch the video and don’t react with scorn or pity for this man who used to appear on real TV networks, are dullards who lack the ability to spell cat without someone spotting them the “C” and the “A,”

Most viewers of this rant will follow the advice that Olbermann himself gives in the video, “If you see something stupid, call someone stupid.” Well Keith, I normally don’t like to put down someone who like you suffers from being out of touch with reality,  but since it was your suggestion….Olbermann you are stupid!!

Here’s a bit more of what he said:

“Resistance means find a Trump supporter everyday and remind them he lost the popular vote.

“There is also a passive-aggressive, subtler way to make this point clear. It is like most of the points that finally defeated the Republicans of the Bush-era. Those points succeeded not by suddenly knocking down walls, but instead by eroding them as would a river. Not using one word can be just as forceful as perpetually using another. Never address Trump as President. He is Trump. Just Trump. Never president. The title of President, that we must protect for a happier and more honest time. Resistance means refusal. Resist! Peace.”

Watch Olberman’s video (created with the help of GQ Magazine and posted on Real Clear Politics) below: