They screamed, they begged, cajoled but everyone called them liars.  Ever since the outline of the Obamacare began to be circulated people pointed out that the $500 billion dollars of Medicare savings were being double counted in the cost estimates. 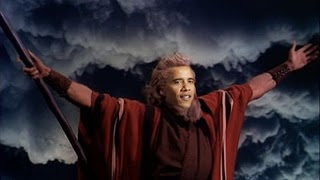 Yesterday the House Energy and Commerce Health Subcommittee heard testimony from Health and Human Services Secretary Kathleen Sebelius. Representative John Shimkus (R-IL) asked about the double counting of the $500 billion of savings which seemed to still helping the bottom line of Medicare and contributing to the funding of Obamacare.    He asked Sebelius which program was supposed to receive the benefit of that Medicare cut, she answered, “Both.”

WOW ! Maybe Obama is “the one”  he can spend $500 Billion Dollars, and the spend the same exact money on something else, that is magic of biblical proportion. I wonder if he can split the Reed Sea as an encore?”

The Obama administration and HHS have been criticized previously for double-counting. In a report last summer, HHS claimed a provision in the health-care law would extend the Medicare trust fund by 12 years. The Congressional Budget Office released a memo that said HHS’s math was more than a little off.

“[…] They cannot be set aside to pay for future Medicare spending and, at the same time, pay for current spending on other parts of the legislation or on other programs … To describe the full amount of HI trust fund savings as both improving the government’s ability to pay future Medicare benefits and financing new spending outside of Medicare would essentially double-count a large share of those savings,” said the CBO memo.

In other words we have been lied to.  Barack Obama’s signature Health Care plan will be adding at least an additional half a trillion dollars to the deficit. How’s that for revenue neutral?

This is not new news, just two months ago the Chief Medicare Actuary, Richard Foster testified before Congress and repeated what he reported at least twice before:

“My answer is a definitive yes and no,” Foster said when asked if Obama’s health law double-counted.

The funds go from the Medicare trust fund to the Treasury general fund, and then can be used to pay for Medicaid. But at some point, the trust fund will need the money it lent out, perhaps when it comes time to pay recipients out of the fund.

It gets even better, the Health and Human Services reason for the double counting?  Its the way they’ve always did it. 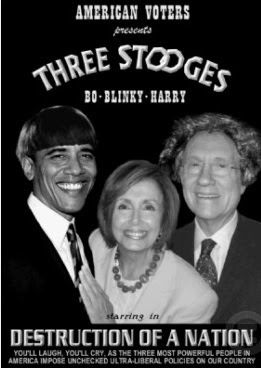 UPDATE: When contacted by The Daily Caller, Richard Sorian, Assistant Secretary for Public Affairs had this to say:

“The scoring of the Affordable Care Act is entirely consistent with how legislation has been scored for the 30 years, under Presidents of both parties, and Congresses of both parties. Savings in programs like Medicare and Social Security are scored as improving the solvency of those programs and reducing the deficit.”

Even if that is true, that it has always been done that way, it does not cover the fact that people have been screaming about the double counting for two years, only to be called liars. This is just one more example of how the Progressives who still control half the legislature and the presidency have lied to us about Obamacare every step of the way.  It’s like Nancy Pelosi said, we wouldn’t really find out what is in the bill until it was passed.  And with each day we are finding out that Pelosi, Reid and Obama, the Three Progressive Stooges sold us a pig in a poke.

Texas Senate Passes Bill That Allows People To Carry Handguns Without Needing A License
May 6th, 2021 The Political Cowboy