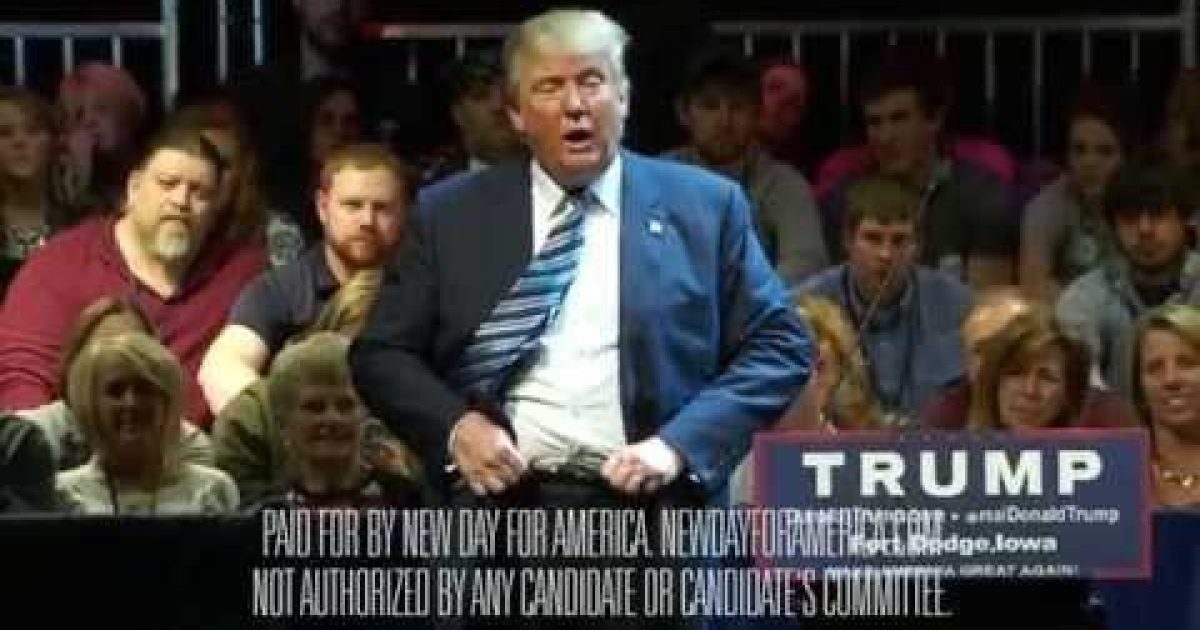 As Donald Trump prepares for a rally on Ohio Governor John Kasich’s home state, Kasich’s superPac New Day for America has launched a 47 second web ad designed to exploit some of Trump’s most reckless comments.

The spot closes with “The Donald” asking during an Iowa stump spot, “How stupid are the people of Iowa?”

The ad effectively communicates some of the issues of most concern to many Republicans, that often Trump speaks before he thinks, making him appear un-presidential. The problem is that (in my experience) most people supporting Trump will not be swayed by such a message because his lack of Presidential-like tact is appealing as it shows him to be unlike the Washington insiders who have disappointed them so often.