Karl Rove: If Elizabeth Warren Runs She Will Give Hillary A Scare 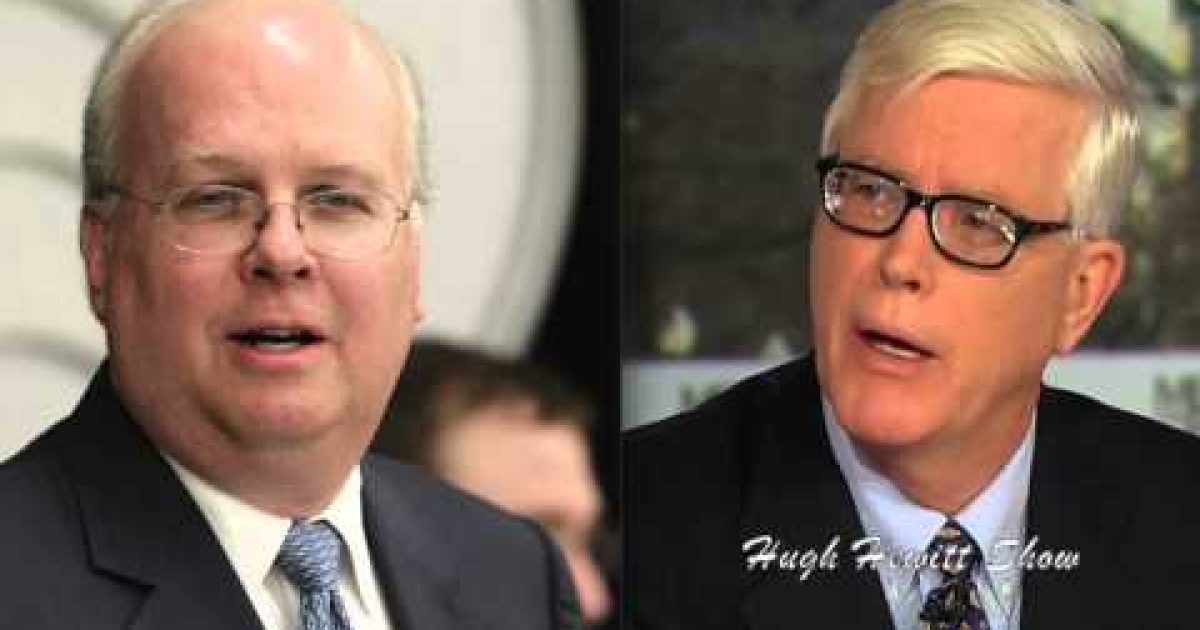 A guest on the Monday Evening Hugh Hewitt Show, Karl Rove predicted that if Elizabeth Warren gets into the race she would give Hillary a scare. But If she doesn’t, Hillary may have major problems in the Presidential race because she may retreat back into the cocoon of inevitability and get cautious which was her problem in 2008 and even when she went on her book tour.

Rove: I think she might. She would certainly give her a scare. Remember, this contest opens up in some places that are not particularly friendly to Hillary Clinton. She came in third, as you may recall, in Iowa eight years ago. And so you know, I think this, Elizabeth Warren’s hard left prescriptions on the economy sing to the heart of Democratic primary voters. So yeah, I think she could give her a run for her money. I don’t know at the end of the day if she could beat her. I mean, Clinton is going to have a lot of money. She does have an expert political advisor in the form of her husband, and she’s about ready to get a mastermind of her presidential campaign in the form of John Podesta, who’s tough enough to probably, I think, keep the warring factions that always make up a Clinton campaign together.

Hewitt: What David Axelrod told me last week, Karl Rove, was, “My strong feeling is that if she, Hillary, is a candidate, she can do well. If she’s the first candidate, if she retreats back into the cocoon of inevitability and is cautious, then she’ll have a much harder time. Do you agree with that?

Rove: I agree with it totally. And in fact, that’s my point. her instinct is to say…what’s her message? She went out and tried to borrow Barack Obama and Elizabeth Warren by saying corporations and businesses don’t create jobs, and it was so transparently sort of unnatural to her that she didn’t get any applause from anybody. So yeah, I think the problem with Hillary Clinton is what is it that she wants to do as president that gives the American people a sense that she’d be up to the job? What is it that she has done? She can’t point to the success as Secretary of State. That’s going to be a huge problem for her. Does anybody think that in a year or eighteen months that the world is going to look a lot safer and a lot more peaceful and a lot more calm than it is today? I don’t think so.