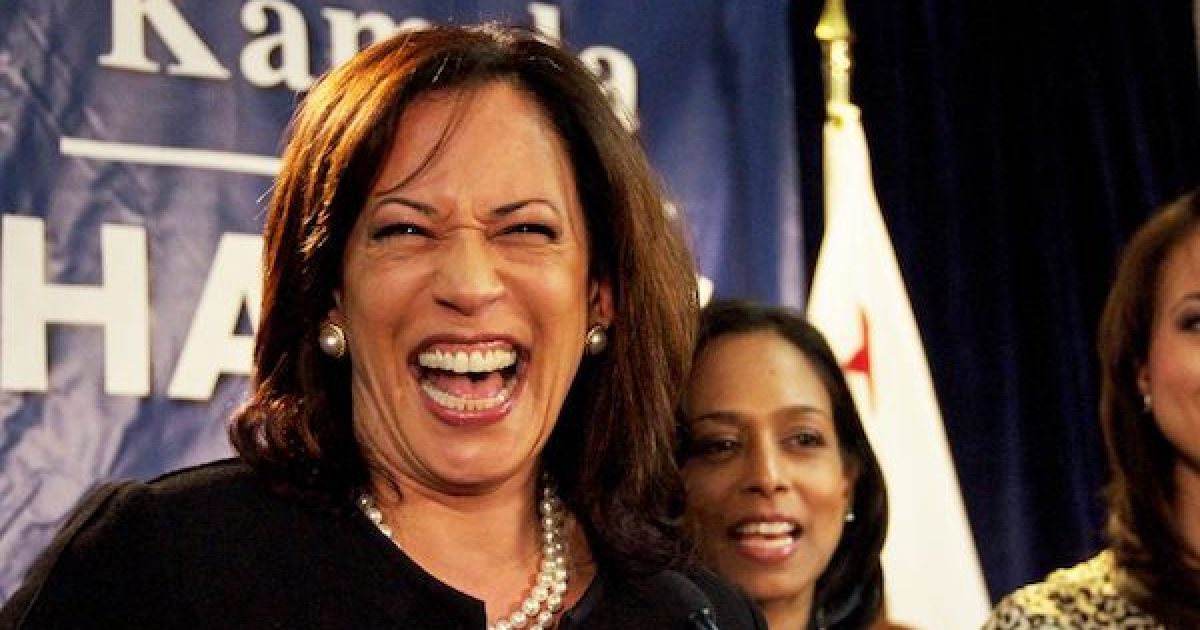 Perhaps re-release of the video slipped under the radar due to Harris’ wild proclamation that she’d like to get rid of private health insurance for Americans.

But it remains equally as startling, an example of big government run amok, lawmakers pretending they can better parent your children than you can. And she celebrates it.

“I believe a child growing without an education is tantamount to a crime,” Harris told a crowd at the Commonwealth Club in San Francisco. “So I decided I was going to start prosecuting parents for truancy.”

The video shows a smiling and laughing Harris sharing this story, noting that she had the political capital to try and “get those kids in school” by threatening their parents.

“As a prosecutor in law enforcement, I have a huge stick. The school district as a carrot,” she bragged. “Let’s work together in tandem…to get those kids in school.”

Viewers were quick to point out that those most vulnerable to Harris’ over-zealous prosecution of parents were low-income minority families.

Another clip bears this out, as Harris is seen describing how she brought charges against a single homeless mother of three kids.

Kamala Harris continued on to describe how she'd brought charges against a single homeless mother of 3 who was working 2 jobs because her children were truant…and this was a success story. pic.twitter.com/FT5uJmI6x9

In her inaugural speech as California Attorney General, Harris proclaimed, “We are putting parents on notice.”

“If you fail in your responsibility to your kids, we are going to work to make sure you face the full force and consequences of the law.”

Kamala Harris on tape laughing as she threatened jail time for poor parents of truent school kids. Now picture her in charge of your healthcare.

Jim Geraghty of the National Review points out that sometimes child truancy is not always in the parent’s control.

“Maybe there’s something in the water out here in Indian Wells, but am I soft on crime if I think a situation of a student’s chronic truancy probably needs a social worker, and not the state AG or local DA threatening to put the parents in jail?” he wrote. “How much teen truancy occurs with parental consent?”

Couldn’t Keep Her Own Office In Order

It’s remarkable to see Harris joyously working to jail parents who weren’t keeping an eye on their teenagers while recent reports suggest that as AG she ignored an accusation and lawsuit alleging sexual harassment by a top aide in her office.

That complaint involved “gender harassment” perpetrated against her aide’s former executive assistant, along with allegations that she was forced into “demeaning behavior.”

The case ultimately led to a $400,000 settlement and the resignation of that aide who had been described as one of Harris’ closest professional confidantes.

Yet, the 2020 hopeful feigned ignorance of the entire affair.

Harris doesn’t even know what one of her own confidantes is doing to women in her own office, but she thinks she has a right to jail parents for the things they might not know their teenagers are (or aren’t) doing?

The hypocrisy is strong here. It’s no wonder she’s a top Democrat contender.