Hey, It's A Start 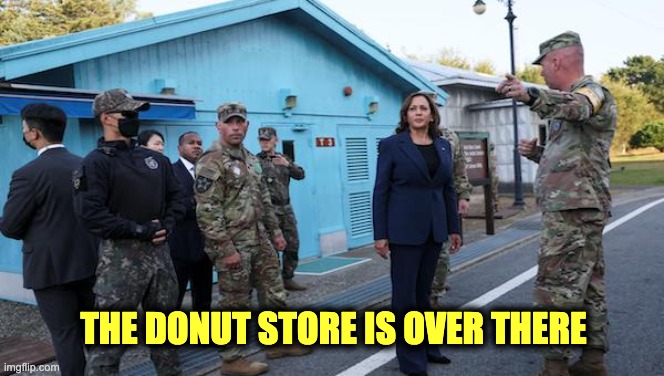 WOW!  For months we slammed the VP for not visiting the border. It angered us when the border czar when said she’s never been to Europe either and when she traveled to a border city El Paso but stayed far away from the border, but she finally did it! VP Kamla; Harris went to the border yesterday. Okay, it wasn’t the US/Mexico border. It was the border between North and South Korea—Hey, it’s a start.

Cackling Kamala went to the DMZ, separating our allies in the south and the communists in the north, but she should have first stopped at a gas station and picked up a map. When she reached the Demilitarized Zone that separated the two countries, Harris got confused between the Korea that was our friend and the Korea ruled by a chubby little man with a really lousy haircut. 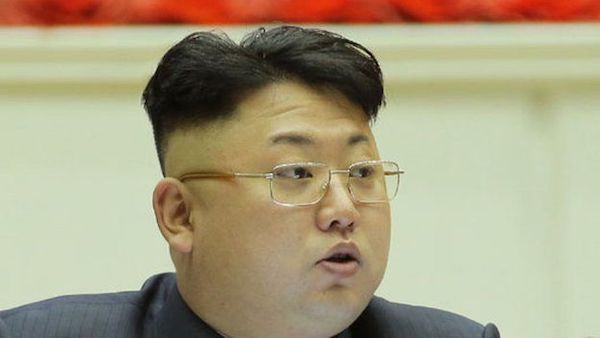 Vice President Kamala Harris made an unfortunate gaffe during her speech at the Korean Peninsula’s Demilitarized Zone (DMZ) on Thursday, saying that the United States has a “strong alliance” with “the Republic of North Korea.”

“It is an alliance that is strong and enduring,” she added, intending to refer to the Republic of Korea, which is South Korea’s official name.

She eventually corrected herself and,

praised the alliance between the two countries as a “linchpin of security and prosperity. I’m here to reinforce the strength of our alliance and strengthen our work together”.

Yoon, a conservative who took office in May, called her tvisit “another turning point” in strengthening bilateral ties.

They reaffirmed their commitment to the denuclearisation of the Korean peninsula and “condemned [North Korea’s] provocative nuclear rhetoric and ballistic missile launches, in violation of UN security council resolutions”, the White House said in a statement. “They discussed our response to potential future provocations, including through trilateral cooperation with Japan.”

Harris’s speech in the south was pure vanilla, adding nothing to the dialog. Sure she slammed North Korea’s record number of missile tests, but western leaders make that type of criticism almost daily. I am quite certain that if he heard Kamala’s words,  Kim Jung Un would not be shaking iin his child-sized boots.