Kamala Harris: Is The Nation Ready For Me As Pres? Audience: NO! 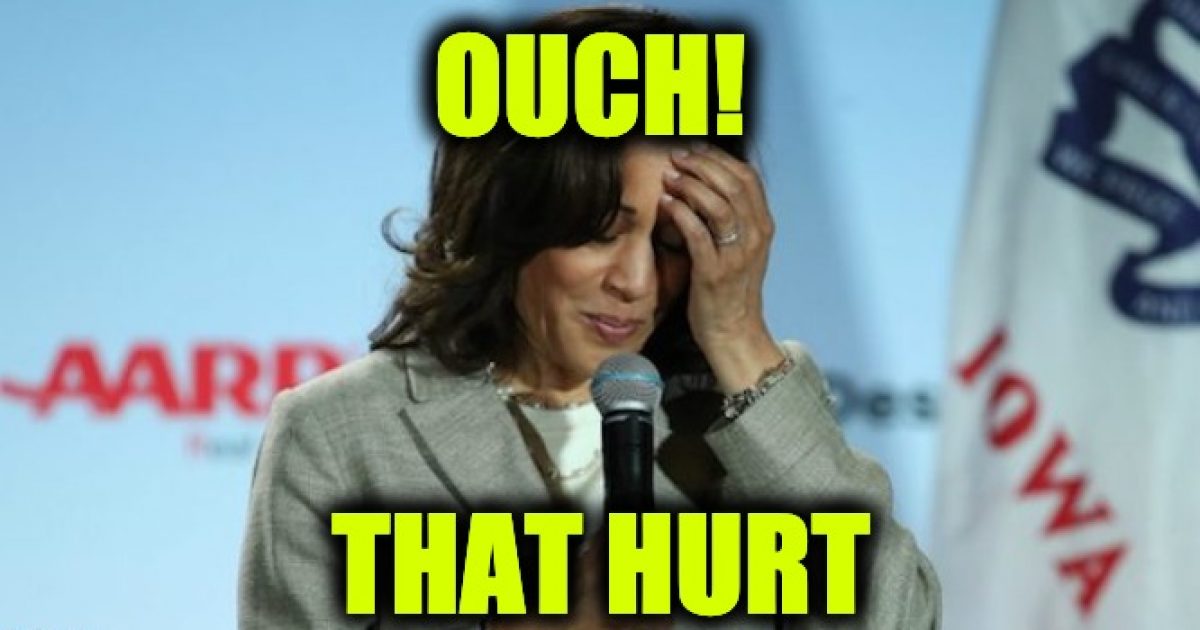 Kamala Harris, tanking in the polls of late, asked a crowd at a town hall event in Nevada if they’re ready for her to be President, and quickly regretted the question. Kamala Harris president

Harris told the audience she’s gotten to a point in this election where she needs to cut to the chase and “engage in real talk” about the election.

“I’m in the stage of the campaign where I’m kinda like, ‘You know what, I’m just gonna engage in real talk.’ I don’t want to waste your time with anything else,” she said.

“In this election, in the last couple – I mean, maybe couple of months, certainly a few weeks, there’s this whole conversation that has been coming up about electability focused on our campaign. Is America ready for that?”

Those in the audience who responded certainly weren’t ready:

When Harris asked if America was ready for her presidency, the crowd shouted, "no."

America doesn't want someone to be President who will destroy private healthcare, destroy the 2nd amendment, & regulate what you eat. pic.twitter.com/DAfFxWucj1

Did the crowd members misunderstand her question? Were they trolling her? Or are they genuinely not interested in seeing her as President?

It’s probably the latter because according to the Real Clear Politics Average 95% of Democrats aren’t ready for Kamala, dont want her, or like someone else better. And I believe it safe to say that number would be higher among Republicans.

Viewers on social media were quick to compare the episode to another famous campaign debacle – Jeb Bush’s call for supporters to “please clap” to his low-energy campaign.

Maybe the people shouting in the negative simply don’t like a candidate who wants to take away their health insurance and providers (or not depending on the day), regulate what they can and cannot eat, whose campaigns were funded in part by the Planned Parenthood abortion mill, and wants to confiscate their guns, or wants to hire illegal aliens as part of her congressional staff.

Maybe they don’t want a rogue resistance Democrat in office who has vowed to prosecute President Trump.

Maybe they don’t take kindly to somebody who agrees with the notion that President Trump is “mentally retarded.”

Maybe they don’t want someone who equates illegal immigrants and criminals to deployed military fathers.

It’s not electability that is the problem, Ms. Harris, it’s that your just another unhinged radical leftist who doesn’t believe in traditional American values propped up by the Democrat party as a counter to President Trump. And America isn’t ready for that.