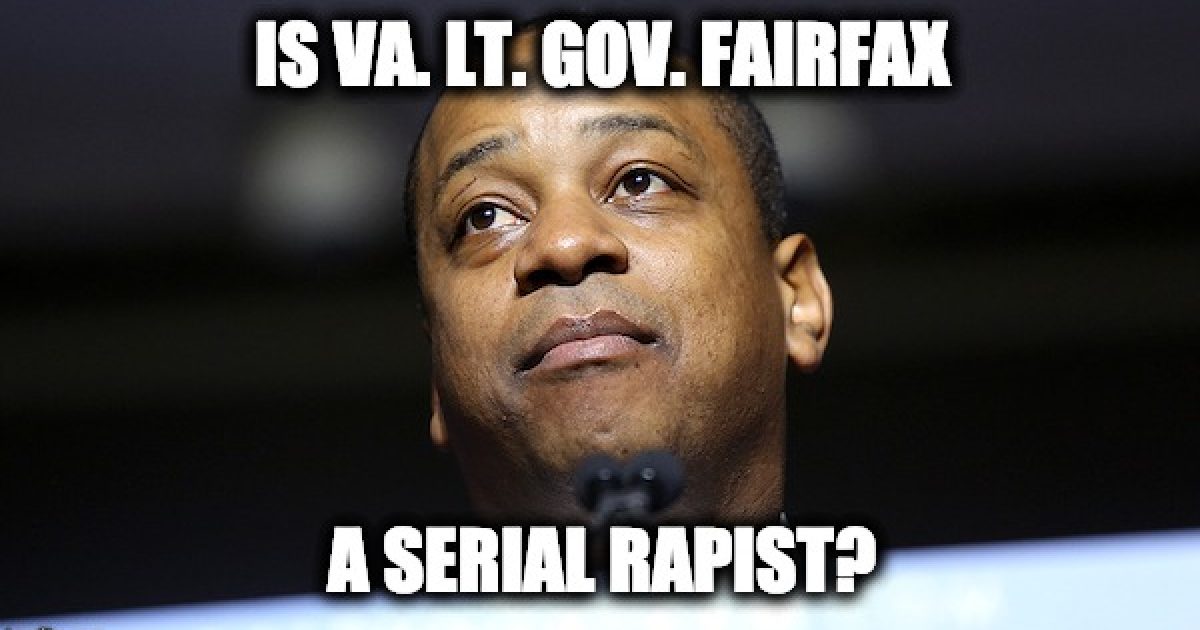 A second woman has claimed she was raped by Virginia Lieutenant Governor Justin Fairfax. Attorney Nancy Erika Smith released a statement that she is representing Meredith Watson who claims she was raped by Justin Fairfax while they were both Duke University students in 2000. Ms. Watson is not asking for damages, she just wants Fairfax to resign.

We serve as counsel for Meredith Watson, who was raped by Justin Fairfax in 2000, while they were both students at Duke University. Mr. Fairfax’s attack was premeditated and aggressive. The two were friends but never dated or had any romantic relationship.

Ms. Watson shared her account of the rape with friends in a series of emails and Facebook messages that are now in our possession.  Additionally, we have statements from former classmates corroborating that Ms. Watson immediately told friends that Mr. Fairfax had raped her.

Ms. Watson was upset to learn that Mr. Fairfax raped at least one other woman after he attacked her. The details of Ms. Watson’s attack are similar to those described by Dr. Vanessa Tyson.

At this time, Ms. Watson is reluctantly coming forward out of a strong sense of civic duty and her belief that those seeking or serving in public office should be of the highest character. She has no interest in becoming a media personality or reliving the trauma that has greatly affected her life. Similarly, she is not seeking any financial damages.

On behalf of our client, we have notified Justin Fairfax through his attorneys that Ms. Watson hopes he will resign from public office.

Ms. Watson’s claim has corroboration, the Washington Post spoke to a college friend of both Watson and Fairfax:

Kaneedreck Adams, 40, who attended Duke with Watson, said that in spring 2000, Watson lived across the hall from her in an on-campus apartment complex and came to her in tears.

“She was upset,” said Adams, a lawyer. “She told me she had been raped, and she named Justin.”

The alleged attack happened at a fraternity house, Adams said.

She said she and Watson had been friends with Fairfax, who was one year ahead of them in school. “We all knew he wanted to be in politics,” Adams said. “He had a reputation for being very friendly. Some of my friends, we called him ‘Sunshine.’ He was a nice, sweet, charming guy.”

Fairfax denies the charges as “a vicious and coordinated smear campaign is being orchestrated against me.”

The claims of the first accuser can be read here. If either of these stories is true, Mr. Fairfax has to go. But right now we don’t know if they are true. He deserves due process, just as I demanded for Justice Kavanaugh.

This is a breaking story and may be updated later.