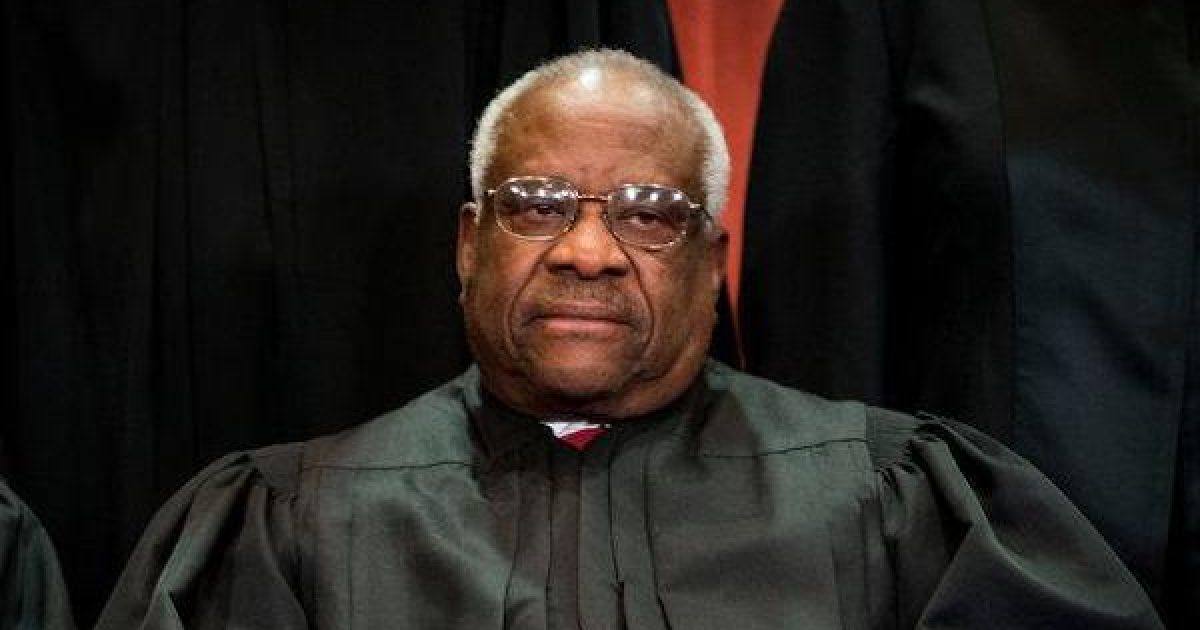 Not surprisingly the Supreme Court on Tuesday decided to punt on a lower court’s ruling blocking Indiana’s abortion law banning abortions based on the fetus’s sex, disability or ethnicity.

While agreeing with the court’s decision no not take up this particular challenge, Justice Clarence Thomas on Tuesday wrote a 20-page concurring opinion stating that the Court will have to take up the issue eventually because of the connection of the abortion industry and eugenics (his opinion embedded below). I submit to readers that Justice Thomas’ tome was meant to be more than a concurrent opinion, he meant it to be a road map to those who oppose abortion regarding how to approach overturning Roe vs. Wade, and how to put Planed Parenthood out of business.

Given the potential for abortion to become a tool of eugenic manipulation, the Court will soon need to confront the constitutionality of laws like Indiana’s.

But the next abortion-related cases that the court will face will not look like Indiana’s. Subsequent cases will be the heartbeat laws passed by many states or the Georgia law outlawing abortion after twelve weeks of pregnancy.  To be honest, those laws will be probably be overturned in lower courts, and the Supreme Court will refuse to hear the cases leaving those pro-life laws overturned.

The Court’s decision to allow further percolation should not be interpreted as agreement with the decisions below.  Enshrining a constitutional right to an abortion based solely on the race, sex, or disability of an unborn child, as Planned Parenthood advocates, would constitutionalize the views of the 20th-century eugenics movement. In other contexts, the Court has been zealous in vindicating the rights of people even potentially subjected to race, sex, and disability discrimination.

Thomas then pointed out that on other issues, the court has ruled simply because of the inherent racial bias. He went on to explain the eugenics history of Margaret Sanger and planned parenthood something discussed on this site previously.

The use of abortion to achieve eugenic goals is not merely hypothetical. The foundations for legalizing abortion in America were laid during the early 20th-century birth control movement. That movement developed alongside the American eugenics movement. And significantly, Planned Parenthood founder Margaret Sanger recognized the eugenic potential of her cause,

(…) It is true that Sanger was not referring to abortion when she made these statements, at least not directly. She recognized a moral difference between “contraceptives” and other, more “extreme” ways for “women to limit their families,” such as “the horrors of abortion and infanticide.” M. Sanger, Woman and the New Race 25, 5 (1920) (Woman and the New Race). But Sanger’s arguments about the eugenic value of birth control in securing “the elimination of the unfit,” Racial Betterment 11, apply with even greater force to abortion, making it significantly more effective as a tool of eugenics. Whereas Sanger believed that birth control could prevent “unfit” people from reproducing, abortion can prevent them from being born in the first place. Many eugenicists therefore supported legalizing abortion, and abortion advocates—including future Planned Parenthood President Alan Guttmacher— endorsed the use of abortion for eugenic reasons. Technological advances have only heightened the eugenic potential for abortion, as abortion can now be used to eliminate

(…) From the beginning, birth control and abortion were promoted as a means of effectuating eugenics. Planned Parenthood founder Margaret Sanger was particularly open about the fact that birth control could be used for eugenic purposes.

The reason Thomas didn’t think that the court should take up the issue yet “because further percolation may assist our review of this issue of first impression, I join the Court in declining to take up the issue now.”

Adding to his argument but not mentioned in his opinion are the words of Dr. Alveda King, who provided a more recent argument for the Planned Parenthood is practicing eugenics argument.

The leading cause of death in the African-American community is not gang-violence, gun violence, heart attack, stroke, HIV, high blood pressure, diabetes. People will name all these. No, it’s abortion. And the reason we have come to that conclusion, statistically, you’ve got 60 million plus abortions legal in America since 1973. About a third of those occur in the African-American community. That means dead babies. And, with us being 13 percent or less of America’s population, that means we are having more abortions.”

She asked, “Now does it mean that African-Americans are more immoral or don’t care? Absolutely not. We are just regular, everyday people like everyone else. But Planned Parenthood moved into our community with the abortion killing centers and said, ‘We’re here to help you. Let’s kill your baby so you can have a better life.

Justice Thomas didn’t write a 20-page opinion to piss off the liberals (although that can be fun). Perhaps the most critical sentence in his tome is, “In other contexts, the Court has been zealous in vindicating the rights of people even potentially subjected to race, sex, and disability discrimination.”

The message from Justice Thomas is that the legal eagles on the pro-life side shouldn’t just fight for one provision, they should argue that at its very core, abortion is a tool of racism and eugenics. And the abortion mill called Planned Parenthood was created out of racism. The fact that African-Americans represent 33% of the US abortions while only 13% of the population may prove that Roe v. Wade should be overturned or severely limited because it is being executed in a racist manner. Or at the very least Planned Parenthood can be gravely damaged as a racist organization.

Justicethomaseugenics.pdf by Jeffrey Dunetz on Scribd