Judicial Watch Documents: Obama and Hillary Were Lying About Benghazi From The Beginning 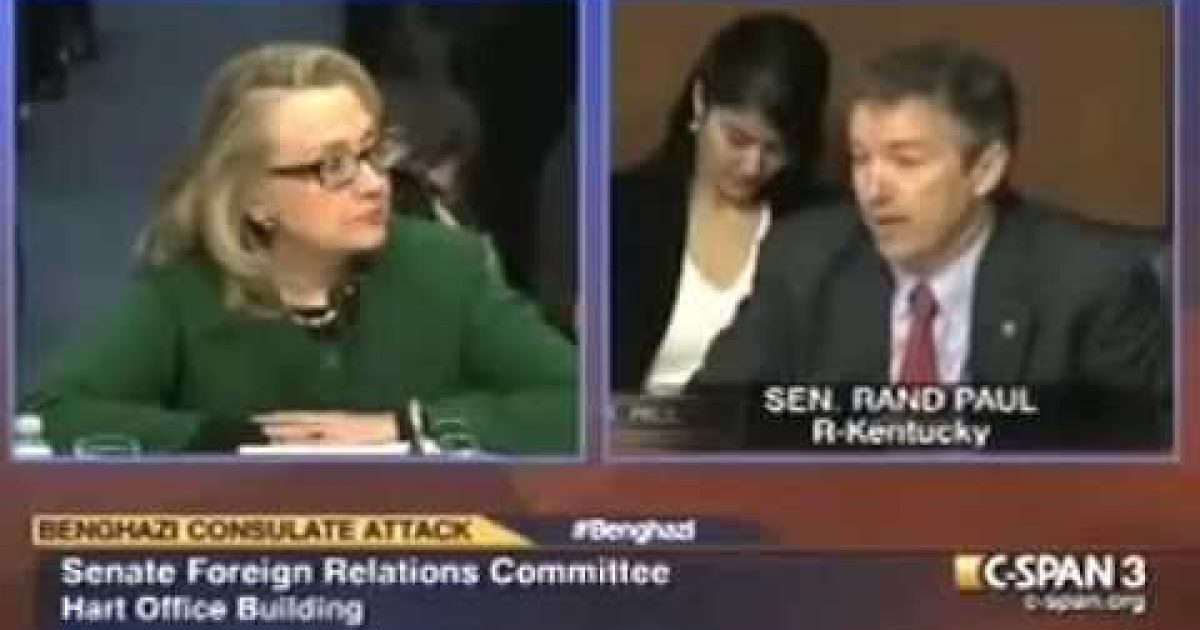 OUCH! This is going to hurt anyone who was lying about Benghazi.

Judicial Watch obtained memos written by the Defense Intelligence Agency (DIA) which were sent to the CIA, State Department, and National Security Agency which seem to indicate the President and the Secretary of State were lying about Benghazi from the beginning. They also indicate that Obama knew about the development of ISIS a year and a half before he called them a JV Team.

On Benghazi the DIA said the attack was planned at least ten days before it was executed on 9/11/12, and despite what we were told that the date was selected because it was the anniversary of the World Trade Center/Pentagon attacks.  The memos also confirmed there were weapons going from Benghazi to Syria something that Ms. Clinton said she didn’t know about.

Read the transcript of the Fox report below or watch the video at the bottom of the post, underneath the videos are the key documents obtained by Judicial watch

MacCallum : In other breaking news this morning, on Benghazi now, in this fox news exclusive because documents are now revealing that U.S. Intelligence agencies were fully aware that weapons were moving from the terror strong hold in Labia to Syria before the attack that killed the four Americans that you see at the center of our screen. The paper trail also contradicts president Obama’s assertion that the rise of ISIS came as somewhat of a surprise to the administration. Chief intelligence correspondent Catherine Herridge on this for us live in D.C. So, Catherine what are we learning here about this?

Herridge: Martha, newly-released documents show a serious disconnect between what the administration said and what was known at the Defense Intelligence Agency also known as the DIA. The September 16th, 2012 memo copied to the National Security Council, State Department, CIA and others concluded that the Benghazi attack was planned at least 10 or more days in advance. The DIA memo also reports that the attack was tied to 9/11 and was retaliation for a June 2012 drone strike that killed an al Qaeda strategist. There is no discussion of a demonstration or anti-Islam video. Quote, the intention was to attack the consulate and kill as many Americans as possible, to seek revenge for the U.S. Killing of Aboyahiye in Pakistan, and in memorial of the 11 September 2001 attacks on the World Trade Center buildings. Judicial Watch obtained the records by suing in federal court.

Tom Fitton Judicial Watch Pres.:The Obama administration said it was a coincidence that it occurred on 9/11. In fact their intelligence said it wasn’t a coincidence. Specifically the attack occurred because it was 9/11.

Herridge: another DIA memo from 2012 predicts the rise of ISIS and the establishment of a caliphate 17 months before the president called the terror group the J.V. team, Martha.

MacCallum: a lot of discussion what our operatives were doing there at the time when this attack happened and there was discussion about moving weapons out of that very volatile area in Libya. What did we learn about that in here, Catherine?

Baier: Were CIA officers tracking movement of weapons from Syria to Libya.

Morell: Can’t talk about that.

Baier: Can’t talk about it?

Morell: Can’t talk about it.

Baier: Even if they weren’t moving weapons themselves are you saying category and U.S. Government and CIA played no role in the movement of weapons from Syria to Libya?

Morell: We played no role. Whether we were watching other people do it I can’t talk about it.

Herridge: The DIA memo reported that military stockpiles moving to Benghazi to Syrian ports. The shipments included rifles, RPGs and missiles. This DIA document may also be problematic for Mrs. Clinton who also skirted the weapons issue during her only congressional testimony on Benghazi in January of 2013, Martha.

There are two videos below the first is Rand Pauls questioning of Ms. Clinton about weapons transferring from Benghazi to Turkey or any other country (she didn’t know). The second is the full Catherine Herridge: report from Fox

MacCallum: we remember that interesting exchange. Catherine, thank you very much.

Document #1, the DIA memo CCing the Sec of State saying the Benghazi attack was planned at least ten days before 9/11/12:

Doc #3 Written By the DIA August 2012–the operative line is “ISI could also declare an Islamic state through its union with other terrorist organizations in Iraq and Syria, which will create grave danger in regards to unifying Iraq and the protection of its territory.”

The Experimental COVID Shot IS The Pathogen
Sons of Liberty Media

YO, BIDEN: The Tailban Just Beheaded One Of Our Afghani Translators … Do You Care?
Clash Daily

AZ Senate Pres: Maricopa County Doesn't Have Control Over Its Election Systems – Only Dominion Does
July 24th, 2021 Flag And Cross

If Everyone Is So Sick And Tired Of The Establishment, Then Why Are So Many Still Playing The Same Game? (Videos)
July 24th, 2021 Sons of Liberty Media