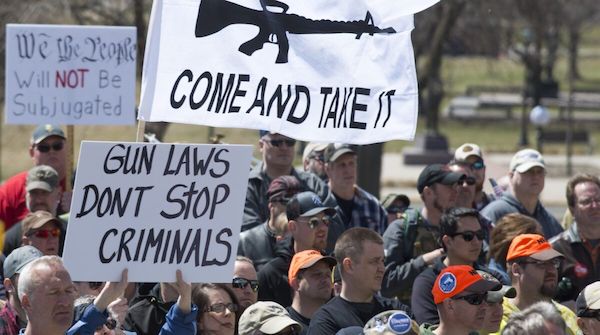 The ruling in Brandeis v Bonta simply means that the State of California, at this point, cannot share the personal information of gun owners with researchers in an effort to “reduce gun violence.” This is why personal information should not be shared – the “research” is geared toward LEGAL gun owners, not criminals. The California definition of “gun violence” is off base.

Assembly Bill 173, signed by Governor Gavin Newsom (D.) last September, directed the Attorney General to disclose personal information on gun purchasers to the California Firearm Violence Research Center at UC Davis. The information includes details such as the buyer’s name, address, date of birth, what they purchased, when and where they bought it, and more. It also authorized the center to share the information with any other “bona fide research institution.”

The now-blocked law is not the only time California officials have garnered controversy over how they handle gun owners’ private data. Earlier this June, The Reload broke news that the California Department of Justice had inadvertently leaked the names, racial identifications, home addresses, dates of birth, and permit classifications of the state’s concealed carry permit holders during a botched rollout of its 2022 Firearms Dashboard Portal. That information was made publicly available for download for several hours before eventually being scrubbed from the website. The state has since offered credit monitoring to all those it believes were affected by the leak.

Judge Bacal cited this incident as an example of the potential harm faced by gun owners if AB 173 were allowed to stay in effect.

“Defendant responds plaintiffs cannot establish irreparable harm because the personal identifying information has already been shared with researchers as recently as November of 2021,” she said. “Yet this does not account for the potential ongoing and future harms that could occur by continuous use of the information. Furthermore, and while this motion has been pending, a massive data breach reportedly occurred that leaked personal identifying information from the firearm databases for concealed carry applicants in or about June of 2022.” The Reload

A coalition of gun-rights advocates filed the lawsuit against AB 173 in January. Even though the ruling was issued, the California Attorney General says he will continue defending the law in court because they were “disappointed in the ruling.”