Juanita Broaddrick Tells Her Story: Hillary Tried To Silence Me 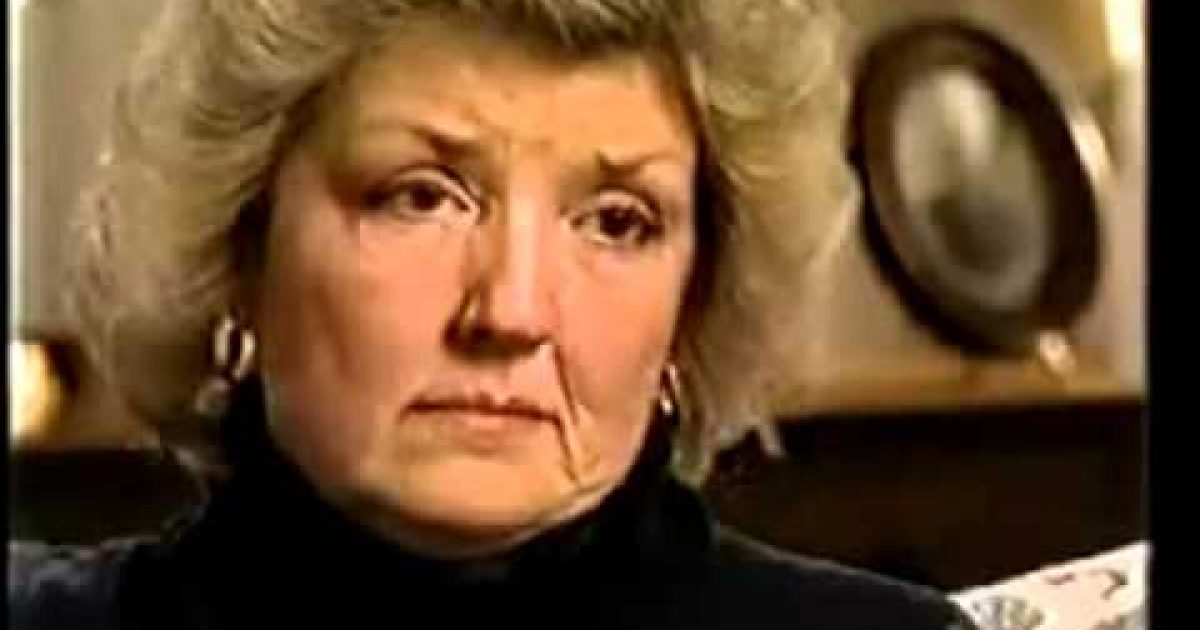 It looks as if Bill Clinton will be taking his old baggage with him as he begins to campaign for his wife in Iowa and New Hampshire. Specifically his sexual scandals. While aware of the various scandals, I had never before looked at the story of Juanita Broaddrick in detail. That error was corrected today. After reading her story and watching the embedded videos below there is no way you will ever be able to view Bill or Hillary Clinton as defenders of women.

It started after reading Jim Geraghty’s column today which explained that Juanita Broaddrick had set up a twitter account in 2009 and rarely used it till today.  Jim put up this tweet from Ms. Broaddrick:

When I went to her site, it was clear that Juanita Broaddrick has been active on twitter for a bit longer and she felt uncomfortable and voiceless with Bill and Hillary Clinton being in the news.

Ms. Broaddrick also posted a link to an Wall Street Journal article that discussed her story. It seemed as if she was looking for someone to tell her story. Below is the part of the WSJ article that that tells her story:

In 1978, 35-year-old Juanita Broaddrick–a Clinton campaign worker–had already owned a nursing home for five years. Since her graduation from nursing school she had worked for several such facilities and decided she wanted to run one of her own. It was that home that Attorney General Clinton visited one day, on a campaign stop during his run for governor. He invited Juanita, then still married to her first husband, to visit campaign headquarters when she was in Little Rock. As it happened, she told him, she was planning to attend a seminar of the American College of Nursing Home Administrators the very next week and would do just that. On her arrival in Little Rock, she called campaign headquarters. Mrs. Broaddrick was surprised to be greeted by an aide who seemed to expect her call, and who directed her to call the attorney general at his apartment. They arranged to meet at the coffee shop of the Camelot Hotel, where the seminar was held–a noisy place, Mr. Clinton pointed out; they could have coffee in her room.

They had not been there more than five minutes, Mrs. Broaddrick says, when he moved close as they stood looking out at the Arkansas River. He pointed out an old jailhouse and told her that when he became governor, he was going to renovate that place. (The building was later torn down, but in the course of their searches, NBC’s investigators found proof that, as Mrs. Broaddrick said, there had been such a jail at the time.) But the conversation did not linger long on the candidate’s plans for social reform. For, Mrs. Broaddrick relates, he then put his arms around her, startling her.

“He told me, ‘We’re both married people,’ ” she recalls. She recalls, too, that in her effort to make him see she had no interest of this kind in him, she told him yes, they were both married but she was deeply involved with another man–which was true. She was talking about the man she would marry after her divorce, David Broaddrick, now her husband of 18 years.

The argument failed to persuade Mr. Clinton, who, she says, got her onto the bed, held her down forcibly and bit her lips. The sexual entry itself was not without some pain, she recalls, because of her stiffness and resistance. When it was over, she says, he looked down at her and said not to worry, he was sterile–he had had mumps when he was a child.

“As though that was the thing on my mind–I wasn’t thinking about pregnancy, or about anything,” she says. “I felt paralyzed and was starting to cry.”

As he got to the door, she remembers, he turned.

“This is the part that always stays in my mind–the way he put on his sunglasses. Then he looked at me and said, ‘You better put some ice on that.’ And then he left.”

Her friend Norma Rogers, a nurse who had accompanied her on the trip, found her on the bed. She was, Ms. Rogers related in an interview, in a state of shock–lips swollen to double their size, mouth discolored from the biting, her pantyhose torn in the crotch. “She just stayed on the bed and kept repeating, ‘I can’t believe what happened.’ ” Ms. Rogers applied ice to Juanita’s mouth, and they drove back home, stopping along the way for more ice.

For some time to come, Mrs. Broaddrick relates, she chastised herself for agreeing to coffee in a hotel room. “But who, for heaven’s sake, would have imagined anything like this? This was the attorney general–and it just never entered my mind.”

(…) All the way home, she says, they talked about two questions: How could a man like this be governor of a state? The other, more urgent one was what to tell David, the man she loved, about the condition of her face. She decided to tell him she had been hit in the mouth by a revolving door. His answer: “That didn’t happen.” A few days later, she told him what had actually occurred, and it had its lasting effect. In the years that followed, they would never go to any meeting concerning nursing homes if they knew the governor would attend. Still, one day, when they ran into Mr. Clinton, he greeted them with his customary affability. This precipitated a scene wherein her husband grabbed Mr. Clinton hard, by the hand, and warned him: “Stay away from my wife and stay away from Brownwood Manor [her nursing home].” The governor, she recalls, tried to pass it off as joshing, but had to wrest himself from Mr. Broaddrick’s grip.

But Mr. Clinton didn’t forget her, as it turned out. In 1984, her nursing facility was judged the best in the state, which brought a congratulatory official letter from the governor. On the bottom was a handwritten note: “I admire you very much.” That contact was not quite as memorable–or personal–as the one that occurred in 1991, when she was called out of a meeting concerning state nursing standards. She had no idea that the person who had summoned her was Gov. Clinton, who waited by a stairway for her. He took her hands, she recalls, and told her that he wanted to apologize, and asked what he could do to make things up to her. She said nothing and walked away. For a time, she and Norma wondered what had brought this on. Not long after, Mr. Clinton announced he was running for president.

Juanita Broaddrick also told her story to NBC News in 1999, that video is below. Under that is an interview she gave to Sean Hannity in 2007 where she described her “frightening” meeting with Hillary two weeks after the rape.

After reading the above, and watching the videos below there is no way you can ever view Bill or Hillary Clinton as defenders of women.