Joy Reid: Support of Israel is a RACIAL Issue 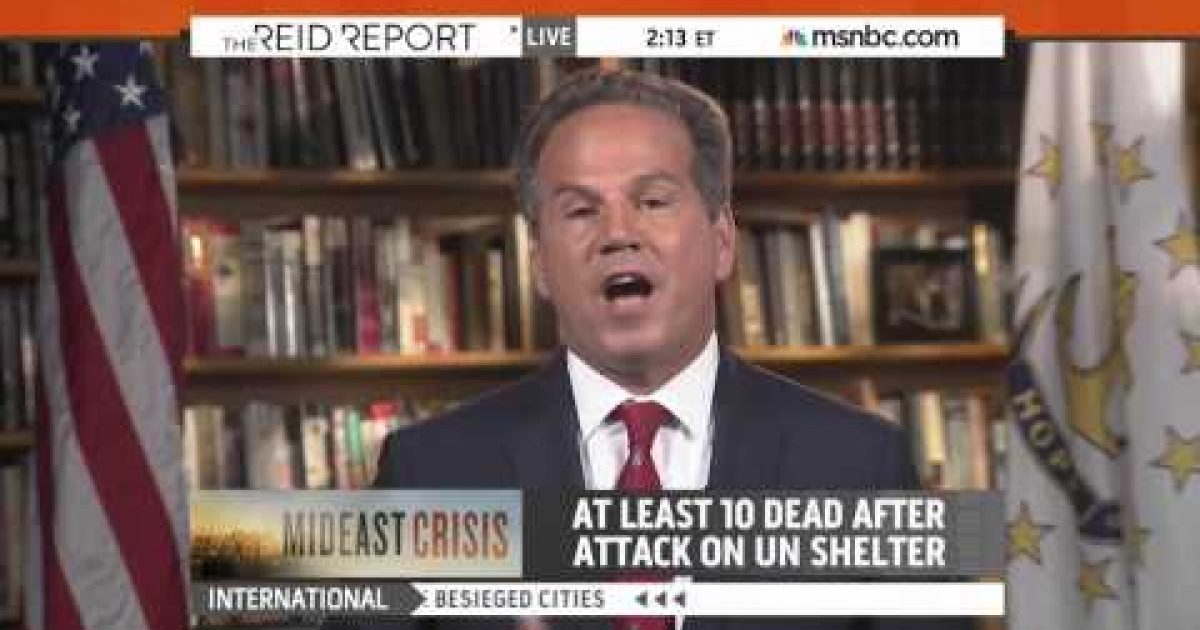 On the Monday “Reid Report,” host Joy Reid may have given an insight into her anti-Israel bias; she believes it’s a racial issue. Questioning Rep. David Cicilline (D-RI) about the conflict she pointed out that “people of color, minorities” are not supportive of Israel’s actions in Gaza and asked why there are no Democrats in Congress representing the Americans who disagree what’s happening in Gaza.

During the segment Ms. Reid acted as the “prosecutor” throwing her usual one-sided charges at Israel without any context or understanding of the terrorist nature of Hamas, Rep. Cicilline was forced to be Israel’s defender.

Wrapping up, Reid asked about the demography of Israel’s support while Cicilline kept pointing out that Hamas is a terrorist group.

Reid: Let me ask you one final question, sir. The Pew Research Center has recently put out numbers that talk about how the different constituencies in the United States are responding to what’s happening in Gaza. It shows younger Americans, Americans particularly between 18 and 29 years of age, are not really so in line with what Israel is doing, nor are the lot of people of color, minorities, much of the Democratic constituency, quite frankly. Given the fact that Democrats and Republicans — there’s no daylight between the two parties on this issue. It’s 100% support for Israel no matter what is going on. Who represents those Americans who disagree with what’s happening in Gaza right now? Who are their representatives right now in Congress?

Cicilline: Well, I don’t know there’s 100% of Israel no matter what’s going on. I think there’s a recognition that our two countries share values and that we respect the right and the responsibility of the Israeli government to protect their people federal an ongoing terrorist act. This is not a conflict between Israel and the Palestinians. This is a conflict between Israel and Hamas, a terrorist organization that we’ve identified as a terrorist organization. So I don’t think it’s a question of Israel can do anything it wants. But it’s a recognition that Israel has a right to defend herself against an oncoming terrorist attack, thousands of rockets. But obviously to do so in a way which reduces the likelihood of civilian casualties but also honors its responsibility to protect its citizens.

Cicilline: If you’re asking if there’s anyone that represents the interests of Hamas, a terrorist there is anyone. Organization, I don’t think there is anyone

Actually Joy..support of Israel has nothing to do with race…but a lot to do with anti-Semitism.

Watch the video of Reid’s performance below