Joy Behar: Trump Better ‘Save Pardons’ For His Kids 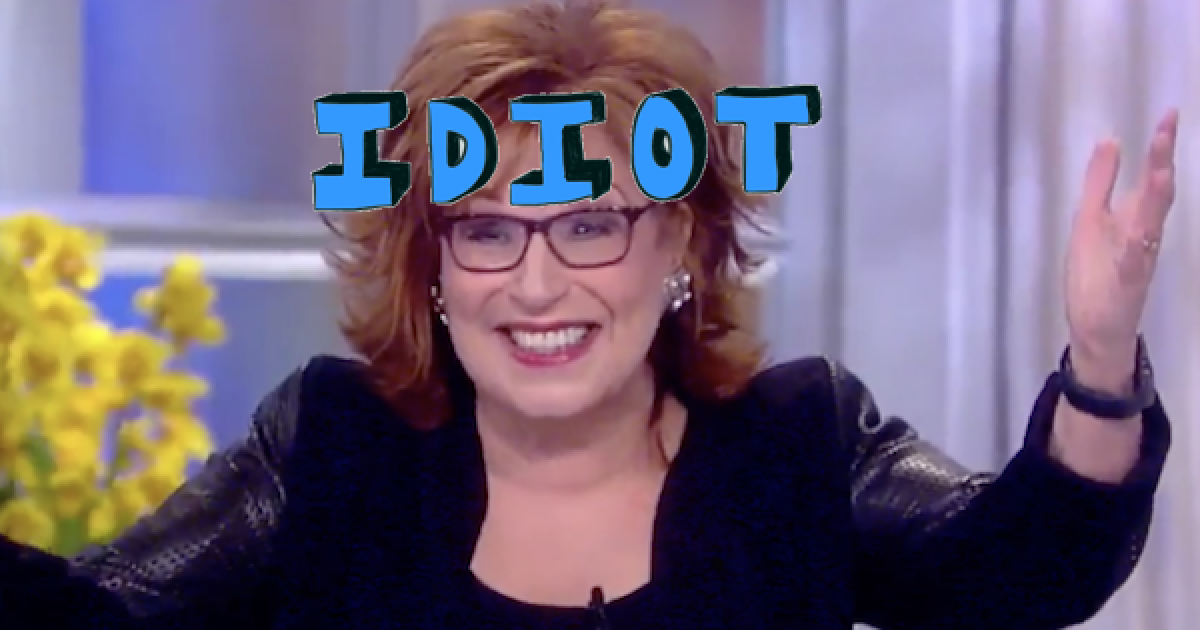 Political scientist wannabe, unfunny comedian, and host of ABC’s “The View” Joy Behar opined on Friday that President Trump won’t pardon his former presidential campaign manager, Paul Manafort, because he’ll need to “save the pardons for his children.”

Hey, Joy, you are an idiot, there is no limit to how many pardons a POTUS can make.  Remember when Jimmy Carter pardoned all of the Vietnam draft dodgers? That was about 100 thousand pardons in one fell swoop.  Of course, President Trump didn’t say he would pardon Mahafort or anyone else, he said that he hasn’t taken anything off the table.  That’s a distinction Behar can’t negotiate considering her IQ is about half that of a goldfish.

Co-host Meghan McCain kicked off the conversation by addressing Trump’s recent comments that a pardon for Manafort was a viable consideration. “It was never discussed, but I wouldn’t take it off the table,” the President said in the midst of an Oval Office interview. “Why would I take it off the table?”

McCain says she incensed that the president would consider doing so even though the president didn’t say he was doing so. She went on to blast Manafort as “a traitor to the United States of America”:

The thing that makes me most angry is the idea that Paul Manafort could possibly be pardoned. If he is pardoned, I don’t know what I’m going to do on this show.

I don’t know Meghan perhaps you will quit and make the show more watchable. And if you do please bring your idiot friend Joy with you. With the two of you gone, normal people might be able to take “The View.”

Behar scoffed at the notion that Trump’s former campaign manager would receive a pardon, noting, “I think he has to save the pardons for his children, frankly. … There’s a lot of kids in the family.” But Joy he has less than 100K kids.

Clearly, the far-left, if unenlightened, Behar was going for a joke to pander to the show’s left-leaning viewers, but there may be some basis in fact for her quip. In an exclusive interview with The Political Insider earlier this week, former adviser to President Trump and Republican operative Roger Stone said he believes Donald Trump, Jr. “could be targeted” for indictment.

Stone gave two reasons for his presumption, one which could actually land either Trump Jr. or Eric Trump in hot water.

“One of them, of course, would be Allen Weisselberg, the CFO of the Trump Organization, who has already become a cooperating witness for Mr. Mueller,” he said. “But the other one has to be either Donald Trump, Jr. or Eric Trump.”

If Mueller were to pursue that as an alleged campaign finance violation, a debatable violation at best, could the president’s sons find themselves on the receiving end of an indictment?

Whether they are indicted in the witch hunt or not, it won’t help Joy Behar. She will always have the mental capacity of a rock.