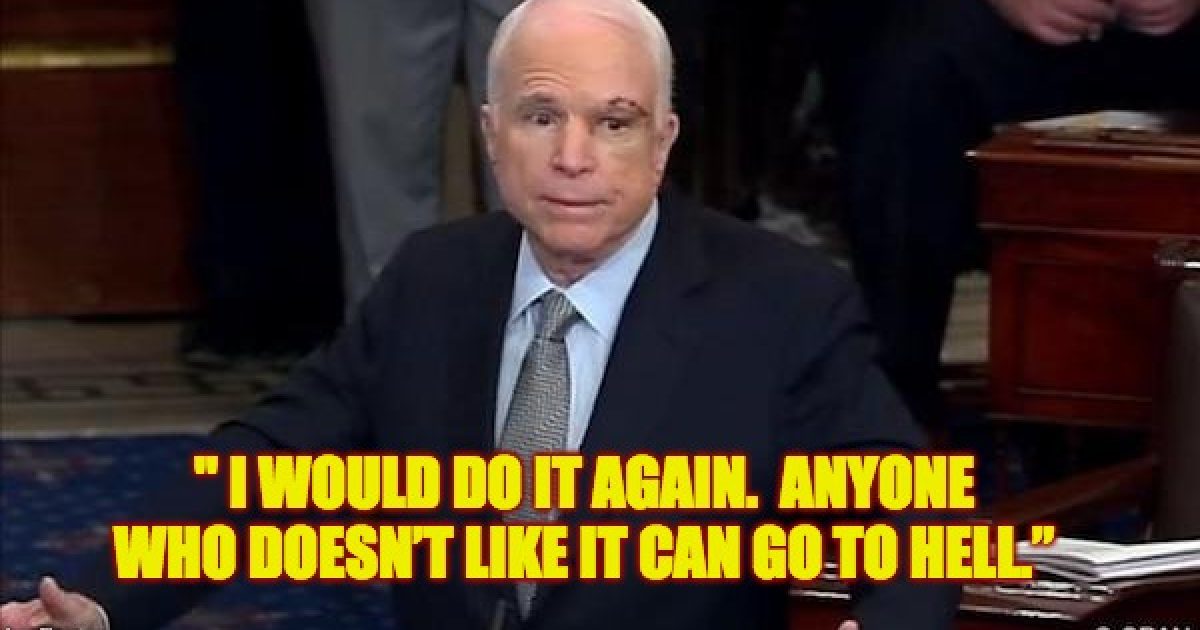 Well, whaddayaknow! This Mueller investigation….is all John McCain’s fault.  In his new book,“The Restless Wave,” McCain (R-AZ) confirms that he was the person who gave the FBI Director James Comey, the salacious and bogus Russian dossier.

The Daily Beast got an early copy of the new book and reported:

“I said I didn’t know what to make of it, and I trusted the FBI would examine it carefully and investigate its claims. With that, I thanked the director and left. The entire meeting had probably not lasted longer than ten minutes. I did what duty demanded I do,” McCain concludes.Like he is on so many other points McCain is wrong.  The FBI used McCain’s dossier as part of the evidence given to a FISA judge to start the investigations/wiretaps regarding the Trump campaign, they never told the judge that it was written for the Clinton Campaign as opposition research against Trump.

As for McCain if he did the slightest bit of research he would have known that the document was bogus. For example one of the things reported in the Dossier s that years before he ran, Trump had a Russian hooker in his hotel room and she gave him a “golden shower” Anybody who knows the slightest thing about Donald Trump would use that incident to automatically negate the document. The President is a bit of a germaphobe.

This wasn’t the first time John McCain admitted to being a dossier hustler.  In January 2017 he issued a press release that said in part: 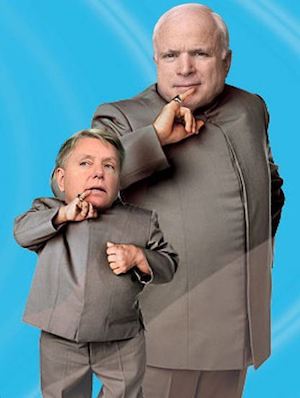 One would think that the Republican Senator from Arizona and former GOP presidential candidate would extend the courtesy to Trump to let him know about the documents that supposedly were about to be used by the Russians to blackmail the next president, and were being used by the FBI to launch their effort which was described by Judge T.S. Ellis as being launched to lead to the President’s prosecution or impeachment.” But courtesy toward fellow Republicans is not a strength of John McCain (except for his Lindsey Graham his Mini-me) so he kept it to his self.

According to the Guardian which also published excerpts of the book, John McCain defends his actions,

“I discharged that obligation, and I would do it again. Anyone who doesn’t like it can go to hell.”

Well, Senator McCain, I hate to say it, but I based the seriousness of your illness, and the way you’ve treated people and allowed them to be slandered, you will be there long before any of the people who objected to your action.