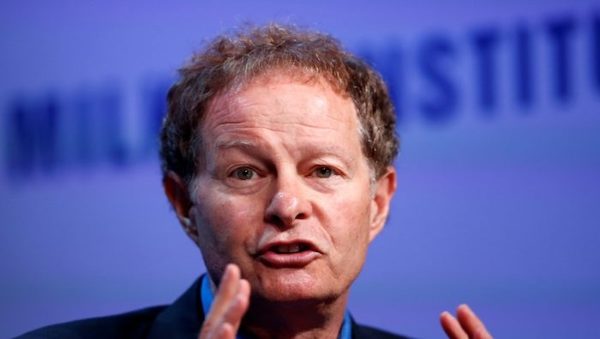 If ever there was a need for people to make a reasoned defense for the moral value of capitalism, today is that day. And one CEO, John Mackey of Whole Foods is doing just that.

You don’t need the ‘greed is good’ or Wolf of Wall Street attitude toward business and purpose in order to run a business. It isn’t even the best way to go about it.

John Mackey, CEO of Whole Foods, discussed business, capitalism, and purpose. The purpose of any business, ultimately, is adding value for other people. The better they are at accomplishing that, the more people will line up for what they have to offer.

Asked whether the business world’s culture needs to change, the grocery tycoon replied, “It needs to evolve. Otherwise, the socialists are going to take over, that’s how I see it. And that’s the path of poverty.”

“They talk about trickle-down wealth, but socialism is trickle-up poverty,” he said. “It just impoverishes everything.”

“We’ve told a bad narrative, and we’ve let the enemies of business and the enemies of capitalism put out a narrative about us that’s wrong, it’s inaccurate and it’s doing tremendous damage to the minds of young people,” Mackey added. “We have to counter that.

He covers a lot of topics in his hour-long interview with American Enterprise Institute’s Robert Doar, including the two elements in his own corporate culture that caused so many of his employees to stick around after 20 years.

Spoiler alert: neither of them was so simple as just ‘more money’.

It’s worth a listen, whether you’re coming at this from the skeptical leftist, a flint-skinned corporate climber, or anyone in between, there will be something in this talk to give everyone a couple of ideas to ponder long after it ends.

Watch a video of the interview below: