John Kerry and His Right to Be Stupid 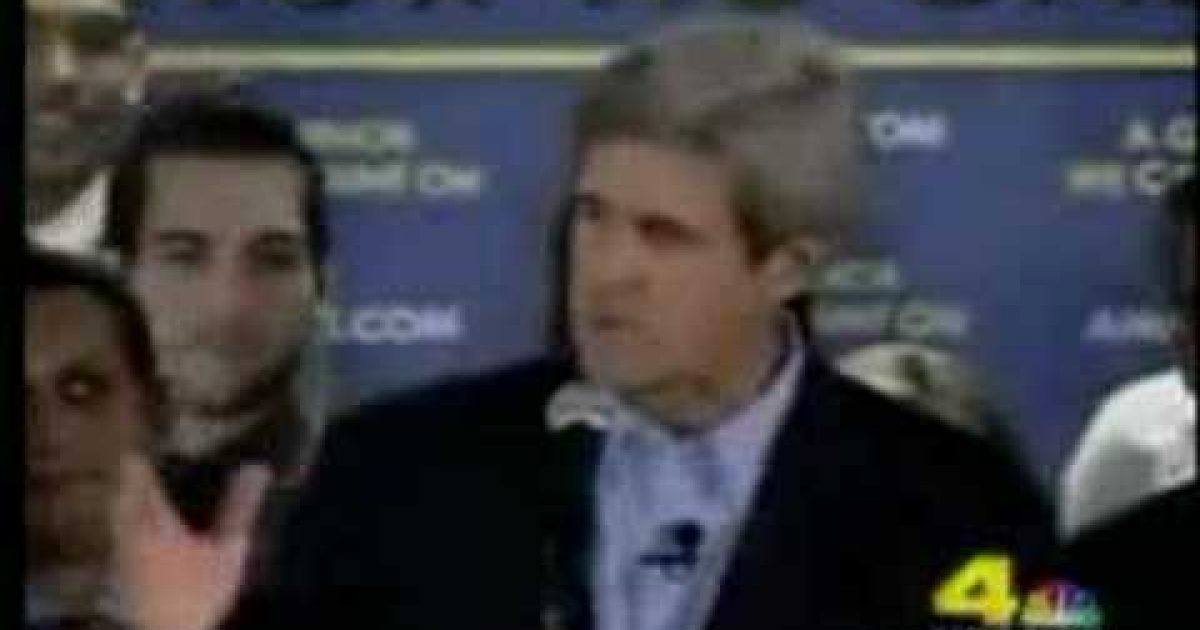 In practically his first outing as secretary of state abroad, John Kerry made some remarkable statements in a meeting with young Germans. The main thing being widely quoted is this:

“In America, you have a right to be stupid if you want to be,” he said. “And we tolerate it. We somehow make it through that. Now, I think that’s a virtue. I think that’s something worth fighting for.”

Of course, there’s a right to be stupid in America! Indeed, just this week it’s been expanded into having a right to be simultaneously stupid and secretary of defense!

To be fair, Kerry’s statement was in the context of defending, albeit not very well, freedom of speech in America. (Kerry was obviously referencing President Barack Obama’s UN speech in his own talking points.) How Kerry defends it is what’s scary and dysfunctional.

He was basically saying: Yeah, we know that all these dumb people who don’t agree with us are wrong but we let them talk anyway because it works out okay in the end since nobody listens to them anyway. While he used the words “virtue” and “worth fighting for” those sentiments seem to be clumped onto the end for form’s sake. Kerry certainly doesn’t say–or understand–that people have rights and government has limits. Instead, he talks as if the ruling elite tolerates such fools because it’s so nice.

That is remarkably different from a more traditional defense of American liberty like: We have seen how in a free market place of ideas the best standpoints generally triumph, people are happier, and prosperity ensues. Or, we believe that people are endowed with rights by their creator and no one can or should take them away.

Now that standpoint is really “something worth fighting for” and Americans in the institution now run by Chuck Hagel have been doing so for a couple of centuries. No American goes into battle to defend the right to be stupid.

Oh, wait! Kerry apparently does think so since, as he put it, showing his superior grasp of the English language: “You know, education, if you make the most of it, if you study hard and you do your homework, and you make an effort to be smart, uh, you, you can do well. If you don’t, you get stuck in Iraq.”

In contrast to a proper approach, Kerry makes the American system sound like letting the deranged walk the streets as homeless people, babbling incoherently but doing little harm. Sure, let them cling to their guns and religion while we smart people make all the decisions. He’s merely turning around a traditional left-wing critique of democracy that comes from Herbert Marcuse or Noam Chomsky, of “repressive tolerance.”

And that seems to be what Kerry and Obama really believe. Ironically, they are the modern-day equivalent of what used to be called right-wing reactionaries ruling a patriarchal society that consists of aristocrats and peasants.

Another feature of Kerry’s performance was displaying the Obama Administration propensity for apologizing. The question Kerry was answering came from a young German Muslim who merely asked him about his views on Islam. There was no criticism of the United States. It was an invitation to go into a riff about America as a great, tolerant place not to cringe and insist that outside of stupid people the United States America isn’t horribly “Islamophobic.”

Implied in Kerry’s response was the video that supposedly inspired the Benghazi attack. As you know, this claim is either discredited or, in the words of Kerry’s predecessor, supposedly doesn’t matter. On the verge of his visit to the Middle East, repeating the false notes of the new Obama era national anthem—America the Guilty—is not a good idea.

Kerry added that he’s reading a book entitled No God but God by Reza Aslan, which he gushingly praises and accepts as his source on Islam. There are, of course, many books on Islam and Kerry is free to read whatever he wants. Yet the choice of this particular one is also revealing.

What Aslan says in his book fits perfectly with Obama’s Cairo and other speeches, so much so that one wonders if Obama recommended it to him. What’s interesting, though, is that Aslan himself is an Iranian-American who seems to act like a radical Islamist.

Rather than respond with documented arguments to those who disagree with his views, Aslan has been abusive to anyone going beyond a wonderful religion of peace characterization of contemporary Islam. Perhaps most disturbing, he is a board member of the National Iranian American Council, for all practical purposes the lobbying group in America for Iran’s regime.

One can say this last fact knowing that the organization’s leader, Trita Parsi, has just lost a law suit against a researcher who made the above accusation.

Aslan also consistently claims that there is a tidal wave of hatred against Muslims in America, using them as scapegoats for the bad economic situation. Have you noticed any such thing? He also advocates in tweets that people vandalize legal American Freedom Defense Initiative signs in the New York subway. “Hey New York! How many racist ads are left unscathed? Get busy.”

This doesn’t accord with what Kerry said in his talk in Germany: “….Our country is incredibly tolerant of people of all walks of life and different philosophies and religions.”

But Aslan clearly doesn’t understand that at all. Yet if he’s correct about Islam then shouldn’t he amend his own behavior? Perhaps, however, his performances reflect something about the accuracy of what he writes. And if his Islam is so moderate then why doesn’t he condemn—rather than lobby for—Iran’s regime?

A key factor in his approach is to blame any problem with the perception of Islam in the West to Western bigotry and ignorance. Why, then, isn’t there a lot of nasty stuff going on regarding Hinduism, Sikhism, Buddhism, the Jains, or various other religions?

Any honest approach, no matter how supportive or apologetic for Islam, must acknowledge that certain political events have a relationship to this factor of fear and dislike. Once the issue of terrorism, radical ideology, and different interpretations of Islam (including those of such people as Usama bin Ladin and Ruhollah Khomeini) is discussed, though, Aslan would have to make counter-arguments. And to do that he would have to admit that there are certain statements in Islamic texts and events in Islam’s history that helped lead to these outcomes.

Aslan has said that “if you know one Muslim, it cuts in half the negativity rating you have toward Islam.” Makes sense. But that depends on who that “one Muslim” is. The main threat to Islam’s reputation is not evil “Islamophobes” but radical or terrorist Muslims and the powerful ideology they have unleashed that runs the lives of several hundred million people, threatens many millions more, and has killed a lot of Americans.

How is Aslan’s idealized, apologetic, dishonest view going to help a U.S. secretary of state facing radical states driven by a passionately felt view that they are implementing proper Islam and that if you disagree they will kill you, not just deface their signs in New York subways?

Option A: Kerry lectures the Muslim Brotherhood on how it doesn’t understand Islam properly and tells them to read Aslan.

Option B: Kerry thinks that the Muslim Brotherhood and other groups are really moderate precisely because they are so eager to practice the religion of peace portrayed by Aslan.

Pretending there’s no elephant in the world doesn’t protect anyone from getting trampled. In fact, that makes it far more likely that people will get trampled.

PS: I am told by a reliable source that Aslan has defended the Muslim Brotherhood as moderate and in a Middle East literary anthology he edited refused to publish any story by an Israeli. Aslan is one of the most successful–perhaps the most successful–of stealth Islamists in influencing American elite opinion.

An Egyptian newspaper reports that a leading figure in the moderate opposition National Salvation Front has said that the organization’s leaders will refuse to meet Kerry because of his pro-Brotherhood policy. Let’s watch to see if they meet him during his visit to Cairo.

Barry Rubin is director of the Global Research in International Affairs (GLORIA) Center and editor of the Middle East Review of International Affairs (MERIA) Journal. His latest book, Israel: An Introduction, has just been published by Yale University Press. Other recent books include The Israel-Arab Reader (seventh edition), The Long War for Freedom: The Arab Struggle for Democracy in the Middle East (Wiley), and The Truth About Syria (Palgrave-Macmillan). The website of the GLORIA Center and of his blog, Rubin Reports. His original articles are published at PJMedia.