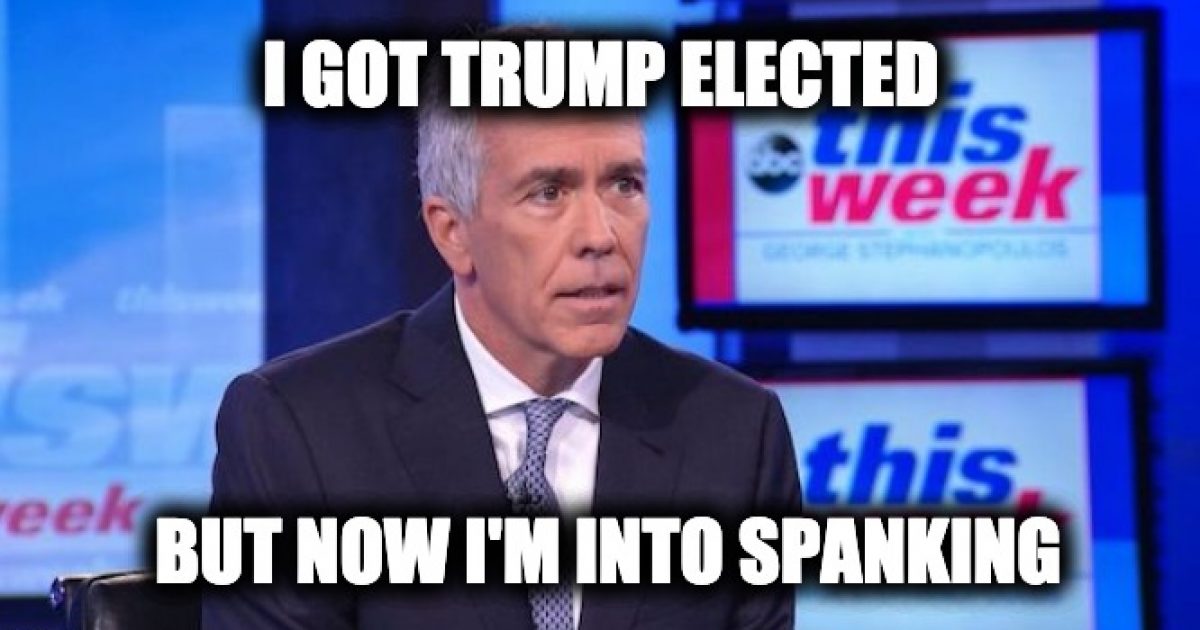 Former Republican Illinois Rep./Presidential Candidate Joe Walsh warned his party that if President Trump is the nominee in 2020, they are “going to get spanked.” MMMM is he into that stuff? Look I don’t have a problem with people doing what they want in private, but why is he talking about it on TV?

Walsh is mounting a primary challenge to Trump and the media is lapping it up as he pushes a false notion that his campaign will be the conservative alternative to the current White House occupant.

“I’m a conservative,” he said in a video of his announcement. “I’m running because Donald Trump is not who we are. He’s the worst of who we are.”

“He’s unqualified. He’s unfit. He’s a child. He’s reckless. He’s erratic,” Walsh erratically ranted. “He’s a narcissist. If he’s our nominee in 2020, the Republican Party is going to get spanked, because young people don’t like Trump. Women don’t like Trump and people who live in the suburbs don’t like Trump.”

Spanked? Is Walsh talking S&M? Because he sounds like he’s channeling the old Dean Friedman song.

“oo, oo, aha. do it again, pretty momma.
First let me thank you for letting me spank you
My credo and my ism is sado-masochism.”

On @Morning_Joe just now: “This is a referendum on Trump, and if he’s the nominee in 2020, the Republican Party is going to get spanked…because of Trump, the party is in trouble.” #BeBrave

Walsh appears to be under the misguided notion that he had some sort of effect on Trump’s stunning electoral victory in 2016.

“Correct me if I’m wrong, this man’s never apologized for anything. So here I am in front of you this morning – yes, raising my hands. I helped put Trump in the White House,” he alleged.

And you are who, exactly?

Meanwhile, as desperate as Walsh is to get attention from the President, Trump’s campaign doesn’t seem overly concerned with the primary challenge.

The media and Never-Trumpers are loving them some Joe Walsh, giving him a pass on controversial statements that they would excoriate the President for if he had uttered them.

Walsh repeatedly called former president Barack Obama a Muslim and even appeared to lob a threat in his direction after the shooting of numerous police officers in Dallas in 2016.

“Watch out Obama. Watch out Black Lives Matter punks,” he wrote. “Real America is coming after you.”

Real America is what’s going to keep Trump in office in 2020 and relegate Walsh to the trash heap of Never-Trumpers that have tried and failed to take down the President.

And if you ever see Walsh in person be careful because…well, you know