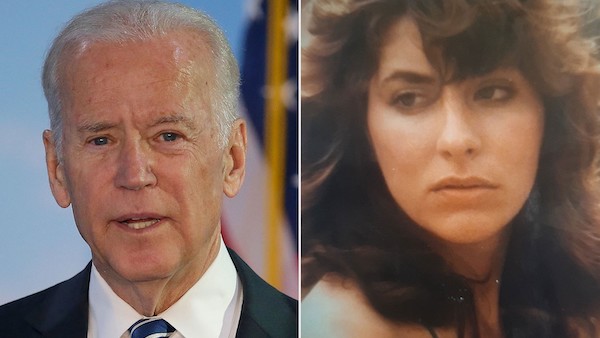 Only 24 percent of likely voters think former Vice President Joe Biden is telling the truth about an alleged sexual assault against a former staffer when he was a U.S. senator. At the same time, more people believe his accuser and “a sizeable 41%, however, is undecided.” Joe Biden Tara Reade

That revelation is from a new Rasmussen survey released Thursday, on the heels of another poll that found more Republicans than Democrats are looking forward to an election battle between Biden and President Donald Trump.

According to Rasmussen, 34 percent of survey respondents, “Tara Reade’s accusation that Biden sexually assaulted her in 1993.”

But here’s something else the survey revealed:

“Just 30% think the media is likely to cover the allegation against Biden as much as they did those against (Brett) Kavanaugh.”

“A plurality (45%) disagrees,” Rasmussen reported, “and says the media is unlikely to cover the Biden story as much. Twenty-five percent (25%) are not sure.”

This affirms an earlier report in CFL questioning media bias in the Biden story.

By comparison, Rasmussen noted, 33 percent of likely voters at the time of the Kavanaugh confirmation hearings believed his accuser, Christine Blasey Ford, while 38 percent accepted Kavanaugh’s denial. Kavanaugh was confirmed to fill a vacancy on the U.S. Supreme Court, with Democrats opposing the nomination.

“Voters aren’t surprised that most major media outlets have largely ignored the Biden story, which broke earlier this month,” Rasmussen revealed, “a stark contrast to the blanket coverage given to Kavanaugh’s accusers during his Senate confirmation hearings.”

As recalled by Jacobinmag.com, “When (then-candidate Donald) Trump’s infamous Access Hollywood tape leaked on October 7, 2016 — a mere one month out from the election — it was swiftly met with a chorus of voices from the GOP condemning the Republican candidate and calling on him to drop out.

“Now,” says writer Branko Marcetic, “as Biden stands accused by a former staffer of subjecting her to exactly the same behavior in a Senate office in 1993, he has faced no such response from liberal and Democratic quarters. Instead, Democrats and their affiliates have rallied around their candidate, only doubling down as the allegations have been further corroborated.”

They’re among likely voters excited about the upcoming election.

The survey of 1,000 likely voters was conducted April 28-29 by Rasmussen Reports. The margin of sampling error is +/- 3 percentage points with a 95% level of confidence, Rasmussen said.

Fox News is reporting that House Speaker Nancy Pelosi has “doubled down on her support” for Biden in the ongoing controversy about the allegation against him. During a Capitol Hill press conference, Pelosi reportedly “shut down” one reporter who asked about the Biden allegation, turning her attention to the subject of expanding broadband access “access as part of the broader coronavirus stimulus measures.”

But near the end of the presser, according to Fox, Washington Examiner reporter Kerry Picket asked the Speaker “whether Democrats had a different ‘standard’ for Biden than for…Kavanaugh.” Pelosi reportedly snapped back, “I respect your question. I don’t need a lecture or a speech.”

Pelosi then noted, “There is also due process. And the fact that Joe Biden is Joe Biden.” It is not clear what she meant by that remark.

According to the Fox News report, Pelosi said statements from former Biden employees do not corroborate the Reade allegation. Fox noted that “in recent weeks Reade’s story has gotten additional corroboration from people she allegedly told at the time.”