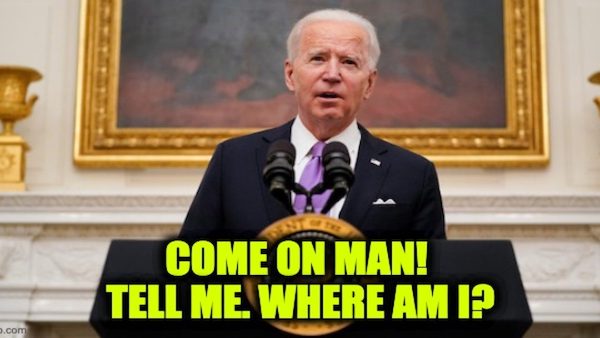 He stumbled on the stairs going up to Air Force One, and he frequently stumbles over words in his speeches, and recent polling by Rasmussen has not been very kind to the aging Delaware politician. Joe Biden shadow president

While 55 percent of Democrats think Biden is a stronger commander-in-chief, only 12 percent of Republicans agree, Rasmussen disclosed. Twenty-five percent of Independents concur.

However, 75 percent of GOP voters “think Biden is a weaker commander in chief compared to most recent presidents, as do 13% of Democrats and 44% of unaffiliated voters,” Rasmussen said.

The 78-year-old Biden is heading for a meeting with Russian President Vladimir Putin, a formidable politician. According to the New York Post, Putin “is prepared to press President Biden on the ‘human rights’ of Capitol rioters when they “meet this month in Switzerland.” The world will be watching to see how Biden handles himself.

As noted in a recent news release from the Citizens Committee for the Right to Keep and Bear Arms, “Throughout his political career, Joe Biden has portrayed himself as a tough guy.” Now he’s going to be up against a known “tough guy” on the international stage.

As reported here recently, fully half of the country’s likely voters don’t believe in Biden’s ability to deal with the nation’s rising violent crime problem. Pretend solutions such as more gun control—which only affects law-abiding citizens—will not prevent crime.