Joe Biden On Beau Biden: Is He Senile Or A Liar? 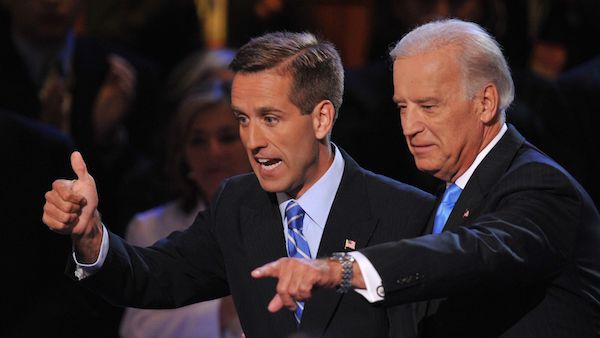 Losing a child is a horrible thing. Such a horrible experience. Parents are supposed to die before their children. A parent’s love is all-consuming, and it would be impossible for a parent not to remember where a child died and what the child died of. This week Joe Biden was very wrong about the death of his son Beau, raising the question, did he give the wrong answer because of dementia, or was he just plain lying? Either way, it demonstrates Joe Biden is not qualified to be President.

Joe Biden’s oldest son, Beau, died of brain cancer in 2015, but this week Joe claimed.  Beau died in action during the War in Iraq.

On Wednesday, Biden spoke at Camp Hale in Colorado and made a misleading statement about his son:

“American soldiers of the 10th Mountain Division scaled that 1800-foot cliff at night, caught the Germans by surprise, captured key positions, and broke through the Germans’ defensive line at a pivotal point in the war,” the president stated before mentioning Beau. “Just imagine — I mean it sincerely — I say this as a father of a man who won the Bronze Star, the conspicuous service medal, and lost his life in Iraq. Imagine the courage, the daring, and the genuine sacrifice — genuine sacrifice they all made.”

Beau Biden was a hero. As a Delaware Army National Guard member, he served in Iraq with honors. His father wasn’t lying when saying he earned the Bronze Star.

On October 3, 2008, Beau was shipped to Iraq. Biden returned home from Iraq in September 2009 after completing his yearlong stint on active duty. When stationed in Iraq, Beau spent seven months in the combat zone.

Once he returned to Deleware, Beau Biden served two terms as the State’s Attorney General. Beau was diagnosed with cancer in the summer of 2013. Sadly in May 2015, Beau Biden died from brain cancer. At the time, he was treated at Walter Reed Hospital in Bethesda, MD.

Joe Biden was talking about the death of his son Beau. He got the location wrong (Iraq vs. Maryland) and the timing wrong (if Beau was killed in Iraq, it had to happen before 2009  when he left Iraq. He died six years later).

It’s hard to believe that a politician would lie about the death of his child just to score a political advantage. Even Chuck Schumer isn’t that sleazy. Therefore I believe Joe wasn’t trying to mislead, but his wrong answer about his child’s death was a result of dementia and too sick to be President.

If the President gave the wrong answer on purpose, using the death of his son to score some political points, then he is disgusting,  has no compassion for his dead son, and cannot be trusted as President.

Either way, this man is unqualified for the office in which he sits.
ap

IMPORTANT: if you like this post, please share its title and URL with your friends and any social media sites compatible with the content of the post…..The Lid is free and will remain so. But keep in mind it’s reader traffic that makes The Lid attractive to advertisers.  Revenue from advertisers helps to fund the maintenance of the site, the latest journalism software, research, etc. …So please help The Lid produce the best content possible.