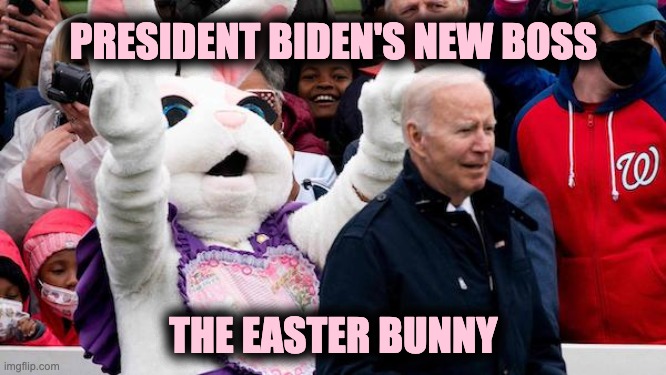 If you listen carefully, you can hear millions of Democrats screaming, “Please God, no!”

If anything proves Joe Biden is losing his mental capabilities, this may be it. According to an article in The Hill, President Biden has told former President Barak Obama he will be running for reelection in 2024.

President Biden has told former President Obama that he is planning to run for reelection in 2024, two sources tell The Hill.

The admission to Obama is the latest indication that Biden is likely to run for a second term, something the president has spoken about publicly.

During a press conference in Brussels last month, he told reporters he’d be “very fortunate” to run against his rival in the 2020 election, former President Trump.

“[Biden] wants to run and he’s clearly letting everyone know,” said one of the two sources familiar with the conversations between Obama and Biden.

Apparently, the 46th President believes that Donald Trump will run again, and he is the only Democrat who can beat Trump. In fact, he wants to run against Trump.

Asked if he would do so even if it meant a rematch with Trump, Biden smiled: “You’re trying to tempt me now.”

Is this guy mad? We’re talking about the only U.S. President in the history of this great republic to be controlled by the Easter Bunny. That cannot help his image as POTUS.

When someone’s performance polls show a higher negative than positive, it is called being “underwater.” As a President who has earned some of the worst approval ever, Biden is not just underwater. He is in the Mariana Trench in the Pacific Ocean, the deepest spot in the world.

A CNBC survey released last week found that only 38 percent of Americans approve of Biden’s job as president, while 53 percent disapprove. A FiveThirtyEight average of recent polls puts Biden’s approval rating at 42 percent.

The Quinnipiac Poll reported that 33 percent of Americans approve of how President Biden is handling his job, 54 percent disapprove, and 13 percent had no opinion.

He is even getting push back from Democratic Party Senators about not extending Title 42. This use of Title 42 expires on May 29th.

Title 42 is a public health authority that gives federal health officials power during a pandemic to take extraordinary measures to limit “the introduction of communicable diseases.” This health power has been around since 1893 but is rarely used.

In March 2020, former President Donald Trump invoked this policy through the CDC, intending that it would curb the spread of COVID-19 at the U.S.-Mexico border. The order allows border agents to turn away migrants seeking entry without giving them a chance to explain their fear.

If this action is allowed to expire, the already major illegal alien crisis will worsen. The DHC says that presently 7,100 illegals enter the country daily. But If Title 42 ends, the number of illegals may jump to as many as 18,000/day. Think about what the videos of that influx will look like on TV. Even if it’s limited to the fair news reports. It will result in a more significant decline in his approval.

The 2024 presidential election is two years five months away. Can Biden recover in that time? The only thing that can turn his presidency around is to drop the unsuccessful far-left policies he’s implemented. That has as much possibility as the NY Jets will winning the Super Bowl in the upcoming season.