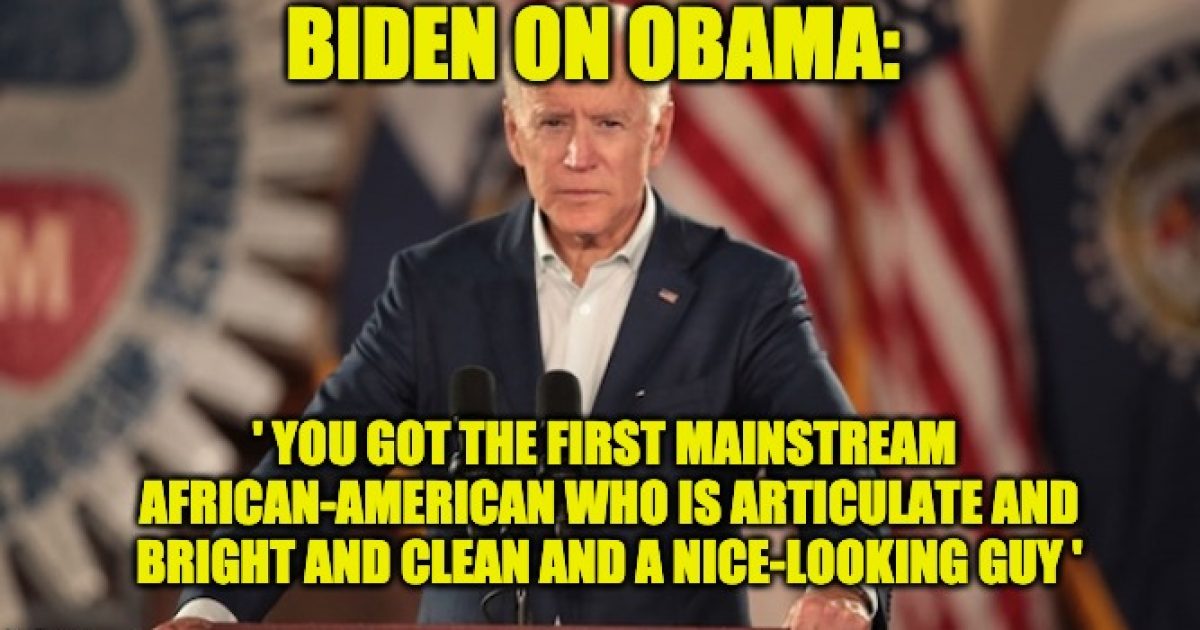 A group of snowflake, millennial students, were outraged when they heard the “racist” comments that they thought President Donald Trump said. But they were shocked when they found out they were uttered by the former SCHMOTUS Joe Biden.

Campus Reform’s Cabot Phillips visited the Arlington, Virginia, campus of Marymount University in Virginia where he discussed a group of quotes with students there.

The quotes seemed racially tinged, and the kids were distraught about the comments.

Phillips allowed the students to hear the quotes, and they thought it was all very offensive and racist.

The students all assumed that the quotes were from Trump who they have been trained to hate in the college. But, as soon as they were told that the quotes really came from Joe Biden, the kids all suddenly changed their tune.

One of the quotes will be very familiar to those who follow politics. Back during the 2008 presidential elections when Biden was once again running for president (as he has half a dozen times), Biden said, “You cannot go into a 7-11 or a Dunkin Donuts unless you have a slight Indian accent. I’m not joking.”

Another went like this: “They’re going to put y’all back in chains.”

Another remark read to the students was: “[Y]ou got the first mainstream African-American [former President Barack Obama] who is articulate and bright and clean and a nice-looking guy.”

Every kid on the video said they were sure that evil Trump said the quotes.

But when they were confronted about who really made the quotes, they were all surprised. Indeed, they all said they needed to reassess their support of Biden whose comments they now realize were racist.