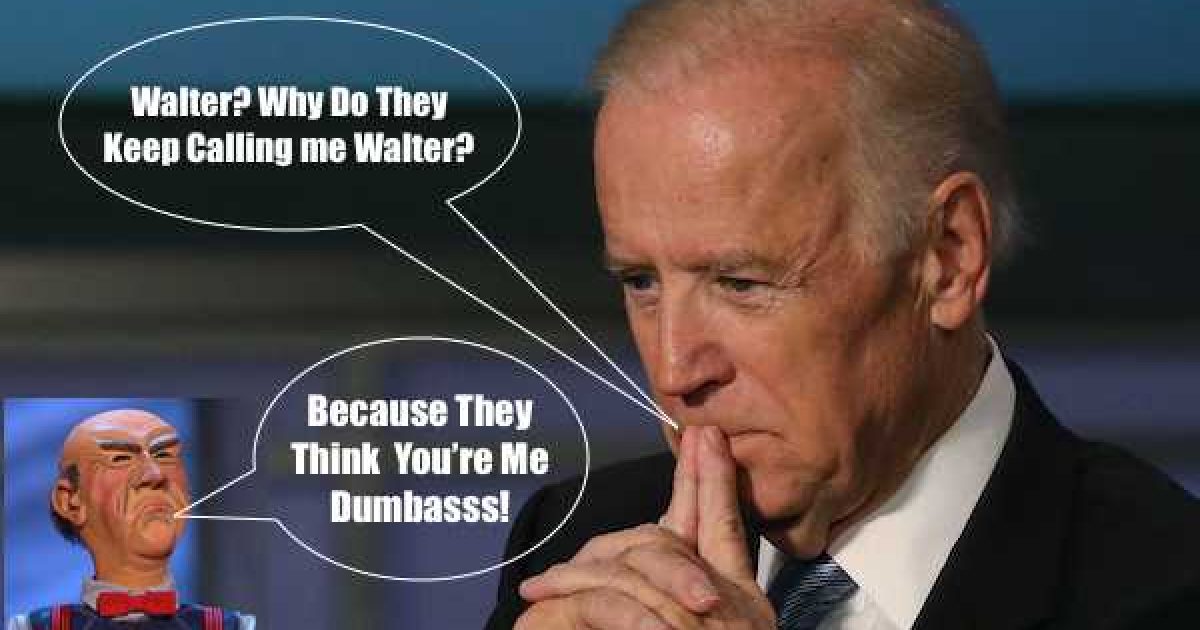 Democrat dinosaur and former Schmo of the United States (SCHMOTUS), Joe Biden is reportedly worried that he is too far out of step with modern times and can’t make sense of social media. Worse, the longer he takes to decide if he is running (again) the fewer fundraising prospects he has as the dozen other Democrat candidates suck up the major and smaller donors.

The 76-year-old Biden would become the oldest president in U.S. history on inauguration day if he were to win the White House, but many think it is already too late for him to jump in to swing that outcome.

Biden has run or contemplated running in every single presidential election since 1978, but today, in 2018, he has the best polling numbers he has ever had. In all those other attempts, Biden never made even a dent on polls always appearing in the lowest echelon of Democrat hopefuls.

But this year he is heading the polls for the first time in his life. A recent survey of Iowa Democrats, for instance, put old slow Joe at its top spot with 46 percent saying he is their first or second pick. Another dinosaur, Bernie Sanders, claimed the second spot with 38 percent of Iowa Dems. saying the Vermont commie is their first or second pick. At 21 percent, third place was given to faux Indian princess Elizabeth Warren. And in a distant fourth place (despite the media’s slobbering support for her) Kamala Harris won 18 percent saying she is their number one or two.

So, on the one hand, Joe Biden’s time to strike seems to be now. But he is not so sure, and neither are his big money backers.

According to an article at Newsmax, Biden is all wee-weed up because he is too old to “get” social media.

“He obviously has a lot of friends among the Democratic donor community,” said David Axelrod, one of former President Barack Obama’s top political advisers. “But fundraising today is turbo-charged by social media. He’s not of the social media generation.”

Biden has openly raised questions about the social media and fundraising landscape, which has changed dramatically since he first joined Obama on the Democrats’ 2008 presidential ticket.

I can see his worry. Joe’s strength always used to be the personal touch at rallies and speeches. He is down-home Joe, dontcha know. But social media does not convey that sort of personae. Joe does not know how to be Joe on social media.

But even more, concerning is the cash. Biden’s supporters are worried that he is taking too long to decide to jump into the race.

Those close to the former vice president believe he would start off at a fundraising disadvantage compared to would-be rivals, whose campaigns have benefited from an early flood of small-dollar donations from the most liberal wing of the party. Biden, a 76-year-old lifetime politician with strong connections to the party’s establishment, would be forced to rely on an “old-school grind-it-out” plan to generate campaign cash from wealthy individual donors, according to a person with direct knowledge of Biden’s thinking.

Questions about money are among the nagging issues Biden is still considering as he weighs launching a campaign. He’s decamped this week to St. Croix, a favorite Biden family vacation spot in the Caribbean, to discuss the remaining roadblocks with his wife, Jill.

Biden has long disliked the time-intensive process of political fundraising. But with virtually no campaign operation in key states, he’d need to generate millions of dollars in a matter of weeks should he enter what is expected to be the most expensive presidential campaign in U.S. history.

Indeed, Biden has already missed the boat for early fundraising.

Is it too late for Biden? He seems to be fearing that he is.