Are Joe Biden Recent Statements Evidence He Has Dementia? 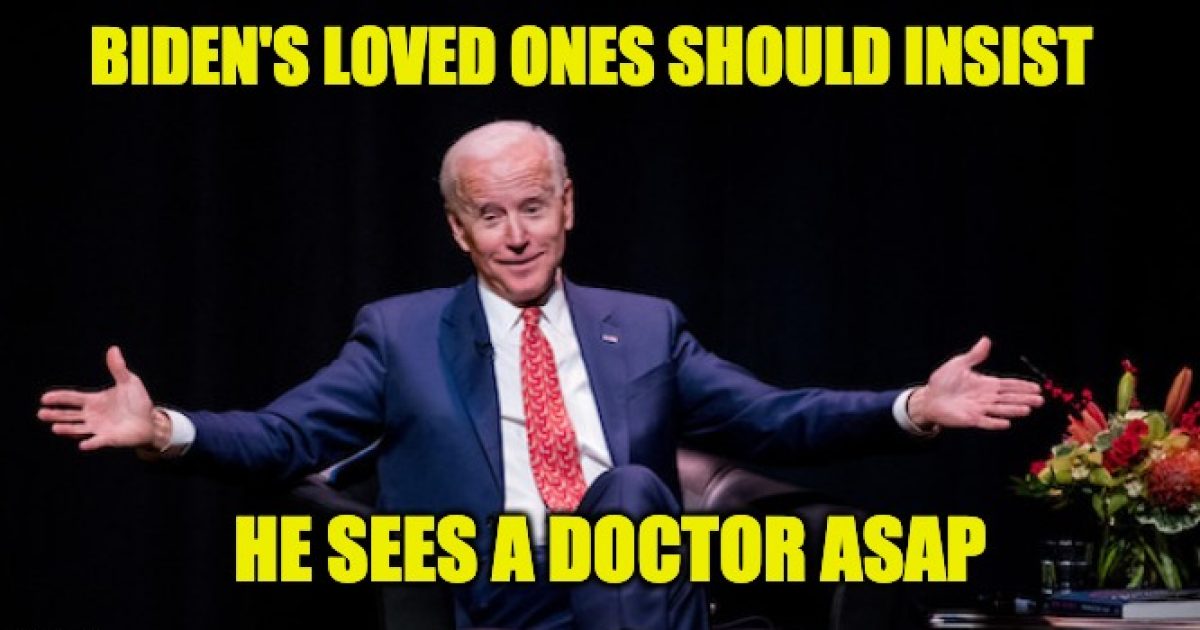 Even in the Democratic Party people are beginning to wonder if Joe Biden is too old to run for president. The answer is no he is not too old. The real question about the former Vice President should be whether or not he is suffering from dementia.  Some of Joe Biden’s recent statements seem to suggest the beginnings of a dementia-caused decline in memory and other thinking skills.

Look at his recent Hyde Amendment kerfuffle. For forty years, Biden supported the Hyde amendment then flip-flopped. All politicians flip-flop, and it is not an indication of brain problems. What makes Biden’s flip-flop concerning is that he reaffirmed his four-decade-long stance on a Tuesday and did the 180 on Thursday,

This week he made another strangely timed switch. In his second major policy flip-flop in a week, Joe Biden said, “We need to get tough with China. China poses a serious challenge to us, and in some areas a real threat.” That statement reversed a policy he’s had for two decades. And just like the Hyde Amendment, he had just publicly reaffirmed that old soft on China stance.

Perhaps the most significant indication that the former VP was having memory problems was what he said at a June 12th campaign stop:

Joe Biden: "Know what I was most proud of? For eight years, there wasn't one single hint of a scandal or a lie." pic.twitter.com/Yb8Mm8DdIC

Not even the hint of a scandal or lie? While I once published a list of 1063 Obama scandals and lies, without looking at that list, off the top of my head I came up with a list of 25 Obama scandal/lies:

If I can come up with the list above off the top of my head (and then looked up the links), how can Joe Biden, who as VP was involved in them, not remember even one!

I will admit that even if Joe Biden was healthy, I could not bring myself to vote for him not only because I disagree with his politics but also because he would be running against President Trump who IMHO has done a great job in his first term so far.

The fact that he has memory lapses should be an extra concern for members of the Democratic Party because as the pressure is building his forgetfulness is getting worse. It’s no wonder his staff is trying to keep him away from the press. This isn’t a matter of politics, but as someone who has seen too many family members suffer from dementia,  watching them desperately fight to remember the names of their children and grandchildren,  I would strongly recommend one of Biden’s loved ones insist he gets examined.