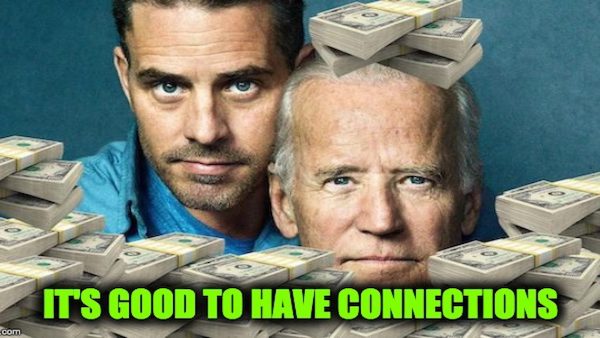 Someone forgot to use the Bleachbit.  A  water-damaged MacBook Pro was brought into a computer repair shop in April 2019. The laptop had a sticker saying it was from the Beau Biden Foundation. Beau was the late Deleware AG, Joe Biden’s son, and Hunter’s brother.  When the laptop wasn’t picked up, and the repair never paid for the service or retrieved. The repair shop checked its contents and found a treasure trove of emails and documents relating to Hunter, and Burisma, and Joe using the V.P. office to further his son’s career with Burisma.

If the story behind the hard drive is true, it will be tough to explain. Remember that Joe Biden said he never spoke to his son Hunter about his work with Burisma. That was a lie.  Emails found on that hard drive prove Hunter Biden introduced his father Joe to an adviser at his Ukrainian gas firm before the then-vice president lobbied for the firing of a prosecutor who was investigating the company, a trove of emails has revealed.

In an email from May 2014, Vadym Pozharskyi, Burisma’s No. 3 exec, asking Hunter for “advice on how you could use your influence” on the company’s behalf. The message was also sent to Hunter Biden’s business partner, Devon Archer, who also sat on the Burisma board at the time.

Hunter Biden responded by saying he was with Archer in Doha, Qatar, and asked for more information about “the formal (if any) accusations being made against Burisma.”

“Who is ultimately behind these attacks on the company? Who in the current interim government could put an end to such attacks?” he added.

The exchange came the same day that Burisma announced it had expanded its board of directors by adding Hunter Biden, who was put in charge of its “legal unit and will provide support for the Company among international organizations,” according to a news release that’s since been scrubbed from Burisma’s Web site.

A follow-up Email from Pozharskyi thanked Hunter Biden for ‘an opportunity to meet your father’ in an email sent in 2015, 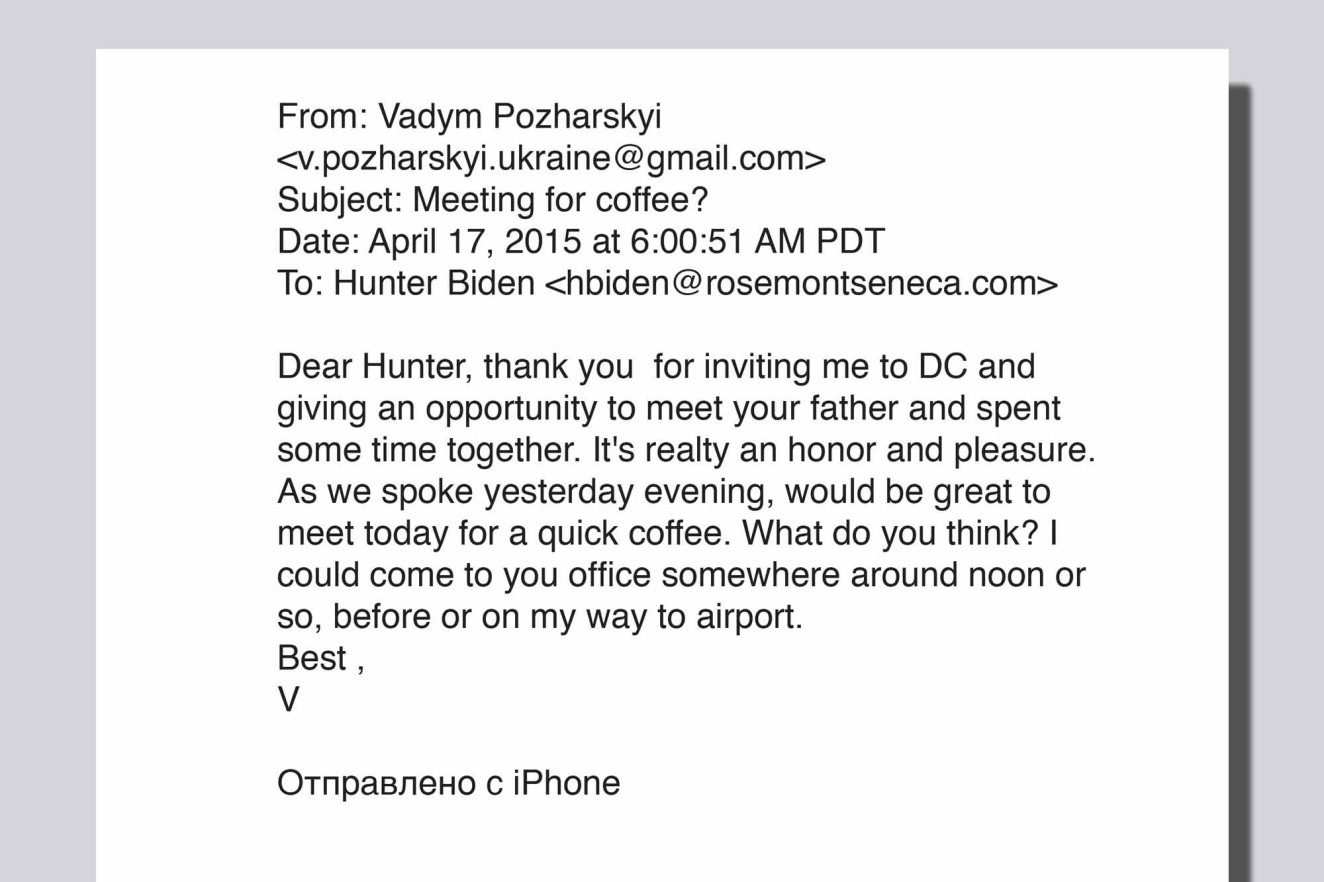 Hunter Biden actually joined the board in April 2014, according to multiple reports.

A year later, Joe Biden successfully pushed for the prosecutor investigating Burisma to be fired. As you remember, Quid Pro Joe threatened to withhold a billion dollars in aid if they didn’t fire prosecutor Shokin within an hour. As Biden described it, “‘Well, son of a b****. He got fired. And they put in place someone solid at the time.’

“Shokin has said that at the time of his firing, in March 2016, he’d made “specific plans” to investigate Burisma that “included interrogations and other crime-investigation procedures into all members of the executive board, including Hunter Biden.”

Joe Biden has insisted that the US wanted Shokin removed over corruption concerns, which were shared by the European Union.”

The FBI referred questions about its seizure of the laptop and hard drive to the Delaware US Attorney’s Office, where a spokesperson said, “My office can neither confirm nor deny the existence of an investigation.”

Here’s what we do know. We still don’t have proof that the hard drive, story, and contents are real. There is no “chain of evidence” no proof that the hard drive came from Biden. If it did, why didn’t someone from the Biden charity pick the MacBook up? The timeline raises questions. According to the NY Post, Guiliani’s attorney got the hard drive in December 2019, Steve Bannon heard about it in September, and that’s when Rudy gave the hard drive to the post. This is not to say it’s fake, but I am not ready to swear to its authenticity. However, in the past two years, we have published more than a dozen stories exposing Joe Biden’s “pay-for-play” connections with Hunter’s business so there is something there. But without more proof that the hard drive is indeed Hunter’s I am not ready to commit to this part of the story. I assume/hope that to sell newspapers/ generate ratings the NY Post and other media will continue investigating and will offer that proof.

Ed Morrissey wrote a great analysis of the NY Post revelation. I recommend you read it at Hot Air by clicking here.