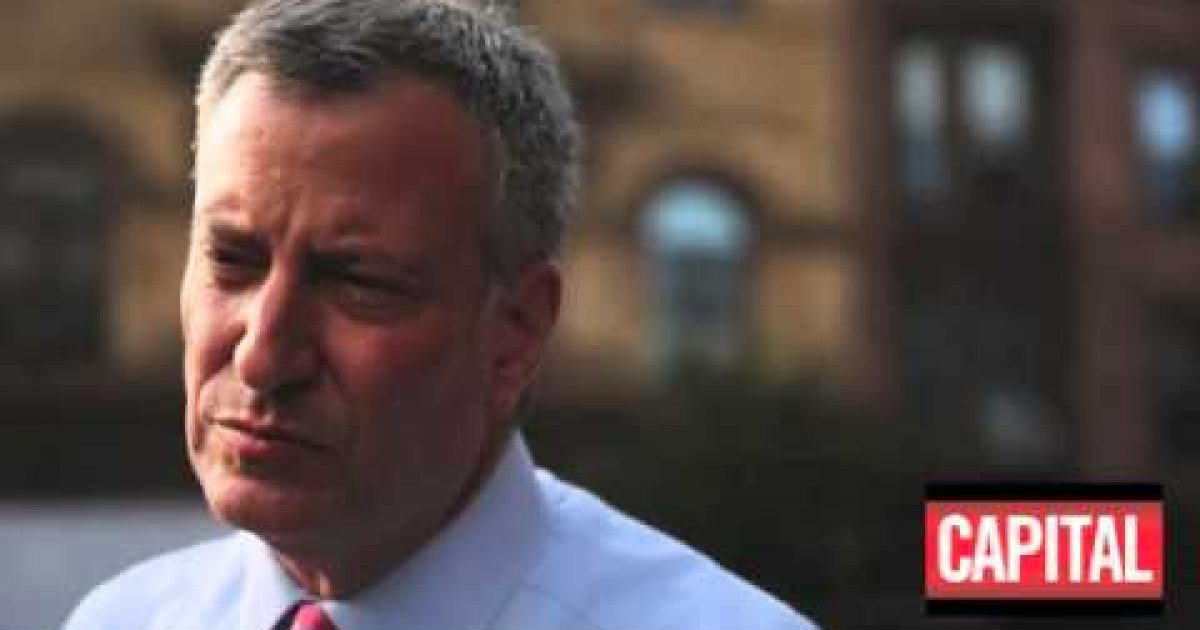 New York Mayor Bill de Blasio’s meeting with the New York chapter of The American Israel Public Affairs Committee (AIPAC) has generated protests from the extremist liberal part of the NY Jewish community. In an open letter published in the New York Jewish Week and other local papers, the group opined that AIPAC “speaks for Israel’s hardline government and its right-wing supporters, and for them alone.”

The letter was signed by a range of people with tenuous ties to Israel, from leaders of the Reform Movement (which does not have the same theological attachment to Israel as the rest of Judaism), anti-Zionist” writer Peter Beinhart, Rebecca Vilkomerson, who heads “Jewish Voice for Peace” which was named by the ADL as one of the ten most anti-Israel groups in America, and Karen R. Adler, president of the Jewish Communal Fund, a donor to the Anti-Semitic Media Matters for America.

The text of the letter reads:

We are Jewish residents of New York who read, in the leaked transcript of your private speech to a meeting of AIPAC leaders, the following:

“City Hall will always be open to AIPAC. When you need me to stand by you in Washington or anywhere, I will answer the call and I’ll answer it happily ’cause that’s my job.”

We understand that the job of mayor of New York is a complex one that often calls for your participation on the international stage, and we would not presume to define your job for you. But we do know that the needs and concerns of many of your constituents–U.S. Jews like us among them–are not aligned with those of AIPAC, and that no, your job is not to do AIPAC’s bidding when they call you to do so. AIPAC speaks for Israel’s hard-line government and its right-wing supporters, and for them alone; it does not speak for us.

It is interesting that the letter calls the present Israel government
“hardline.” This government as every government since Yitzhak Rabin has
recognized the need for a two-state solution and territorial compromise.
They are negotiating with a Palestinian government whose charter still
calls for the destruction of Israel and refuses to recognize Israel as
the Jewish state.

In response to the letter, the Mayor’s office released a statement:

“Mayor de Blasio is committed to preserving and strengthening New York City’s relationship with Israel because of our shared values and the threat of terrorism that we both face. His commitment to this goal transcends any particular organization and is rooted in the people of New York City and their values.”