Are We Going to Allow the Jewish People to Be Divided and Conquered From Within? 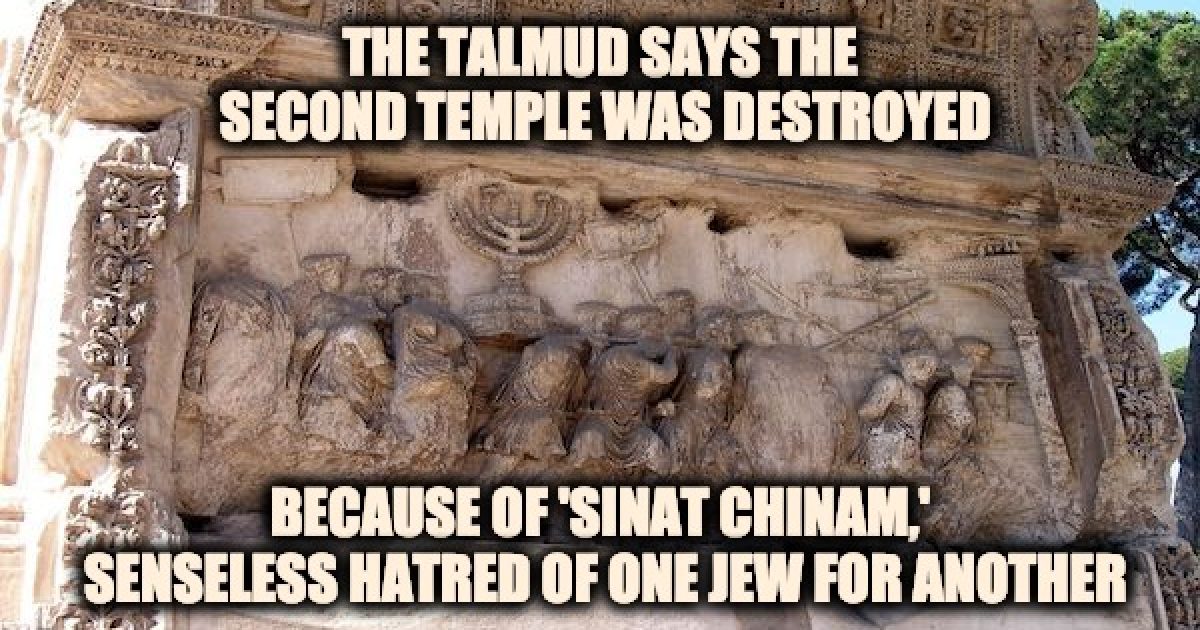 The year 2018 has provided a series of reminders that antisemitism, the world’s oldest hatred, is alive and well in our country.

On October 27, eleven Jews were massacred in Pittsburgh as they prayed on the Sabbath. It is just the latest in a series of violent attacks that have targeted the Jewish community in recent times, which come not only from the radical right but also from the radical left, and from radical Muslims.

The enemies of the Jewish people don’t only physically attack us from the outside. They have also long worked to divide the Jewish people by turning our own against us. For example, some Jewish individuals and organizations have become leaders within the BDS movement, which seeks to destroy the Jewish state.

Jewish self-hatred did not begin with the BDS movement. Isaiah 49:17 says,

“Your sons have hastened; those who destroy you and those who lay you waste shall go forth from you.”

History is replete with examples of Jews who hated the Jewish people so vehemently that they dedicated their entire lives to its destruction.

Take the new Jewish group IfNotNow, which together with their collaborators Jewish Voice for Peace set its sights on demonizing Birthright Israel – an organization that has helped over 600,000 young Jews from 67 countries connect with their Jewish heritage and with the State of Israel, the homeland of the Jewish people.

Last summer, IfNotNow launched a campaign to harass Birthright participants at JFK and Heathrow airports, and planted saboteurs to infiltrate and disrupt Birthright trips, using these stunts to secure slanted media that demonizes Birthright and its Jewish supporters. In doing so, they sought to erode support for a program that made a transformative impact for hundreds of thousands of young Jews – and to discourage participants from accepting this tremendous life-changing gift.

The leaders of IfNotNow and Jewish Voice for Peace, who are Jewish themselves, sympathize with Hamas and other terrorist organizations. They present their movement as an anti-occupation group but have never recognized Israel right to exist or the Jewish people right for self-determination.

Along the same lines, some media outlets within the Jewish community are now actively working with explicitly anti-Israel – and in some cases antisemitic – networks, such as Electronic Intifada and Al Jazeera, to attack and demonize pro-Israel leaders and organizations.

It was recently revealed by pro-Israel activist and journalist Noah Pollak that a Forward reporter was using Al Jazeera as a source for a story to smear pro-Israel entities.

It’s despicable that one of the United States’s most storied Jewish papers was working to attack pro-Israel leaders and organizations using material obtained from an Al Jazeera espionage operation, overseen by Qatar, the major sponsor of Hamas and the global Muslim Brotherhood.

The same newspaper has launched a campaign together with Electronic Intifada and Al-Jazeera to attack the financial supporters of the Canary Mission – a watchdog that compiles public statements and social media posts of antisemites and anti-Israel activists who demonize the Jewish state, deny the Holocaust and call for genocide of Jews.

In its 2016-2017 year-end report, Israel on Campus Coalition recognized that exposing and discouraging anti-Israel activists through online platforms such as Canary Mission created a strong deterrent against antisemitism and BDS. By publicly documenting the actions of anti-Israel students, these platforms have created a detailed record of the hate and anti-Semitism present on US campuses.

Enemies of the Jewish people also recognize the profound impact of Canary Mission. A recent article in the pro-BDS publication, The Intercept, was headlined: “It’s Killing the Student Movement: Canary Mission’s Blacklist of Pro-Palestine Activists Is Taking a Toll.”

New York Times bestselling author Edwin Black recently wrote that a generation from now, historians will judge the Canary Mission and others who acted to defend against anti-Jewish and anti-Israel bigotry – and those, such as the Forward, who did all they could to frustrate and obstruct those efforts.

Our Jewish community contains a multitude of diverse advocates and activists, but our strength lies in our support for each other and for the State of Israel, and the knowledge that justice is on our side. Our enemies know there are no one more credible and eloquent individuals to divide and destroy us than Jews who demonize the State of Israel and portray the IDF – undoubtedly the most moral army in the world – as craven war criminals. If we glorify and support the tactics that these hateful Jewish individuals and organizations practice, or even if we stay silent, will be responsible for their “success.”

As was demonstrated by the horrific murder of Jews in the Pittsburgh synagogue, our enemies don’t distinguish between us. Jews who support and serve the work of our enemies should not be allowed to continue to divide and self-destruct us from within.

The pro-Israel community must stand up to marginalize these bigots and their supporters. If we don’t, history shows that the results could be catastrophic.

Adam Milstein  Is An Israeli-American philanthropist.

Unlike the Jewish diaspora of the past, today’s Jews have the strength and ability to fight back, we also have the State of Israel. However, antisemitism isn’t just a Jewish problem, it’s an American problem!

I wanted to share with you a glimpse of a new vision that Adam Milstein is working on:

Hatred and bigotry in America are moving beyond antisemitism. It is time to wake up the American people. The rising antisemitism is only a symptom of a bigger issue in the U.S. It is time to unite and work together to eradicate the antisemitic phenomenon that seeks to ruin our American way of life.

We, as concerned citizens, must be proactive in combating the dangers of rising antisemitism and hatred in America, which threatens our values and way of life. We can no longer be lame ducks waiting for the next attack. The time is now to be sober, strategic, and strong in combating hate originating from radical movements in America: the Radical Left, the Radical Right, and the Radical religious approaches.

How can we work together?

We must use all legal resources at our disposal to research, document and create a database of individuals, organizations, campaigns, and events associated with these hate groups, and their influence on social media, American politics, our public schools, universities, think tanks, main media, and government offices.

We need to expose their illegal activities, alerting the appropriate authorities, and other concerned citizens and organizations willing to combat them.

To ensure a better America for our next generations, we can no longer ignore these threats!! If you want to fight against the threat to our values, freedom, and democratic way of life; please join our movement click this link to register to receive updates and news about our activity.

It is up to us to be proactive for a better future. Don’t wait that the others will do the job, it is a fight for our lives.