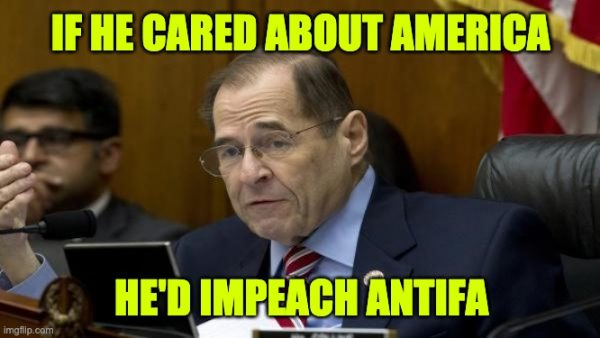 Sadly it’s not Rep. Jerrold Nadler who is imaginary. He is a powerful Congressional Democrat. On Thursday, Nadler (D-NY) took a break from trying to overturn the 2016 election and spoke on the House floor. During his address, Nadler called the domestic terror group, Antifa an “imaginary” thing. Justifiably he got absolutely shredded by GOP representatives for his idiotic statement. Jerry Nadler Antifa

“…dealing with imaginary things like Antifa,” Nadler said on the Floor of the House.

The Chairman of the Judiciary Committee just called #Antifa "imaginary."

Ask the journalists they've attacked and the owners of businesses they've destroyed. pic.twitter.com/KE5KdaOKWH

I’m pretty sure that @MrAndyNgo could give Jerry Nadler a real good argument. Maybe Nadler’s ‘imaginary’ friends will turn on him one day soon.

In case you don’t remember, this is what happened to reporter Andy Ngo:

Update to @MrAndyNgo supporters — he is being admitted to the hospital overnight as a result of a brain bleed. You sick “journalists” and other hacks gloating about this should be ashamed. As for the rest, please pray for @MrAndyNgo who we need back in health — brave man!🙏🏼🙏🏼🙏🏼❤️ https://t.co/XYVy4EbIzv

He is a true buffoon and possibly the biggest pushover of all time.

He has to be the most obvious example of someone that lied once and has to continue the charade because his handlers have said so, despite not even believing what he is saying or doing

Pushover? Even with his reduced weight, pushing Nadler over would take quite the push. Well…unless Nancy Pelosi told him to fall down.

I guess the Antifa I saw in Colorado, waving their standard and attempting to intimidate Conservatives with hateful slogans and chants were a figment of my imagination.

Maybe Nadler’s Antifa comment comes from watching too much CNN.

Twitchy noted that “CNN’s Don Lemon defended the organization, saying, ‘It says it right in the name: Antifa. Anti-fascism. Which is what they were there [in Charlottesville] fighting. Listen, no organization is perfect. There was some violence.’

SOME violence? Is Lemon drunk-casting again? I wonder if this old guy beaten with a crowbar by Antifa agrees with calling it SOME violence. 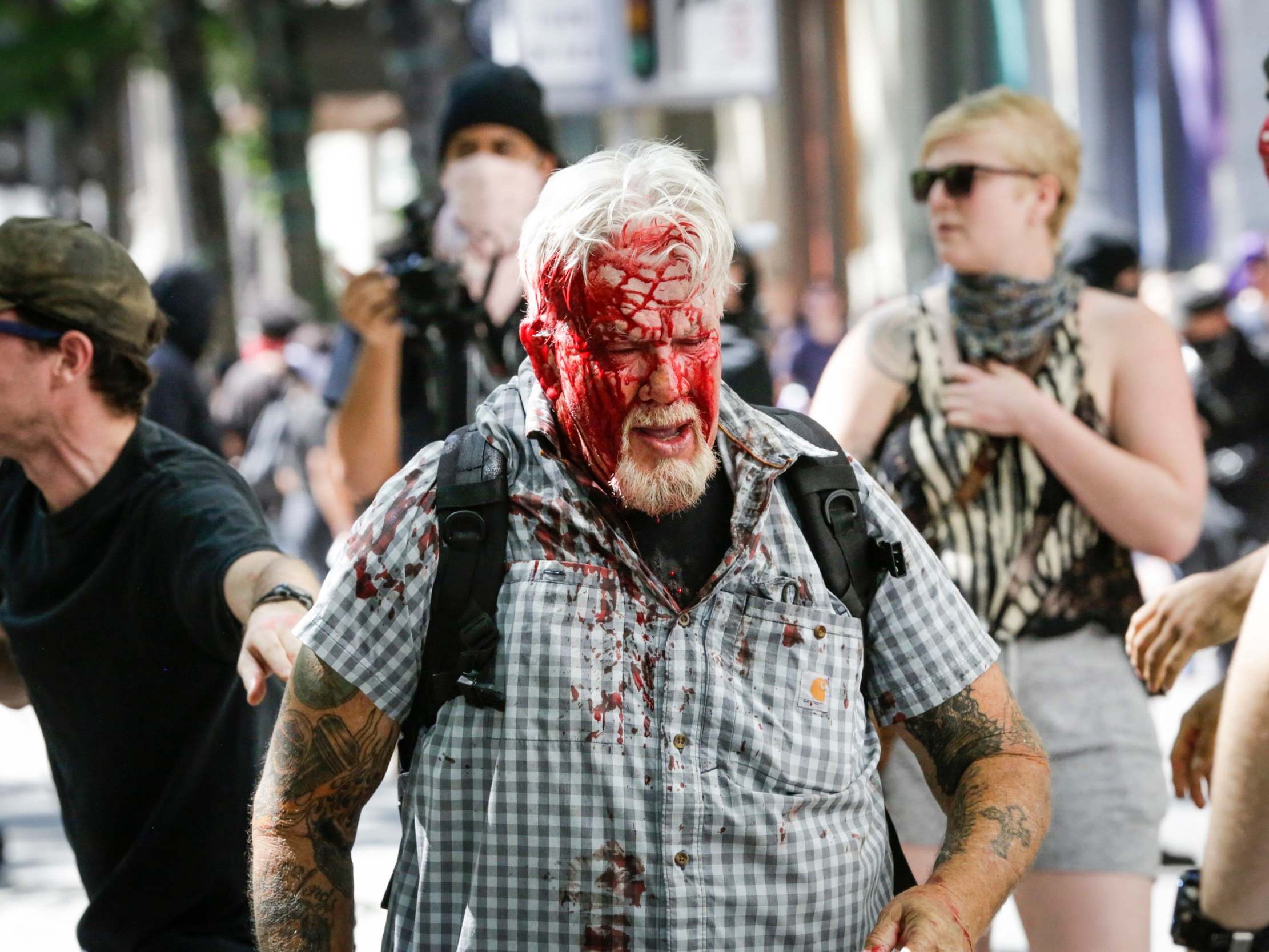 And it’s not just Don Lemon. CNN propagandist Chris Cuomo has also expressed support for Antifa, but in his defense, Cuomo might have said it on a day his brother NY Gov. Cuomo was using the brain they share. Minnesota AG Keith Ellison has defended the terrorist group also.

Maybe, Nadler thinks this threat against a California Republican by an Antifa terrorist was a figment of his imagination.  Or NPR’s Tim Mak made this up.

Dodged an egg thrown at my head from inside the Antifa crowd as NPR's Brian Mann narrated pic.twitter.com/wQKUdSCirw

Americans across the country have been threatened and/or assaulted by Antifa terrorists.  Maybe Nadler thinks that was all a figment of their imaginations as well.

This isn’t the first time Nadler has rejected reality. When Ilhan Omar made anti-Semitic comments, he blamed it on the “right-wing.” At the last minute, Nadler changed his mind and supported the lousy Iran deal that put our allies Saudi Arabia and Israel, and most importantly, the United States in danger. And of course, Nadler led the impeachment of President Trump effort, which he based on the Ukraine hoax.

Perhaps it’s his stomach staple his warping his mind (I told them not to use lead staples). Either that or Nadler is sucking up to the Democratic Party’s leftist base.

The only way to cure Nadler of his Antifa love is to vote against the Democrats as to take them out of the Congressional majority.

Below is a list of Antifa stories to show that Nadler is totally wrong about Antifa.