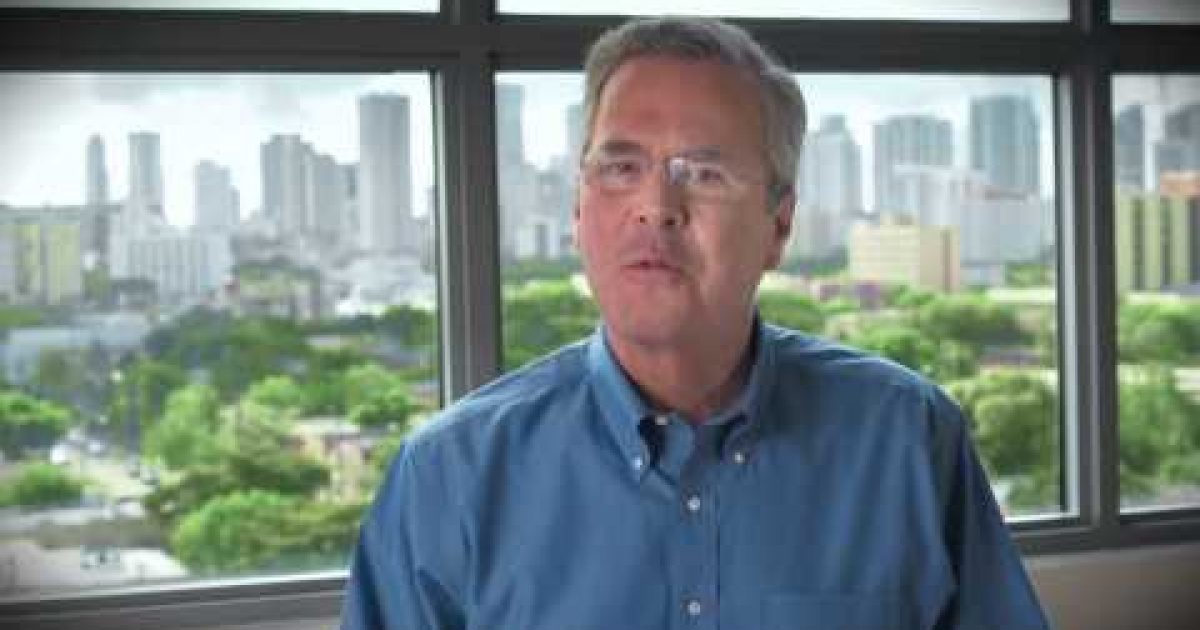 To nobody’s surprise, after months raising money and lining up support on the sidelines, John Ellis (Jeb) Bush has announced his candidacy for President. Bush joins a crowded field with many viable candidates most of whom have already announced. While so far Bush has failed to take a decisive lead in the polls, something most of the pundits had predicted, he has raised a ton of cash which will help him get out his message.

Jeb’s got a few things going for him, he was a very successful conservative governor of Florida, and has obvious name recognition. On the other hand his name hurts him, especially because of still negative feelings about his brother Bush #41. That is probably why his campaign logo uses is first name only (at the end of the video below) its kind as if the Bush is silent. Also weighing against him is that his positions on Common Core and Amnesty for Illegal immigrants are not popular in the party.

Either way, It’s going to be an interesting race.

Below is the latest Jeb Bush video posted at 9AM on Monday, his announcement day.

Note: This is being posted as part of our coverage of the 2016 primary.  It does not represent an endorsement, nor will I be endorsing any GOP candidate during the primary season.

Tomorrow: The only “clown” in the race Donald Trump is expected to announce.