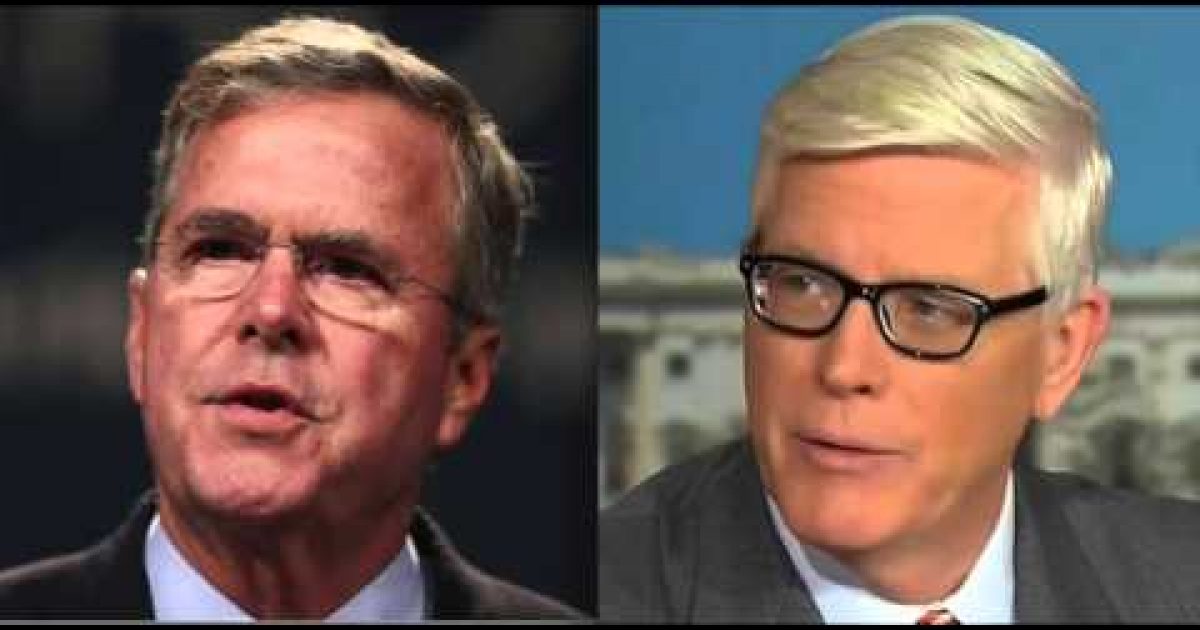 Republican candidate for the 2016 nomination, Jeb Bush was a guest on the Wednesday evening Hugh Hewitt show, they spent the first part of the conversation talking about President Obama’s  statement about going to the climate change conference being ‘powerful rebuke’ to terrorists (the first video below).

Inevitably the conversation turned to Donald Trump. Bush seemed to show some aggression as he fought back against the man who was leading the race, saying that Trump was “not a serious man,” that he “loves to divide the country up,” “exaggerate” and “lie.”

While many of his statements about “the Donald,” maybe accurate depending on one’s perspective, Bush has a lot more to worry about than Trump. According to the RCP average, he ranks 5th with each new poll the margin between his numbers and those of 4th place Ted Cruz increases.

Below are two videos, the first is the segment of the interview where Jeb Bush talks about Obama’s ISIS response. That is followed by the transcript and video of Bush talking about Trump.

Bush: Well, I thought you were, so I was just validating it.

Hewitt: I just wanted to ask you, is the campaign henceforth all about Donald Trump? Or how does it evolve in the next ten weeks before Iowa and then New Hampshire, South Carolina and Nevada?

Bush: In my case, it’s about who has the leadership skills, the proven leadership skills to reverse course and to create high-sustained economic growth for this country again where people’s hopes are lifted up, and how do we create a secure America and a secure world by American leadership, and I want to tell that story. The Trump story, I can’t control, obviously, and I think over time, people are going to see that he’s not a serious man. He’s entertaining, he loves to divide the country up. He exaggerates or doesn’t tell the truth as it relates to thousands and thousands of Muslims that were cheering in Jersey City. Those kinds of things are just not factual and not accurate, and they’re all done to provoke anger and angst and frustration that already exist. And I just think he need to get beyond that. We need to start fixing these problems, and so my story is one, a proven leader that has the capability of making tough decisions and fixing these enormous problems our country faces.

DAVIDSON: Taking On Too Much At Once?
March 2nd, 2021 Flag And Cross

What Is Facebook Afraid Of -The Law: Facebook Labels Bradlee Dean A “Dangerous Individual,” And His Ministry A “Dangerous Organization,” Amen!
March 2nd, 2021 Sons of Liberty Media