Jeb Bush Rips OPM Director, ‘A Political Hack’ Who Should ‘Never Have Been Hired’ 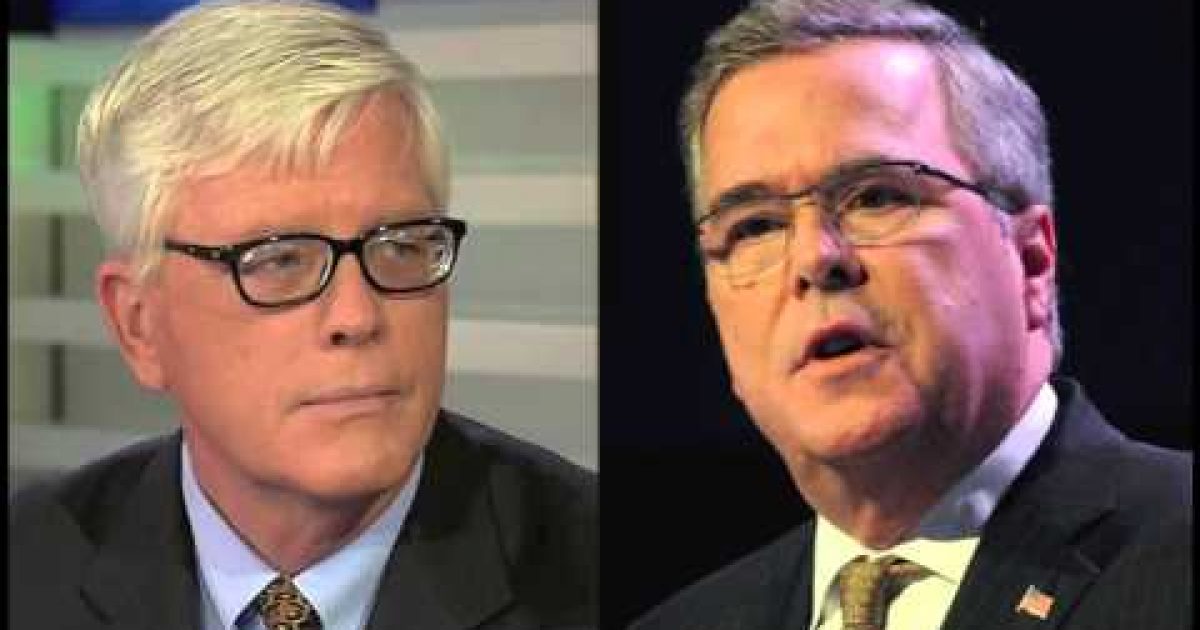 GOP presidential candidate Jeb Bush was a guest on Friday evening’s Hugh Hewitt radio show. The two discussed a wide-range of topics including the recent hacking of the federal government servers believed to be by China, lifting the personal data of tens of millions of present and former government employees.

Bush did not mince words calling the Office of Personnel Management (OPM) director a political hack who should be fired. In fact he said she should have never gotten the job.

This segment of the interview and the audio follows:

Hewitt: Now Jeb Bush, you put out a great statement on the OPM data breach. You and, I think, Carly Fiorina are the only Republicans who seem to have gotten the importance of that. Should the President fire those people at OPM and bring in a new team?

Bush: Absolutely. She should have been, never have been hired. As I understand, she was the political director of the Obama reelection campaign. Just by definition, that’s pretty much a disqualifier, in my mind. It’s, not everybody in politics is bad, by any stretch, but it sends a pretty powerful signal that the head of the HR department of the federal government was a political hack. I just think that was wrong, and her testimony, from, on the parts that I’ve seen, that’s been published, shows that she refuses to acknowledge any accountability, any responsibility. This is a growing, endemic problem in the Obama administration. No one accepts responsibility.

Hewitt: I think that extends as well…

Bush: And this is a huge security problem for our country.

Hewitt: I think that refusal to accept responsibility extends to the former Secretary of State, Mrs. Clinton, and her server. Mike Morell, the former deputy director of the CIA, said on this show it’s almost certain her server was compromised by hostile agencies. Do you think that server and the fact that she put the national security second behind her privacy concerns is going to be an issue in the general campaign?

Bush: I do think it’s going to be an issue, and I think it’s also an issue that President Obama hasn’t even gone to Fort Meade to the headquarters of the NSA to applaud the efforts of our counterintelligence people. These are patriots that are keeping us safe, and it’s been, it has been deemphasized, and we’re starting to see the results of this. The OPM is the worst of this, but there’s other cases as well, and look, Secretary Clinton is going to have to be held to account for her private server. I can’t imagine that the security of her server in her home in New York is going to be better than it would be at the Department of State. At least I hope not.

Bush: Maybe they’re hacking into the Department of State, too. Who knows?

Bush: But this is a serious challenge. This is a threat to our national security. You think about security clearances. I don’t know how, you know, again, this is speculation on my part, but when you fill out these forms for security clearances, you’re giving up information that goes way beyond the person that’s applying for the clearance to all sorts of other information. This is a treasure-trove, and if it’s true the Chinese have this stuff, this is, this is as bad as Snowden, or as bad as Bradley Manning.