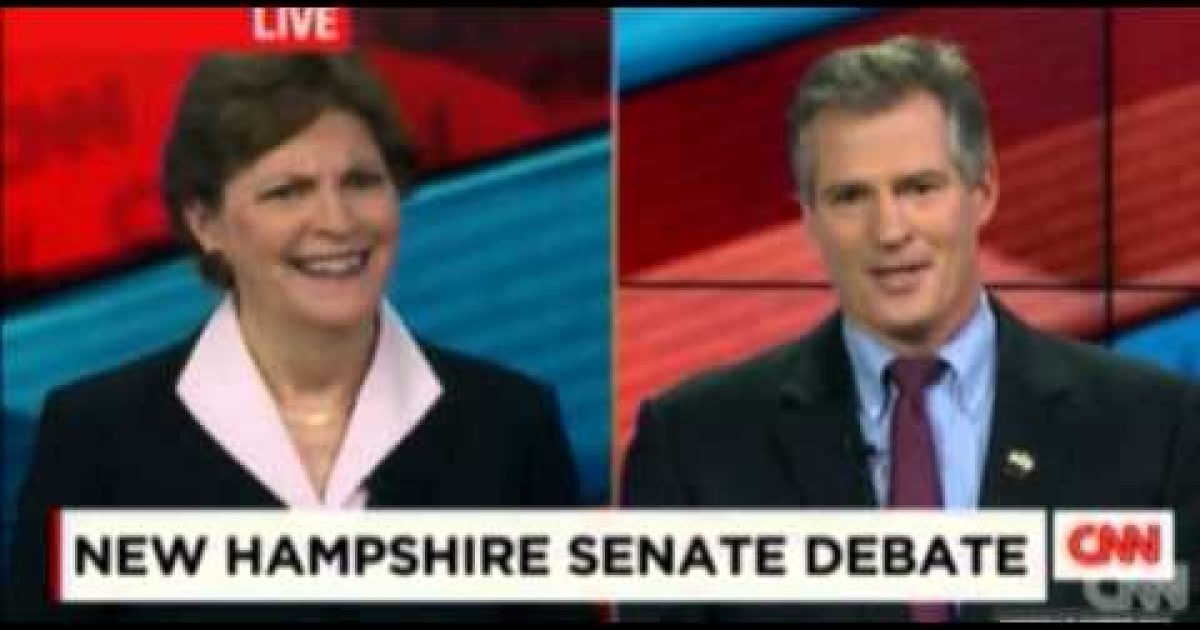 Facebook Twitter Flipboard
If Jeanne Shaheen’s goal in her debate with Scott Brown today was to create more material for Brown’s campaign ads she had a great night.  But assuming the incumbent Democrat wants to win her reelection campaign it was a Terrible, Horrible, No Good, Very Bad Debate.

In a rare moment of candor, Jeanne Shaheen admitted that she and every other Democratic senator on the ballot this fall was the deciding vote for ObamaCare. And as if that wasn’t a big enough problem on its own, Shaheen said she was proud of her record of supporting President Obama 99 percent of the time and waffled on whether she wanted the President to come campaign for her….Yikes… watch her multiple gaffes below.

Jeanne Shaheen Admits She Was The “Deciding Vote” For ObamaCare

Jeanne Shaheen: I’m “Proud” Of My 99% Voting Record With Obama

Jeanne Shaheen Waffles On If She Wants Obama Campaigning For Her