Jason Chaffetz “Loses It” At Benghazi Hearing: Talk of Video ‘Only Comes From The White House.’ 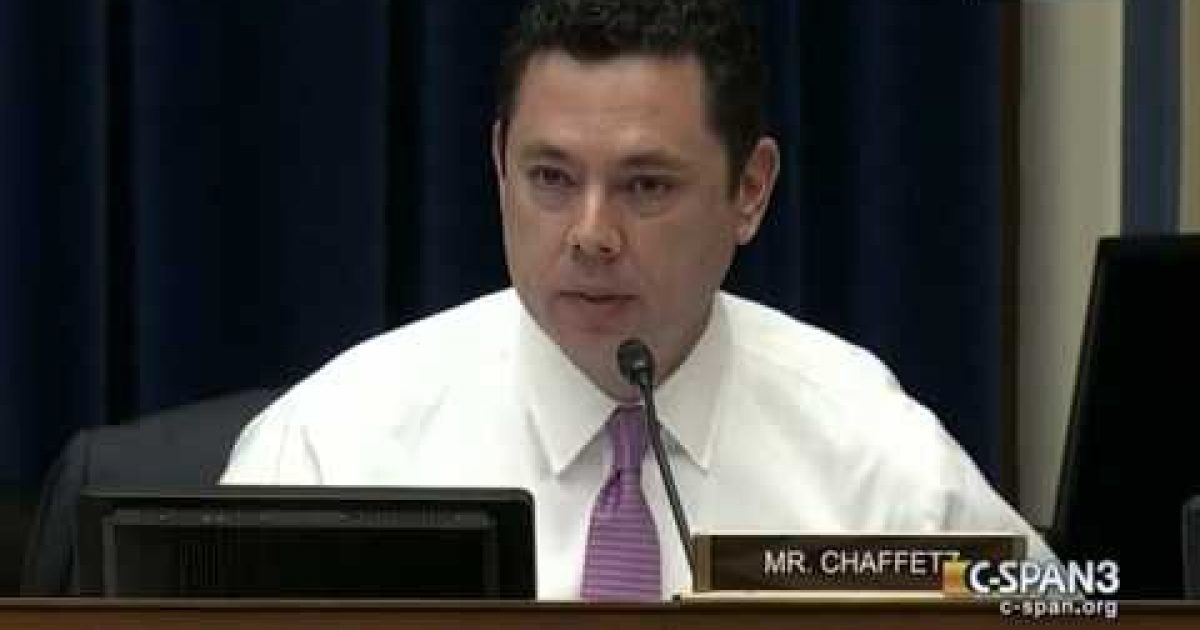 Chaffetz brought up previous testimony that pointed to the fact that there was no talk of video from the experts who were evaluating the Benghazi attack as it happened and asked the General to confirm whether their testimony was true.

One by one the General confirmed that the testimony was true leading Chaffetz to loudly exclaim:

The military, the CIA, the CIA station chief, the State Department; all of them, the facts at the time, Mr. Chairman, the facts do not point to a video. That only comes from the White House.

Chaffetz acted the role of the aggressive prosecutor, making the video below a must watch: