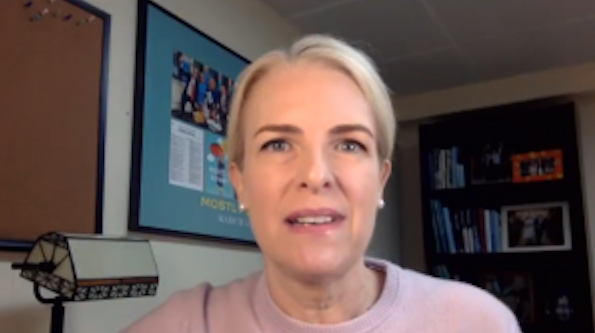 After being stiff-armed by officials who knew she was going to run through them like a buzzsaw, the NYS Senate was finally shamed into hearing Janice Dean testify.

This Chinavirus has wreaked havoc on most of the country, but for some families, it has been absolute Hell. Janice Dean represents one of those families. During the lockdown, she lost not one, but both of her husband’s parents to the virus. Thanks to NY Governor Cuomo both had the misfortune of staying in New York nursing homes at the time.

Now that decision-makers are being called to account for their actions during the peak of the crisis, Janice Dean has something to say about it.

For months Fox News meteorologist Janice Dean has been trying to tell her tragic story. Her in-laws, Mickey and Dee Newman died in separate New York eldercare facilities during the coronavirus pandemic. She has made no secret of the fact that she blames Gov. Andrew Cuomo and his nursing home mandate, which forced facilities to accept recovering COVID patients. Over 6,000 COVID patients were reportedly sent to elder care homes over the course of 46 days. When New York lawmakers began hearings on the subject, Dean was ready to testify. But the New York State Senate didn’t want to hear it. A few days before the first meeting was set to begin, her name was taken off of the witness list. She later found out that was because the Democratic majority would have been too “uncomfortable” with her testimony.

New York Republicans gave her the chance to speak on Monday, and through a painful amount of tears, she managed to get through it.

Mickey and Dee’s health had been declining for some time before they went into elder care facilities, Dean explained. It was “the first time in their lives they had been apart like this.” Mickey’s facility went into quarantine in March and she was notified that he’d be moved to a different floor to make way for a new crop of patients. Dean says that she now believes that some of those new patients were ones recovering from COVID. Some days later the staff called her husband to notify him that his dad was sick. He had a fever, and three hours later he was dead. They were told it was likely a result of coronavirus.

“We only got confirmation when we saw it on the death certificate,” she said.

Dean recalls how her husband Sean had to break the news to his ailing mother. He would later visit her but had to stand ten feet away with a mask on, telling her he loved her.

“He would never see her again,” Dean said as she choked up.

Dean said that her husband recalled how, in his mother’s facility, workers were getting coffee without masks on, and they were allowing residents to roam freely. The last thing Dee asked of her son before she died was to get Easter gifts for the kids and put her name on the presents.“Eldercare homes were turned into death traps.”

Her death was not counted as a nursing home death because she died in the hospital. New York, Dean fumed, is the only state who doesn’t count deaths in the proper way. —TownHall

In fact, a recent report claimed that the NYS nursing home death count much higher than the 6,600 claimed by the state, it’s closer to 11,000.

Janice Dean went on to blast Democrats for being ‘uncomfortable’ with hearing her story, flipping the script, and saying it was the families of the victims who have been bearing the real brunt of any ‘discomfort’.

She also said that it’s not the story these Democrats are uncomfortable with… it’s the cover-up.

Another witness showed just how harsh the family members were treated when she described the notification she got about her loved one’s death.

Here’s a clip of her testimony.

Here’s part of my testimony today. Thank you to @NYS_AM @nysenategop for allowing my voice to be heard. pic.twitter.com/01EzxCfxDT