Can Someone Give This Guy A Copy Of The Federalist Papers? 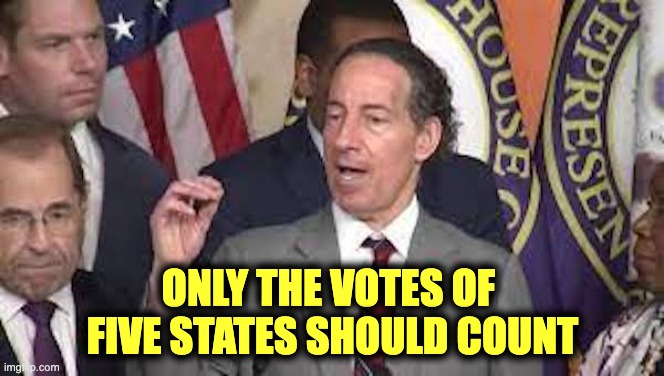 Note; Yes, the U.S. is a republic not a democracy. However, that is not the Raskin stupidity we discuss below.

Rep. Jamie Raskin (D-MD) proved the day his High School class discussed the Constitution. he played hooky and went to the beach. Either that or he was in class but didn’t understand what was being taught because the teacher used words with more than three letters,

On the December 26th version of the CBS show, “Face the Nation,” Raskin told Margaret Brennan that he wanted to get rid of the  Electoral College.

“The Electoral College now – which has given us five popular-vote losers as president in our history, twice in this century alone – has become a danger, not just to democracy, but to the American people. It was a danger on January 6…. “There are so many curving byways and nooks and crannies in the Electoral College, that there are opportunities for a lot of strategic mischief. We should elect the president the way we elect governors, senators, mayors, representatives, everybody else. Whoever gets the most votes wins.”

Note; Yes, the U.S. is a republic. Not a democracy. However, that is not the issue of Raskin’s lack of knowledge we discuss below.

Removing the Electoral College (in favor of a popular vote) is serious, like a magnitude 10 earthquake serious. I won’t here go into how the Electoral College functions, as most of you readers know and understand what Rep. Raskin doesn’t. Take away the Electoral College votes cast outside of five states would NOT count. Elections would be determined mainly by the votes of five big liberal states New York, California, Massachusetts, New Jersey, and Illinois. For example, in 2016, Hillary won those five states by a total of 8.4 million. Trump won the rest of the country by 5.5 million.

If the electoral college is eliminated, the 45 smaller states will no longer matter to national candidates, and their needs will not be addressed.

The electoral college was created to prevent what James Madison called “the tyranny of the majority.” The system of electing a President outlined in the Constitution is carefully balanced to safeguard both the majority and the minority’s rights.

The Electoral College allows every American citizen to have a voice in who leads the country, who represents their interests, and what direction we go as a country. It forces a president to heed the needs and wants of citizens in every state.

If Raskin’s statement is allowed to be implemented, it will not save our democratic republic. It will kill it on the spot it cannot be allowed to happen.