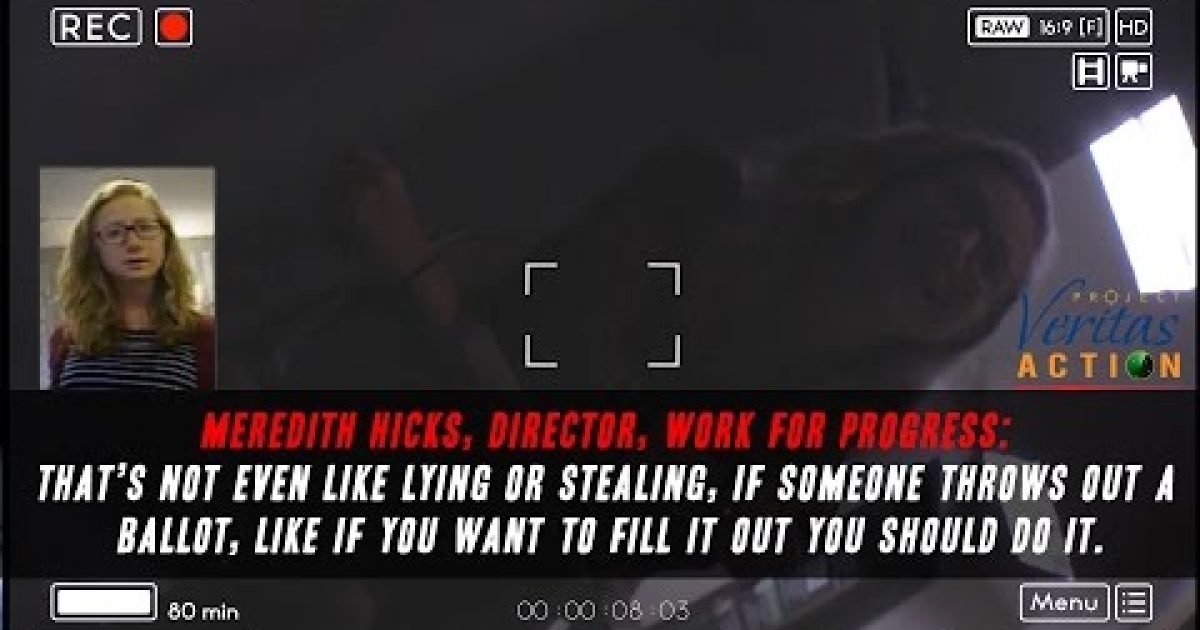 When Democratic Party wonk and progressive ideologue Donna Brazile tweeted that there was no concrete evidence of voter fraud, she must have forgotten the ACORN scandals exposed in part by James O’Keefe.

When Project Veritas’ James O’Keefe saw the tweet he promised some new havoc which would prove her wrong. Today he delivered again.

A video released on Wednesday by O’Keefe’s Project Veritas has agents going undercover and recording Senator Mark Udall advocates in Colorado condoning voter fraud. (By the way James the mustache looks good you should grow one).

One woman, Meredith Hicks, the Director for Work For Progress, says, “That’s not even like lying or stealing, if someone throws out a ballot, like you want to fill it out you should do it.”

The nearly eight-minute video has case after case of O’Keefe talking to different Democratic operatives admitting to possible voter fraud.

One woman who works for Greenpeace told O’Keefe where he can find recycled or discarded mail in ballots to fill out for Udall and give him the extra votes.

Another woman, Nicole Hanlen, directed a PV agent to a location where out-of-state people from Oregon can cast their vote by just using bills and not a Colorado I.D.

Knowing O’Keefe I am sure there is more coming. Watch the video below: