James Comey Lies About Shutdown Payroll, Gets Smacked Around On Twitter 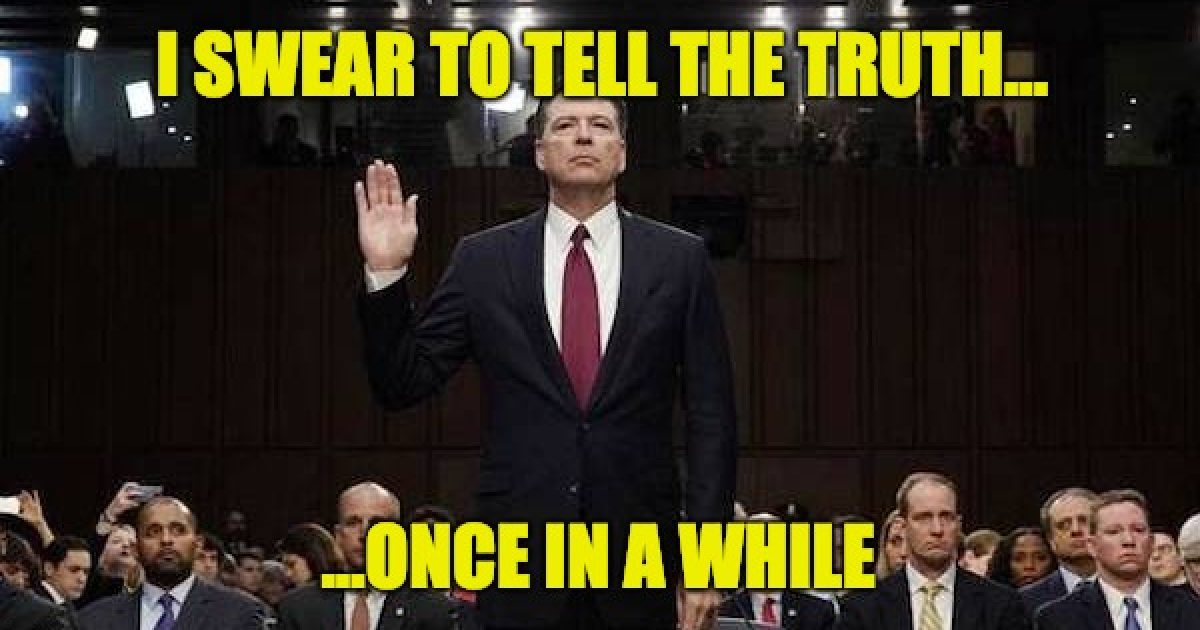 These days it seems that leftists don’t give a damn about the truth regarding anything.  A great example is Former FBI Director James Comey, who has shown he is expertly skilled at being deceitful. James Comey took to Twitter with a completely false claim about payroll during the temporary government shutdown. The brutal fact-check Comey received on Twitter after posting his lie that FBI agents would spend Christmas without a paycheck, was very well deserved:

FBI families will spend Christmas without a paycheck. This president promised Mexico would pay for the wall but innocent people are now paying the price for another lie. Our thoughts are with hardworking public servants and their families.

Led by Gabriel Malor, he was quickly fact-checked on Twitter:

“Per OMB guidance, checks for Pay Period 26 (December 9-22) will be processed as usual. Which means federal employees will get their normal direct deposit between December 28 and January 3,” one person said in response. “It’s the paychecks *after* that, starting with Pay Period 1, that are stopped.”

This, of course, makes perfect sense if you think about it for just two seconds. The money for December 9-21 salaries was appropriated and obligated. So those payments can be sent as part of normal shutdown operations.

It's the pay period after that where there is no money.

And you don't have to take my word for it, you can go look at OMB's shutdown guidance for yourself. https://t.co/cM5lhgD2Vs

Per that guidance, the critical date when it comes to federal employee paychecks will be January 11. That’s when the payments for Pay Period 1 (Dec. 23-Jan. 5) would ordinarily have been delivered by direct deposit.

Of course as is the practice on Twitter, others joined in:

Or as Judge Judy once famously said, “Don’t pee on our legs and tell us it’s raining.”

This is a blatent lie. Paychecks already went out for the week, and are always a week behind time off.

I really wish you would fade away. You have done more to destroy the reputation of the FBI than any man in history.

@SebGorka @RealJamesWoods @realDonaldTrump Mr Comey, John Brennan, James Clapper and yourself have done more to undermine the people’s trust & the intelligence community’s integrity than any 3 individuals in American History! pic.twitter.com/T05tpHFHMX

Would you like a little cheese with your wine?

JH is correct, and that would be the easiest solution. If he doesn’t talk, he can’t lie.

They will get their checks this week. It’s only the next checks in January.. so comey lies once again

So the ex-director of the FBI doesn’t know how payroll works in his former agency or is lying?

Well, Emil, I vote for lying. We’ve gotten used to the fact that’s what usually happens when Comey talks.