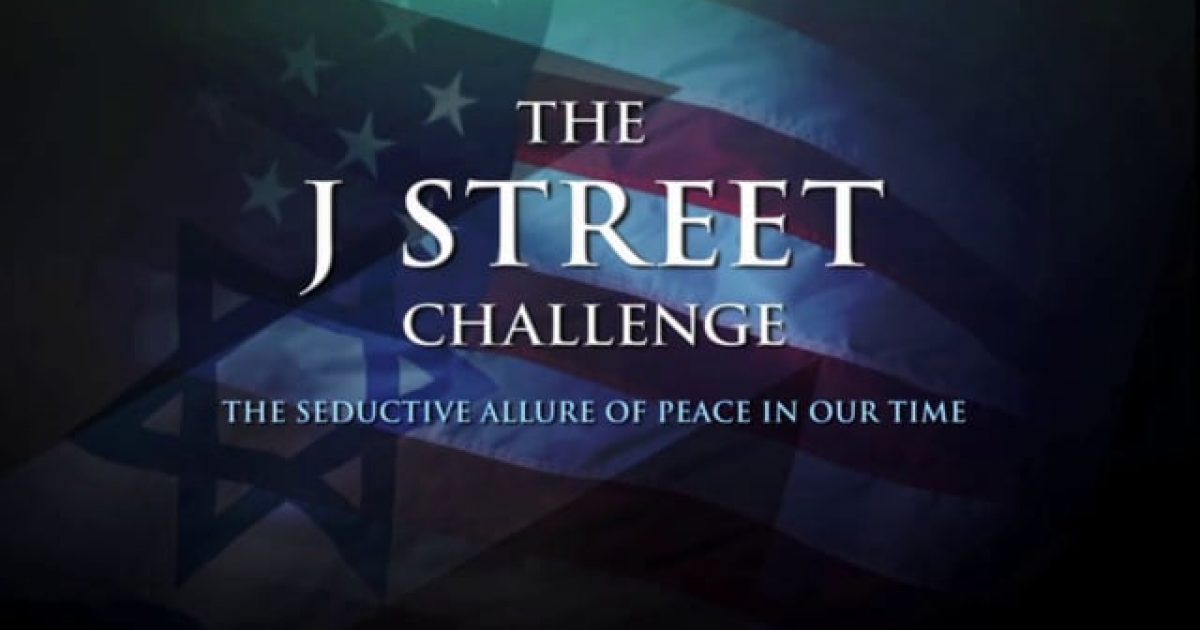 Terrorist group Hamas agreed with the Palestinian Authority-ruling Fatah on Wednesday to implement a unity pact, both sides announced in a joint news conference. While the U.S. and Israel both announced their reluctance to deal with a government including Hamas, true to its form, J Street urged the Obama administration to deal with the group which still calls for the violent destruction of Israel.

In a statement released on its website, the pseudo-Israel-advocacy group said:

However, we also recognize several important realities: first, that one makes peace with one’s enemies not one’s friends; second, that Hamas – although weaker today – still has a significant base of political support within Palestinian society; and, third, that overcoming the split between Fatah and Hamas (and between the West Bank and Gaza) has always been a condition for effective resolution of the conflict.


We believe that any Palestinian government must abide by its international commitments, including recognition of Israel and renunciation of violence as a means of achieving its goals in order to play a constructive role in working toward peace through a two-state solution. Were the Palestinian government to reverse course and advance or adhere to Hamas policies in conflict with these principles, there would be almost no chance of peace with such a government or of American aid to it.

J Street ignores that the position of both Israel and the U.S.: if Hamas renounced terrorism, recognized Israel’s right to exist, renounced violence and agreed to recognize existing agreements, they would deal with the terrorist group. The terrorist group continues to refuse those basic conditions. J Street continues:

The best way to test this is for the US to put a clear choice before the Israelis and the Palestinians. That is precisely why J Street has called today for the United States to put forward a framework for a two-state deal that sets out parameters for resolving the core issues of the conflict.

Again, J Street is ignoring the truth. The U.S. did put forward a framework for a two-state deal. In fact both the U.S and Israel believed a deal between the parties was close. But the Palestinians broke the one of the agreed-to conditions for the negotiations and went straight to UN organizations for official status.

The US State Dept. announced that it will not force Israel to negotiate with the Hamas terrorists:

In Washington State Department spokesperson Jen Psaki said the US was troubled by the announcement [of Hamas joining the Palestinian govt.] which “could seriously complicate” negotiations to extend peace negotiations.

“This certainly is disappointing and raises concerns about our efforts to extend the negotiations,” she said.

“It is hard to see how Israel can be expected to negotiate with a government that doesn’t believe in its right to exist.” She also indicated there could be broader implications for an array of US policies towards Palestine, including aid, should Hamas enter into government without abiding a set of principles, including recognition of Israel, agreement to previous agreements, and a commitment to non-violence, dictated by Washington.

The J Street Challenge: The Seductive Allure of Peace in Our Time (Trailer) from Peace Tolerance on Vimeo.

For more about J Street, watch the trailer for “The J Street Challenge” embedded above.