On Friday The Media Reported That An Oklahoma Hospital Had Turned Away Gunshot Victims Because Of People Overdosing On Ivermectin. 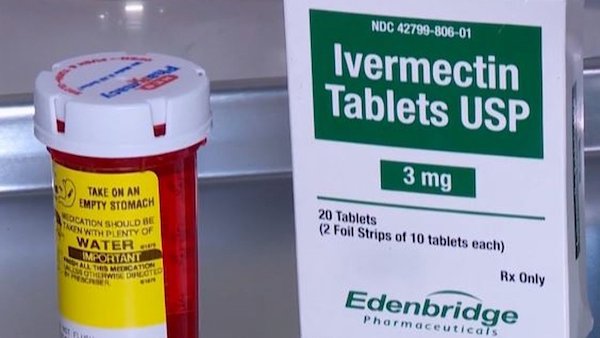 All-day Friday and Saturday, left-wing media sources were pumping up their fans by “reporting” that an Oklahoma hospital had been forced to turn away gunshot victims because it was jammed with people overdosing on ivermectin. But by Sunday, the story was debunked as fake news.

Liberals have been attacking ivermectin by calling it a “horse deworming” medicine that is toxic for humans. Their reason for attacking the drug is because some have begun using it to recover faster from the coronavirus or prevent it from incapacitating those with the virus.

Whatever the use for the drug, leftists have made it a political issue, so when an Oklahoma doctor came out to claim that gunshot victims are being turned away because crazed Trump supporters are overdosing on ivermectin, the story was ready-made for leftists looking for a political attack. Generally left out of the news reports is that the drug was developed for humans. The two people who developed Ivermectin received the 2015 Nobel Prize in Physiology or Medicine for their work on the drug.

The left’s new hero, Dr. Jason McElyea, told KFOR-TV that “the [emergency rooms] are so backed up that gunshot victims had hard times getting to facilities where they can get definitive care and be treated” because people with COVID-19 are allegedly overdosing on ivermectin.

The story was too good to check for the leftist media.

The usual fake news media went mad for the story. Democrats immediately began pushing the fake news, and then the mainstream media outlets picked it up, including the New York Times (which linked to KFOR’s story), The Hill (which later deleted its story), Newsweek, The Guardian, Insider, bigoted MSNBC host Rachel Maddow, and dozens more.

But by Sunday, the whole story fell apart. It turns out that the claim is simply false, and the doctor who made that claim doesn’t even work for the hospital system in question.

Although Dr. Jason McElyea is not an employee of NHS Sequoyah, he is affiliated with a medical staffing group that provides coverage for our emergency room. With that said, Dr. McElyea has not worked at our Sallisaw location in over 2 months.

All patients who have visited our emergency room have received medical attention as appropriate. Our hospital has not had to turn away any patients seeking emergency care. We want to reassure our community that our staff is working hard to provide quality healthcare to all patients. We appreciate the opportunity to clarify this issue and as always, we value our community’s support.

“I can’t speak for what he has witnessed at other facilities, but this is not true for ours,” she explained. “We certainly have not turned any patients away due to an overload of ivermectin-related cases. All patients who have come into our ER have been treated as appropriate.”

In other words, the whole story is garbage, and the left pushed it for two days without once double-checking to see if their doctor source was telling the truth.

Many of the stories we hear about ivermectin, good or bad, are nonsense. I would strongly recommend you not take ivermectin or any medication to cure COVID-19 unless you were told to take it by a doctor.