Its 3 am, Do You Really Want an Insomniac for President? 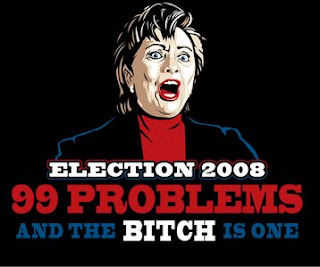 Mark Steyn agrees –he also thinks that Hillary needs to chill out and take a nap.

It’s 3 AM
Do you know where your campaign is?

Three o’clock in the morning

And it looks like it’s gonna be another sleepless night . . .

That’s Crystal Gayle from the opening of her hit song, “Talking In Your Sleep,” Number One on the Billboard Country charts in 1978. No, hang on a minute, it’s Hillary Clinton’s new campaign theme.

In Crystal’s case, her sleepless night was caused by her husband lying next to her talking in his sleep, moaning in ecstasy and whispering sweet nothings to some other gal. But Hillary learned to snore through that a long time ago. In the Clinton scenario, the 3 AM sleeplessness is caused by the presidential hotline on the nightstand alerting her to some sudden global crisis. In her first three-o’clock-in-the-morning ad, the phone was ringing because of a national-security emergency: al-Qaeda had hijacked nuclearized passenger jets or some such heading our way. Who do you want answering the 3 AM call? A tough, experienced, battle-hardened president like President Rodham Clinton, who landed by plane during a nuclear strike on the Balkans in the mid-Nineties yet still managed to have a smile and personalized greeting for each of the Fourth Graders there to greet her with radioactive floral bouquets? Or some callow, untested youth like Barack Obama, whose experience of taking international phone calls is very limited due to the fact that in his Jakarta boyhood President Sukarno was the only guy in Indonesia with an outside line?

Well, the answer turned out to be: Neither of the above. The McCain campaign gleefully told reporters they’d be happy for Hillary to carry on running the ad for another six months: If incoming-at-three-in-the-morning is the issue, Senator McCain’s your man, and he was very grateful to the Clinton campaign for funding his most effective TV ad to date.

It’s 3 AM, and your children are safe and asleep. But there’s a phone ringing in the White House and this time the crisis is economic. Home foreclosures mounting, markets teetering.

Jeepers, will all business during the Clinton Administration be transacted at 3 AM? Is it some union-negotiated flex-time deal? “Home foreclosures mounting”? We’d better wake the President. There are now so many foreclosures the banks can no longer foreclose on everyone they need to foreclose on during normal banking hours. “The First National Bank of Dead Skunk, Maine has begun issuing midnight foreclosure notices, Madam President.”

“Er, well, maybe this can wait till the regular afternoon meeting.”

It’s 3 AM, and your children are safe and asleep. But there’s a phone ringing in the White House. And ringing and ringing and ringing. Kim Jong-Il’s No Dong missiles are heading for every major West Coast city, but the President’s not picking up because at 2.57 AM the Secretary for Soccer Moms called to alert her to the growing crisis caused by the lack of federally mandated children’s bicycle helmets. When the powder keg goes up, who do you want in the White House? Hillary Rodham Clinton, whose customized MCI Friends & Family & European Foreign Ministers & Overseas Dictators plan allows her to receive unlimited incoming calls between 2 AM and 4 AM? Or John McCain, who’d bawl out the White House operator for waking him up to take a call from the Director of the Federal Bike Path Agency?

As Scott Fitzgerald famously said, in the real dark night of the soul, it’s always three o’clock in the morning, day after day. And so it goes in the real dark night of the Clinton campaign, day after day. When Hillary got into her wee spot of bother over her concoction of the corkscrew landing under enemy fire in Tuzla, she wiggled out of it by putting it down to sleep deprivation. Is she spending too many nights up at three in the morning? In the latest ad, when she picks up the phone at 3 AM to take the emergency foreclosure breaking-news update, she’s got perfect hair and make-up, and she’s immaculately dressed. Is having to get up at 2 AM to put her face on for the 3 AM campaign ad causing her to retreat into Bosnian war fantasies?

Whoa! That’s quite a line. But it’s a measure of Hillary Clinton’s increasing isolation that she has to use it herself. If she were running against Bush in 2000, the media would have used it for her. If she were in better shape for ’08, aides and supporters would be deploying the line against Obama. Geraldine Ferraro acknowledged a simple truth about Barack — that a white guy with this thin a resume would be hooted off the stage — and she’s the one who got hooted off the stage. This week, Randi Rhodes, the excitable anchorette of the flailing liberal radio network Air America, dismissed Mrs. Ferraro as “David Duke in drag,” and for good measure called Hillary “a big f***ing whore”. Senator Clinton was the establishment candidate running in a party addicted to novelty (in candidates, that is; its policies remain mired in the Sixties). Hill calculated that, given the Dems’ deference to identity politics, her gender would give her enough novelty to sail through. But Obama trumped that, and now it’s eternally three in the morning and the phone doesn’t stop not ringing. She’s like Frank Sinatra in Harold Arlen and Johnny Mercer’s all-time great saloon song:

It’s quarter to three
There’s no one in the place except you and me . . .

Superdelegate Jon Corzine, Governor of New Jersey and an early supporter of Hillary, now says that if she doesn’t win the popular vote he’ll switch to Obama. Senator Pat Leahy of Vermont says she needs to throw in the towel for the good of the party.

Well, that’s how it goes
And Joe, I know you’re getting anxious to close . . .

They’re locking up the joint, and no matter how many nickels she drops in the jukebox it won’t play “Hail To The Chief.” Any minute now she’ll be caught off-mike reprising the “I can’t believe I’m losing to this guy” line. But this is the way the Clinton era ends, not with a bang but a self-pitying whimper:

We’re drinking, my friend
To the end of a [long] episode
Make it one for my baby
And one more for the road.

It’s 3am. Do you know where your campaign is?