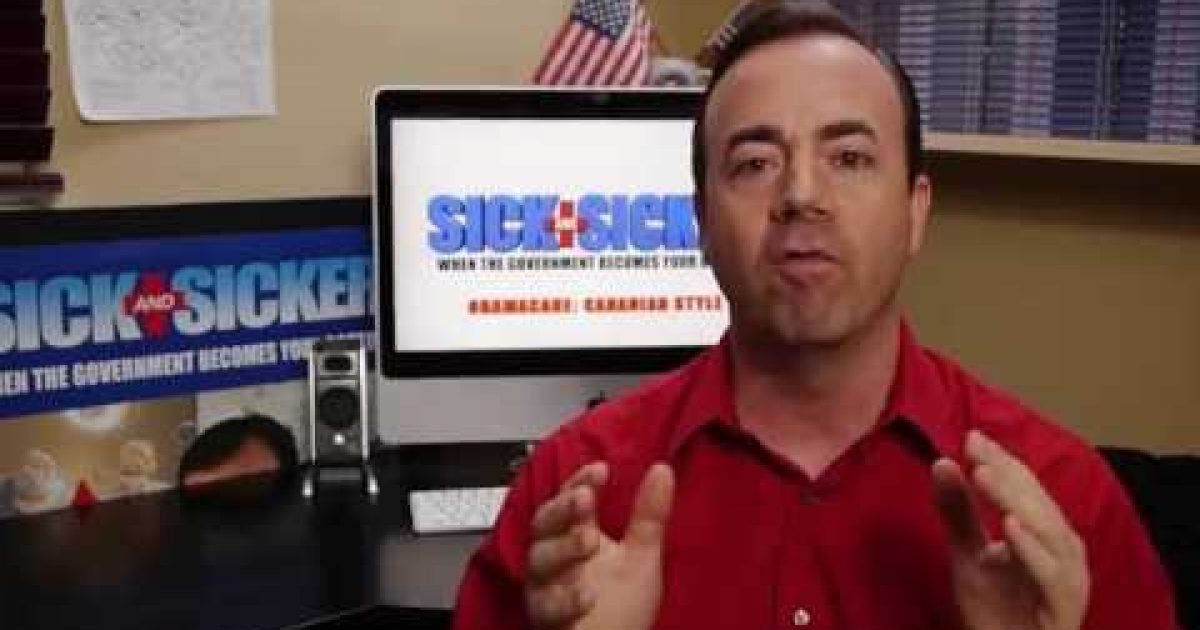 Logan Clements, producer of “Sick and Sicker: ObamaCare Canadian Style,” a new movie that criticizes Obamacare, claims to be the latest case of a conservative being attacked by the Obama IRS. Clements announced via press release and YouTube video that he is being audited for the first time ever.

Clements points to the audit of Breitbart.com, the FEC arrest of Dinesh D’Souza, and the Justice Dept. subpoena of AP phone records as other examples of Obama Administration attacks on the conservatives.

“I had never been audited before I made this movie,” he says in the YouTube video above. “There seems to be a pattern here.” He adds that the IRS is demanding a “ridiculously long list” of documents, including “a detailed description of all transactions related to all prior year returns and supporting documentation.”

“It sounds like a fishing expedition by the IRS to tie me up for a very long time in retaliation for making a movie against Obamacare,” Mr. Clements says. “Perhaps they were hoping that voters wouldn’t see my movie before the election by keeping me tied up in a battle with the IRS. Well, in fact, their action is going to have the complete opposite effect.”

The producer promises to fight back by getting his message out before Nov. 4 by releasing his film immediately to entire states online using a “statewide open screening license.” “Sick and Sicker” makes the case that Obamacare will eventually lead to socialized medicine with all the problems of the Canadian system (a trailer for the movie is below).