Israel’s Prime Minister has Nothing but Praise for President Trump 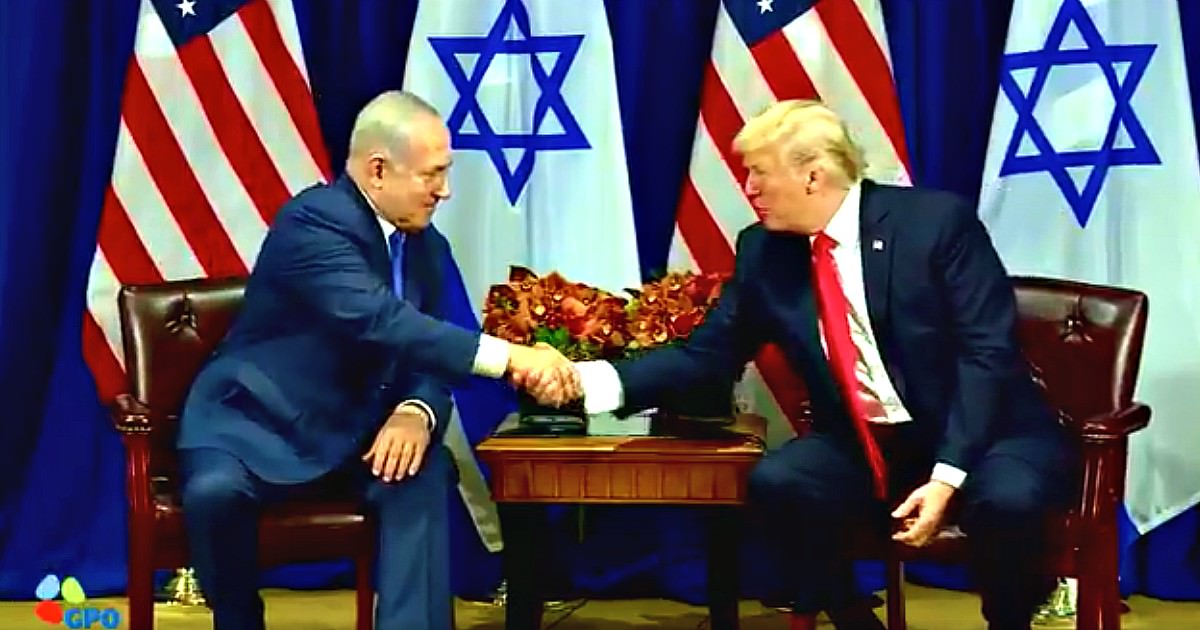 President Trump’s recent speeches before the United Nations have divided the commentariat. The left sees his commentary as a sign of the apocalypse, the right sees it as an affirmation that we are returning to greatness. It’s hard to know which side is being the most dishonest with their responses, or which side will be proven correct.

One person who isn’t unsure of how we should react to the President’s U.N. speeches is Israel’s Prime Minister, Benjamin Netanyahu.

Netanyahu had a definitive gut reaction to Trump’s commentary before the U.N. and it was one of “shock and awe.”

This is some of what Netanyahu was shocked, and awed by…

Trump to the UN on Iran: "The Iranian government masks a corrupt dictatorship behind the false guise of democracy" https://t.co/w77yjbPOx9 pic.twitter.com/SjSjmUrmKP

The Israeli Prime Minister took to Twitter many times over the course of the last few days to praise the President and to extoll the special relationship between our two nations.

PM: Under @POTUS Trump, America's position towards Israel with the @UN has been unequivocal; it's been strong; it's got clarity & conviction pic.twitter.com/Z7uPpDPy3Q

PM Netanyahu on @POTUS Trump's speech at #UNGA: In over 30 years in my experience w/ the UN I never heard a bolder or more courageous speech

PM: @POTUS spoke the truth about the great dangers facing our world and issued a call to confront them to ensure the future of humanity.

PM Netanyahu: I look forward to discussing how we can address together what you rightly called the terrible nuclear deal with Iran pic.twitter.com/1cxx5nekBs

Prime Minister Benjamin Netanyahu at his meeting with @POTUS Donald Trump: "The alliance between US and Israel has never been stronger" ???????????????? pic.twitter.com/tStDKhs4pA

PM Netanyahu at #UNGA: Israel is deeply grateful for the support of the Trump Administration, the American Congress and the American people.

You can see the Prime Minister’s response to President Trump’s brutally honest assessment of the UN’s mistakes:

In his own speech before the United Nations, Prime Minister Netanyahu also offered praise and heartfelt thanks to President Trump.

Bibi Netanyahu to the UN " When Trump visited the Western Wall he touched our hearts forever” pic.twitter.com/b4RHzE8GTi

President Trump was just as warm in his love for Israel and his gratitude towards his good friend Benjamin Netanyahu.

Such an honor to have my good friend, Israel PM @Netanyahu, join us w/ his delegation in NYC this afternoon. #UNGA https://t.co/YEHWjdtQx8 pic.twitter.com/jwU4e8Yk8A

Secretary of State Rex Tillerson may have put it best when he summarized the differences between President Obama and President Trump in clear and succinct terms:

While the left may whine and moan about President Trump’s personality, and his methods, the reality is that over the last 8 months he has accomplished more positive movement on the foreign policy front than President Obama did in 8 years.

ISIS has collapsed upon itself and is on the brink of extinction as a “caliphate.” China has acquiesced to us on trade, and has begun exerting more pressure on North Korea while also separating themselves from the rogue nation over the last few months. Trump has spoken clearly and strenuously about the dangers of a nuclear Iran, while leaving Obama’s bad Iran deal in place to showcase that it is Iran and not the USA that is failing to do their part. Mexico and Canada are at the table again to renegotiate better terms for NAFTA, and illegal immigration has fallen exponentially. The President isn’t the only reason that things are going so well for us abroad, but his policies, plans, and rhetoric have all played a big role in getting us back to a position of leadership on the world stage.

Nothing the left says can take away from that.

Reposted with Permission from Constitution.